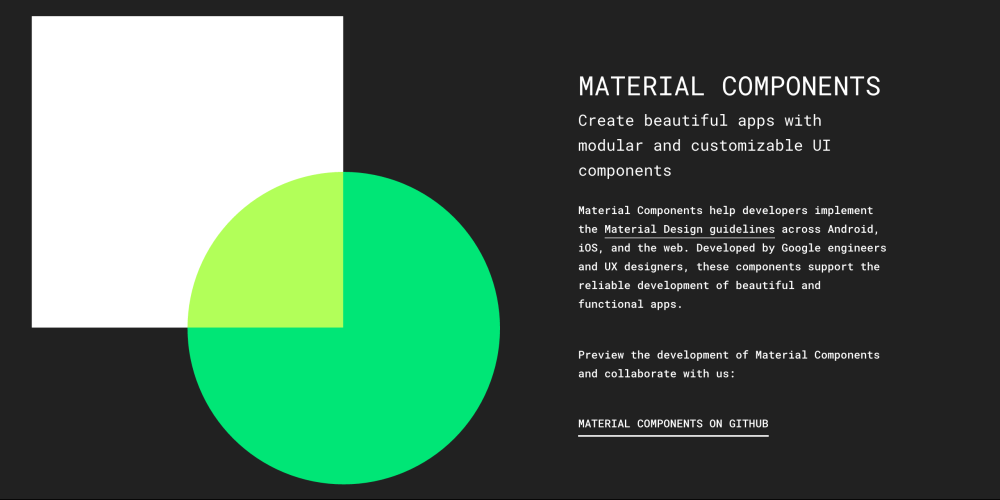 After expanding Material Design to encompass design and prototyping tools, a new suite of modular and customizable UI components will make it easier to design apps in accordance with Google’s guidelines. Material Components will help developers implement Material Design on Android, iOS, and the web, with a preview now live on GitHub.

Material Components (MDC) were developed by a core team of engineers and UX designers at Google to make it easier for third-party developers to create using Material on mobile and the web.

On Android, Components are based on the current Design Support library used by developers, with DesignLib receiving continual releases as part of Android’s SDK. Development of MDC will occur on GitHub, with stable versions synced to the Android SDK based on the normal release schedules.

For iOS, Material Components integrates with Apple’s standard development tool chain. Specifically, it is written in Objective-C and supports Swift and Interface Builder.

The web version of MDC is the successor of a framework released last July for making Material Design sites. It focuses on creating product-ready components that can be used individually, fast performance, and seamless integration with other JS frameworks and libraries

Material Components are now public on GitHub and allow anyone to preview, contribute, and collaborate. To help developers design on multiple operating systems, the Material Design guideline has been updated with suggestions on when to adapt and convention recommendations for each platform.