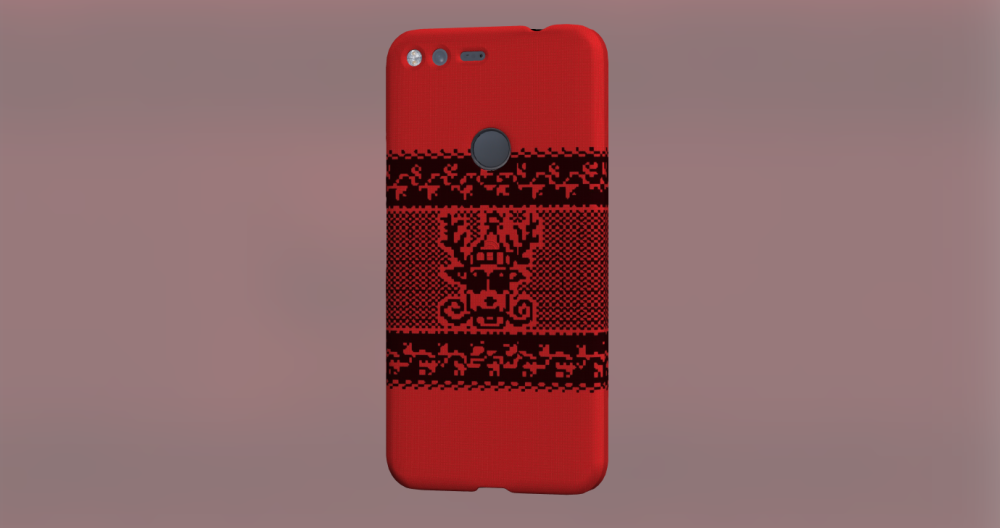 It’s “sweater weather” in NYC today as Google says (some disagree), and that means the Mountain View company is channeling its whimsy and giving away some machine-knitted mini-sweaters to promote the Pixel (which, I might add, is great as a gift for normal people). To complement the occasion, Google is also offering some discounts on sweater- and holiday-themed Live Cases…

First up, you might want to head to the Google pop-up store in New York City at some point this week if you’re a current Google Pixel owner. As you can see in its Snapchat story below, the company’s shop has definitely turned into a “santa’s workshop” of sorts. The company is offering some cute little sweater “cases” to keep your Pixel warm, and you might even win a human-sized sweater to match if you’re lucky enough.

We couldn’t find any official info on times that these festivities are happening, but I would guess you’ll be able to play along if you make your way in at any point this week. You can check out Google’s snapchat story for a closer look if you want.

If you don’t live in NYC (or just aren’t dedicated enough to book a plane ride to get a free mini sweater, psh), then Google still has you covered. As announced today on Google’s “Nexus” Twitter account, you can grab a Live Case for your Pixel or Pixel XL at 15% off. There’s a catch, though. The tweet is wrong — in fact, you’ll be getting a whole $15 off your case as Android Police noticed. For now at least, it seems like the coupon code HOLIDAYLIVECASE is working for $15 off any Live Case.

It's sweater weather in NYC. Follow us live @Google on Snapchat to get knit at our #pixelsweater pop-up. ❄️ pic.twitter.com/X4v2o3PY2u