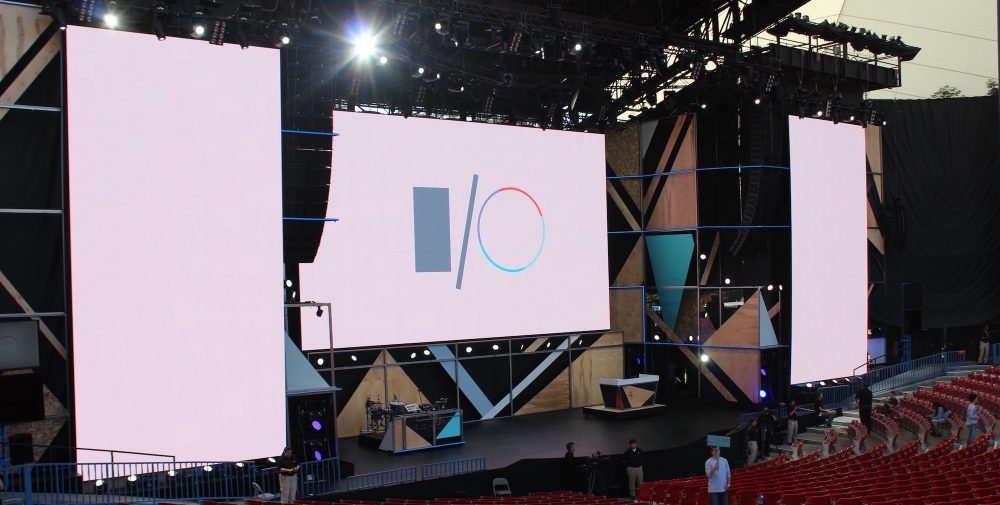 Update: Nope, that report was wrong. It’s actually going to be at Shoreline again!

This year’s Google I/O was held at the Shoreline Amphitheatre in Mountain View to mark the 10th anniversary of the company’s first developer day at their headquarters. For next year’s event, Google is returning to the more traditional Moscone Center in San Francisco (via TechCrunch).

Shoreline was a much larger venue with over 7,000 developer attendees this year, in addition to other Google engineers, designers, and product managers. The main keynote was held on a stage usually reserved for large concerts, with smaller ones strewn across the parking lot. Due to the vast amount of space, there was a real Burning Man vibe with art and tech displays placed throughout.

Meanwhile, the ballroom used to host the main keynote at Moscone West only has a capacity for 6,075 people. It will be interesting to see how many developers will be able to attend in person.

I/O is usually held in mid-to-late May, but in the past has been held as late as June. This year’s event lasted three days, while the past two Moscone events have only been two days in length. General admission tickets usually cost $900, while a select number of academic ones are available for $300 with valid identification.

This year’s event was officially announced in early January with more details available and registration opening up in early March.