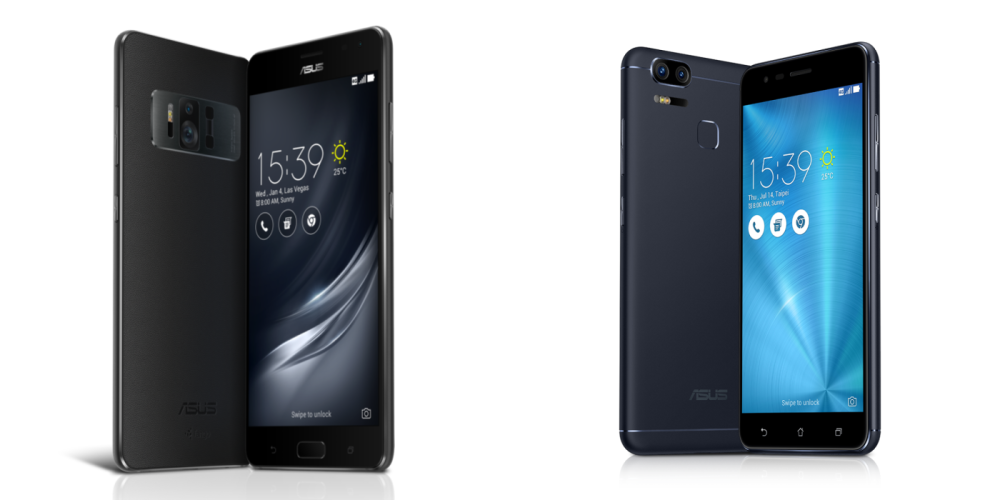 Leaked by Qualcomm earlier in the week, Asus has officially announced the ZenFone AR at CES 2017. Notable for being the first device to be both Tango-enabled and Daydream-ready, it was announced alongside the camera focussed ZenFone 3 Zoom.

Besides the known Snapdragon 821 processor, the ZenFone AR can have up to 8GB of RAM — depending on the region — powering the AR and VR experiences. To optimize for Daydream, there is a 5.7-inch 1440 x 2560 super AMOLED display paired with a new “immersive” five-magnet speaker that supports High-Res Audio and DTS virtual surround sound.

For Tango, there is a three-camera system consisting of a 23MP main camera and two others for motion-tracking and depth-sensing. This gives the ZenPhone AR area learning capabilities to interpret images, videos, space, and motion.

Asus notes that the device was made in close conjunction with Google and that the two companies are partnering with well-known brands to bring Tango AR experience to customers. At the moment, there are 30 or so Tango apps on the Play Store.

Meanwhile, the ZenFone 3 Zoom is the second iteration on the camera phone concept. Slimmer than the original, it features a dual-camera system composed of a 12MP, f/1.7-aperture, 25mm wide-angle main lens and a dedicated 12MP, 56mm camera for 2.3X optical zoom.

Additionally, it has a large 5,000mAh battery — rated for 6.4 hours of non-stop 4K video shooting or 40-day standby on 4G— and is only 7.9mm thick. The 5.5-inch AMOLED display is only in HD resolution, but is covered with Gorilla Glass 5.

Other specs include a Snapdragon 625 processor with availability slated for this February. Meanwhile, the ZenFone AR does not have a firm release date beyond Q2 of 2017.