Google unveiled the 2nd generation Chromecast a little over a year ago now, but now we’re getting a new look at what the device could have looked like had it launched in some alternate reality. A Google patent that went public last week — first filed in 2015 — shows a sleeker “media streaming device” with a Chrome logo affixed on the front and an integrated power cord…

There are a few things — besides the Chrome logo — that tip us off that this was very likely a considered alternative design for the 2nd generation Chromecast. The patent we found was originally filed just a couple weeks before the 2nd gen. Chromecast launched, and figure 1 is described as “a perspective view of a media streaming device showing our new design.” Obviously this isn’t the design that Google went with in the end, though.

Another thing that strongly points to this patent reflecting a potential Chromecast design is its inventors. First up is Kristen Beck, who was the industrial design lead for Google’s “Living Room” team at the time — responsible for hardware products like the Chromecast. A second inventor listed on the patent is Michael Sundermeyer, who is Director of UX for Google Home products and claims the 2nd gen. Chromecast as one of his most recent examples of work on his website. 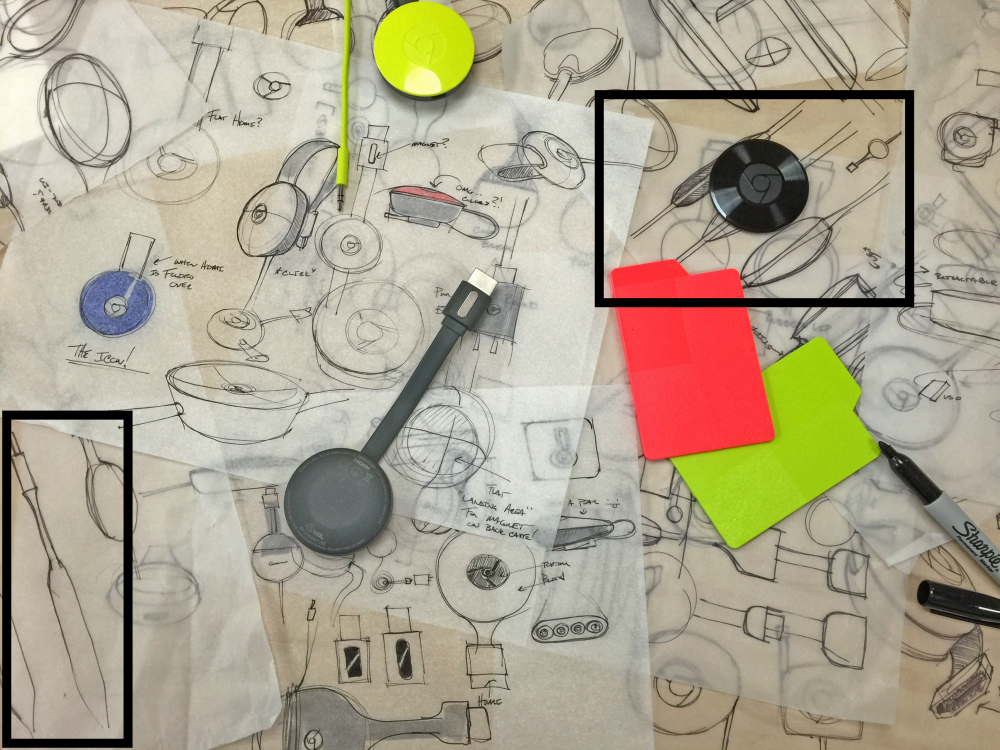 The final and clearest evidence we have that this patent indeed reflects a design that Google considered for the 2nd gen. Chromecast is an image the company shared when it detailed the new Chromecast in 2015. As you can see in the above image, there were a few design sketches that look a lot like the sleek design shown in this patent. Interestingly, these are the only sketches shown in this image that seem to stray from the bulbous design that we ended up with in the final product.