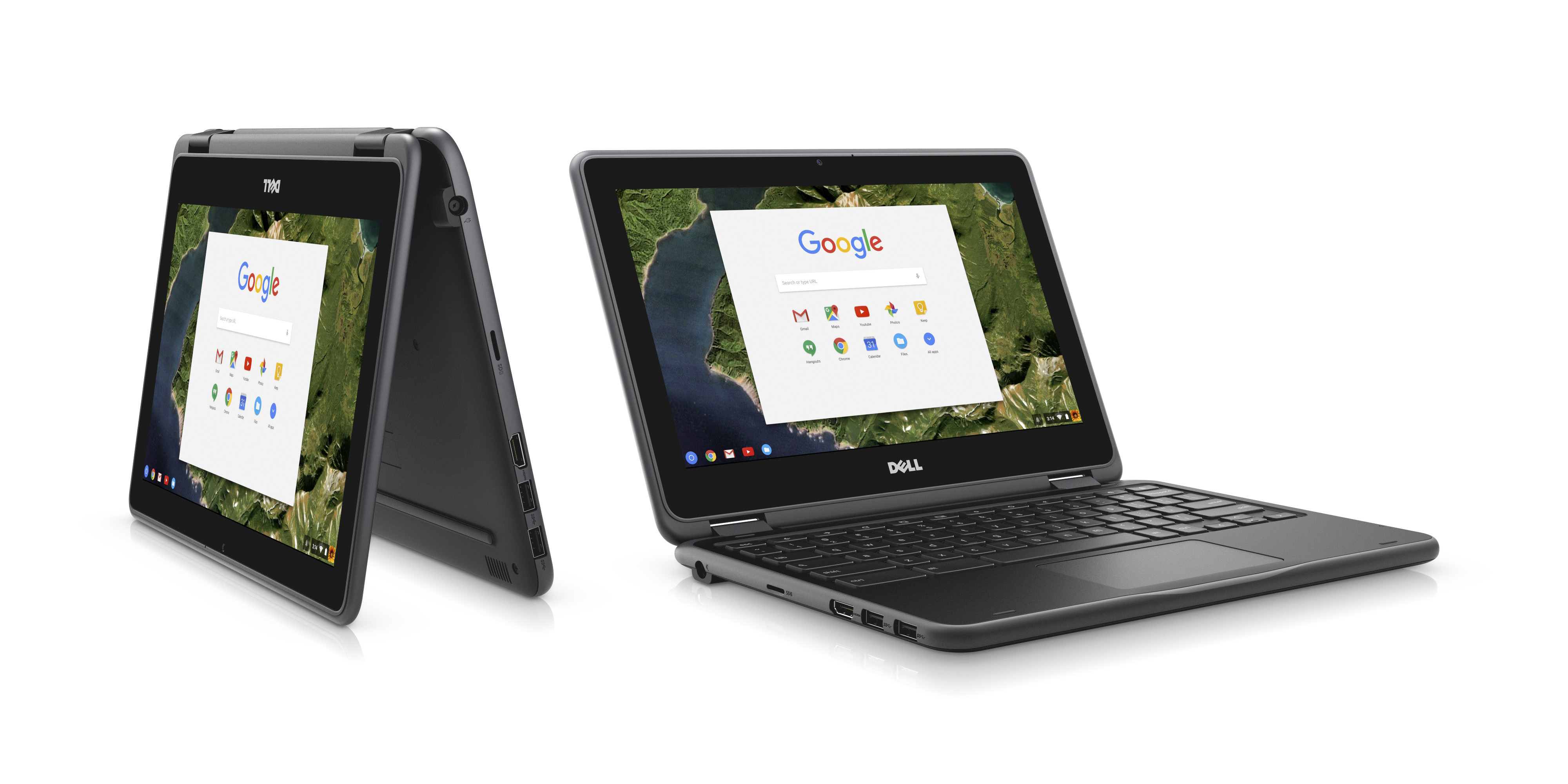 2017 is looking up for Chrome OS with a renewed focus on education, the expansion of Android apps, and tons of new hardware. Just this month we’ve seen the debut of new ‘flagship’ Chromebooks from ASUS and Samsung, as well as new models from the likes of Acer. Today, though, Dell is stepping in with three brand new Chromebooks, all designed for the education market.

The big story here, though, is the Chromebook 11 Convertible. This 2-in-1 machine offers a “fully-sealed” keyboard, rubberized corners for increased durability, and of course that 11-inch touchscreen display. Unfortunately, that touchscreen can’t be used with Dell’s “Productivity Active Pen” like the Windows-powered model. However, the laptop can be configured to include a camera on the inside which can be used when the machine is in tablet mode, and packed inside you’ll find an Intel Celeron chipset, but Dell has yet to release information on RAM allotments.

The Chromebook 11 and Chromebook 13, on the other hand, are just your average Chromebooks. Both offer Intel Celeron chipsets, but the Chromebook 13 can be upgraded to include a Core i3 chipset. Dell claims all-day battery life from both machines, as well as including the same sealed keyboard and rugged design.

Update: Dell has reached out to confirm that the Chromebook 11 Convertible will not work with a stylus, rather only the Windows model will work with the pen. The article has been updated to reflect this.