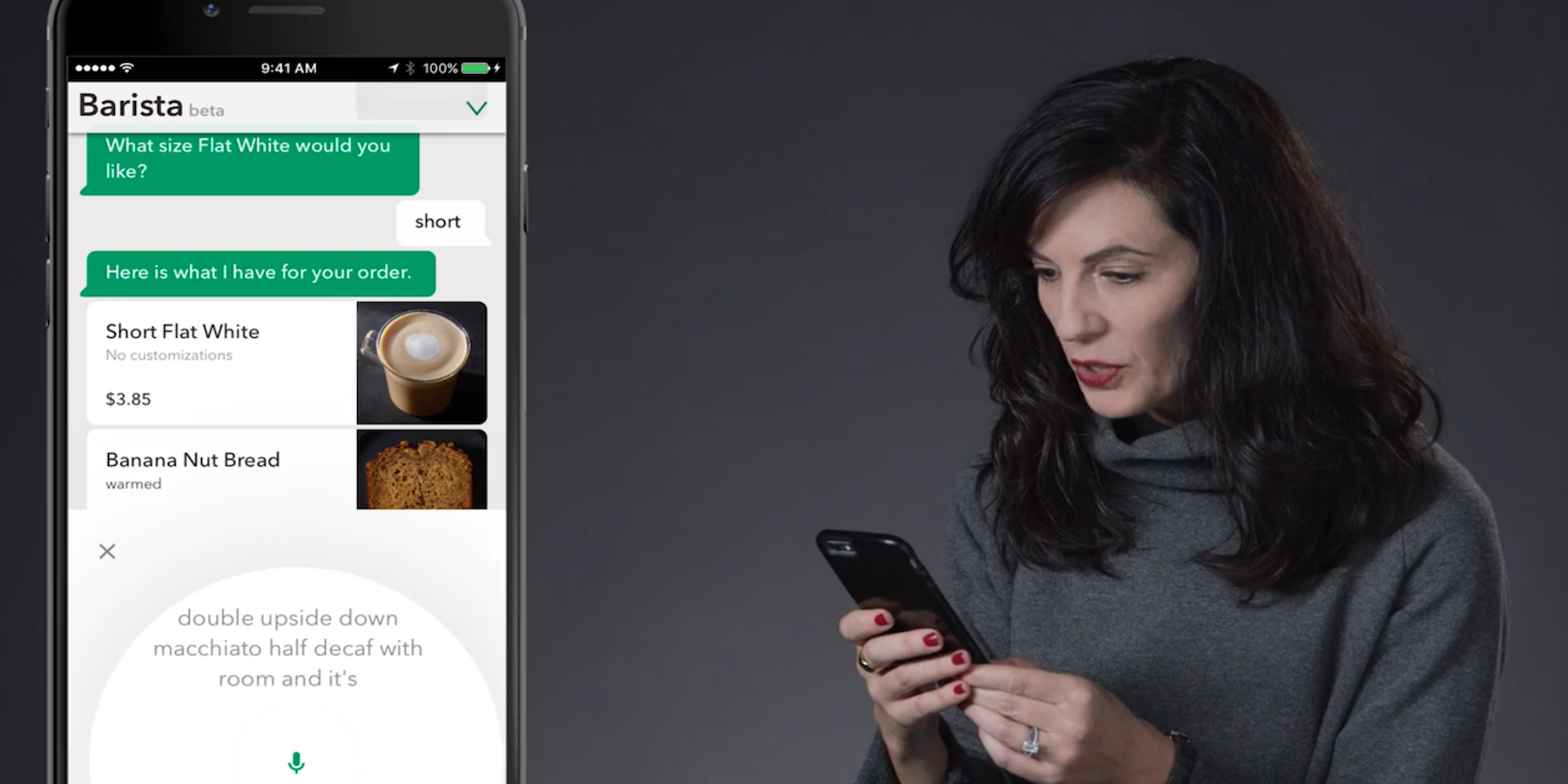 Starbucks is rolling out a new feature in its mobile app called My Starbucks barista that will let customers order drinks with voice commands by speaking to a virtual AI barista, the company announced today in a press release. The feature will be arriving to Android devices later this year and is also coming to Amazon Alexa and Echo via a new Reorder skill.

On top of speaking to the virtual barista to order drinks by voice, users can also send text messages to the AI and order that way if preferred:

My Starbucks® barista, is powered by groundbreaking Artificial Intelligence (AI) for the Starbucks® Mobile App. The integration of the feature within the mobile app allows customers to order and pay for their food and beverage items, simply by using their voice. The messaging interface allows customers to speak or text just as if they were talking to a barista in-store, including modifying their beverage to meet their personal preference.

The feature will be available through the existing Starbucks app for iOS only at first as it rolls out slowly over the year. The company noted that the new feature is an extension of the app’s Mobile Order & Pay service that already lets users order and pay before arriving.

In addition, it’s launching support for Amazon Alexa to allow users of Echo and other Alexa-enabled devices to reorder with voice commands: The Starbucks Reorder Skill for Amazon’s Alexa platform leverages Starbucks Mobile Order & Pay technology, allowing customers to order their “usual” Starbucks food and beverage items as they move throughout their day. Customers simply need to say “Alexa, order my Starbucks,” giving them the ability to order their usual items from their store wherever they have an Alexa device.

For now the app is launching in beta for a small portion of users of the Starbucks iOS app (around one thousand across the US), but the company plans a wider roll out for later this year during the summer followed by an Android launch.