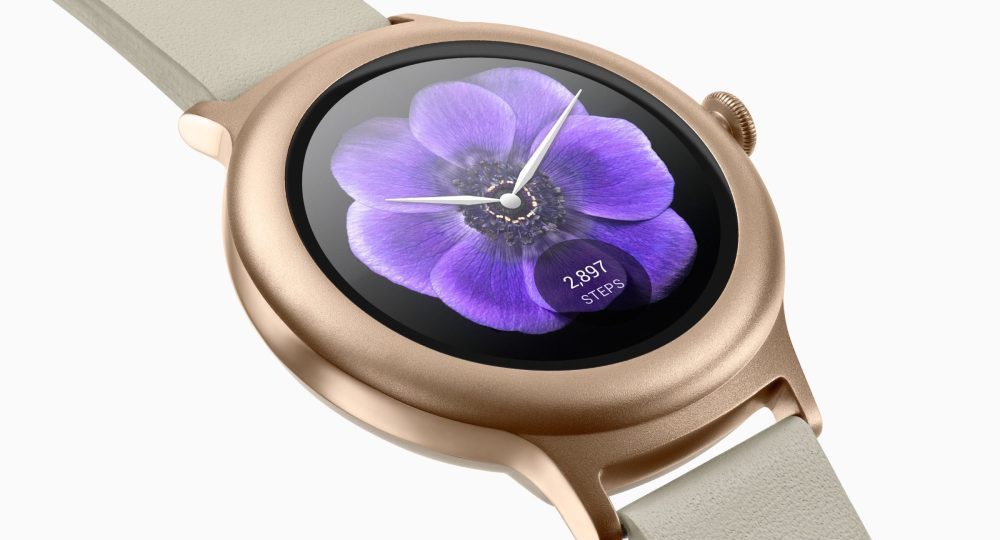 Google and LG announced the LG Watch Style and Watch Sport this morning, and there are plenty of reviews for the new smartwatches already pouring in. We’ve yet to get our hands on units (our reviews are on the way!), but so far it looks like the consensus is about what I expected: There’s lots of new useful features in the latest — albeit delayed — version of Android Wear, but in a variety of ways, these watches don’t show it off as well as they could…

Engadget notes that Android Wear is all grown up with 2.0 in its review of the LG Watch Sport, which is about what we would expect with a software update that Google worked on for more than a year.

During the week I’ve been testing the Watch Sport, there’s one thought I’ve kept coming back to: Android Wear is all grown up. More importantly, performance is mostly smooth now. Obviously, the robust hardware helps keep things running nicely, but Android Wear has never felt this fast or flexible, even on watches with basically the same components.

And Time says Android Wear 2.0 is a lot easier to navigate:

Among Android Wear 2.0’s biggest improvements is how much easier it is to navigate. It’s simpler to launch apps, manage notifications, and customize watch faces. On round watches, like the LG Watch Style I used to review the upgraded software, the app menu leans into the device’s curves as you scroll, resulting in a smooth aesthetic I prefer over the Apple Watch’s bubbly launch screen.

Android Wear 2.0 also opens up a lot of possibilities for those who use an iPhone as the device they want to pair their Android Wear watch to. The Verge notes the benefits of Android Wear 2.0’s built-in Play Store:

If you are using a Wear 2.0 watch with an iPhone, you’ll be able to install apps on the watch without having to go through Apple’s App Store. This makes Android Wear a much more feasible option for iPhone users than before, but it still doesn’t support iMessage, so not everything is golden.

But while Android Wear 2.0 might have a lot of useful improvements across the board, it’s still not revolutionary. It mostly just brings Android Wear up to par with the competition as TechCrunch notes:

Wear 2.0 doesn’t feel revolutionary. It is, however, a perfectly adequate update that addresses many of the issues with Android Wear. It also puts it on parity with its competitors, like Apple’s watchOS or Samsung’s Tizen.

Ron Amadeo at Ars, in his over 7,000 word review of the two watches and their software, touched on one of the bigger downsides with Android Wear 2.0, however, which is that Google/LG hasn’t fixed the problem of slowness when cold booting. Apparently, Assistant is a frustrating experience:

If you open Assistant and run several queries in a row, it will start to speed up, but you’ll mostly need it during a “cold boot” scenario, and this is where the Assistant fails. It will be off for a long time and loaded out of memory, and you’ll shout “OK Google” or press the crown, and it will laboriously load onto the screen. Even the animations stutter and skip—it’s like it was designed for much more powerful hardware and forced onto a low-end device. 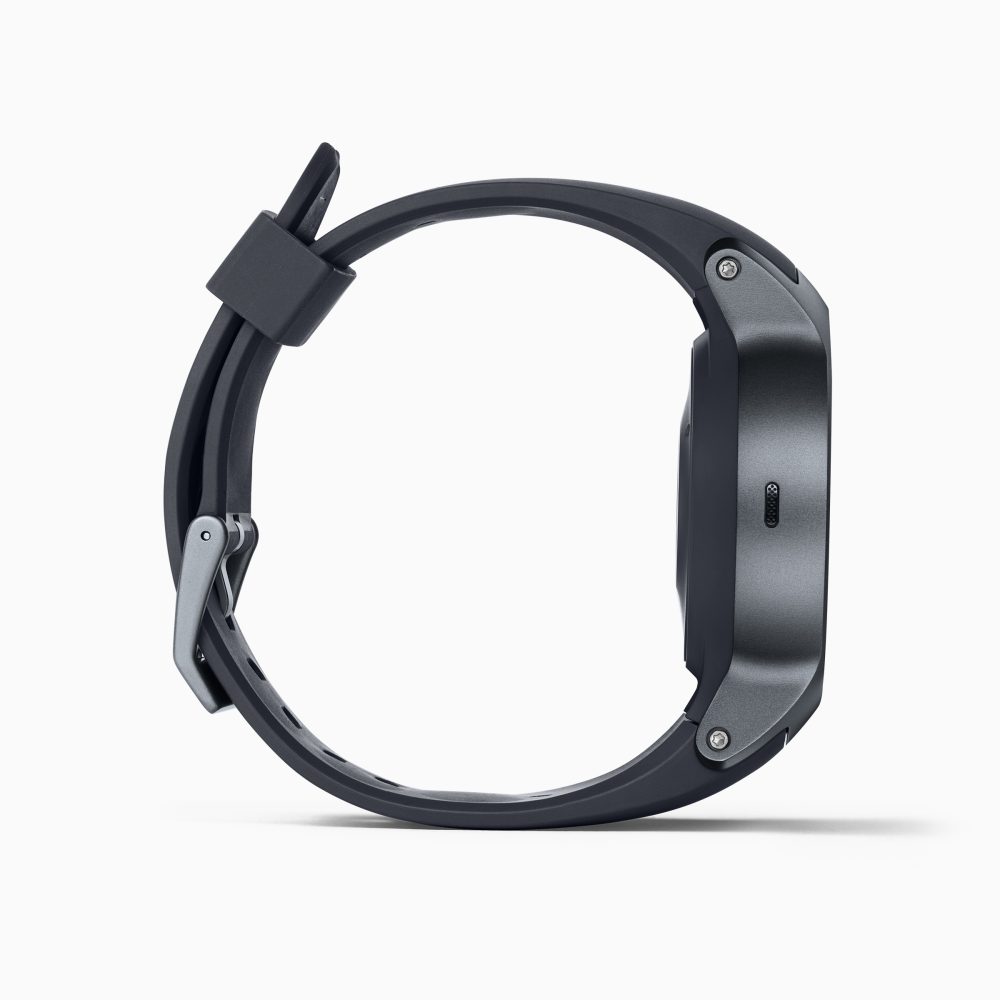 On the hardware side, Amadeo takes note of the LG Watch Sport’s thick and non-exchangeable bands:

As a result of the embedded antennas, the band isn’t entirely flexible—the first inch of the band on each side is rigid. There is no actual hinge connecting the band to the watch, and the rigid band only starts flexing after the antenna section. It might not fit as snugly on smaller wrists as you would expect.

But notes that using the “Digital Crown” is actually a joy:

Scrolling with the crown is a joy. In addition to not obstructing the screen, it’s fast and more precise than touch scrolling. With one or two hard spins, you can be at the bottom of any list. When you need to be more precise, it’s easy to slowly spin the wheel. It’s also great for reading longer messages on the tiny screen.

The Verge says that the LG Watch Sport is — as can be seen in photos — a pretty huge timepiece that probably won’t fit too well on average size (or smaller) wrists:

It’s a big, honking timepiece on your wrist that’s thick, chunky, and has a stiff rubber strap that can’t be swapped out. It isn’t particularly comfortable to wear, either, even on my medium-to-large sized wrist.

One common theme seems to be that overall performance for both watches, while — once again — not revolutionary, has seriously benefitted from Google’s hands-on involvement in some areas. And Richard Gao at Android Police says that performance on the Style is better than expected:

In terms of performance, the Watch Style blows any other Android Wear watch I’ve ever used out of the water. Animations are insanely smooth, lag is virtually nonexistent, and the whole experience just felt effortless.

Wired notes that neither watch really solves the problem of battery life:

Neither model fixes the biggest, thorniest smartwatch problem: battery life. With fairly tame use, I got 24 hours of battery life, though a workout or phone call sends the battery plummeting. Whichever model you get, you’ll charge it every night. Nobody needs another device to charge every night.

Engadget also touches on battery life for the LG Watch Style, but adds that it falls short in a lot of other ways: no NFC (meaning no Android Pay), and some might find its design bland:

Ultimately, the LG Watch Style feels more like a proof of concept than a smartwatch for consumers. It shows how well Android Wear 2.0 can perform when Google collaborates with a device maker to make sure new hardware input methods are integrated properly into the interface. But almost everything else about the Style, from its bland design to its dismal battery life, is disappointing.

Overall, it sounds like these watches are good — and just that. If you look at them spec for spec, you’ll see that they are a lot like what we’ve seen in watches over the last couple years. And while Android Wear 2.0 is definitely a big step forward, it doesn’t really put Google ahead. NFC payments have been available on the Apple Watch for years, for example, and they’re just now coming to Google’s platform — and only to the larger, more bulky watch.

It seems like Google has run into a bit of a technological hurdle with these watches. People want the price and size and design of the LG Watch Style, but they also want NFC (Android Pay) and good battery life. Neither of these watches really have great battery life, and even the larger of the two has a lot of compromises. And I think that’s the conclusion we can take from these reviews: there’s still no smartwatch on the market that doesn’t have substantial compromises.

We’ll have our hands on the watches this week and we’ll let you know our own thoughts soon.