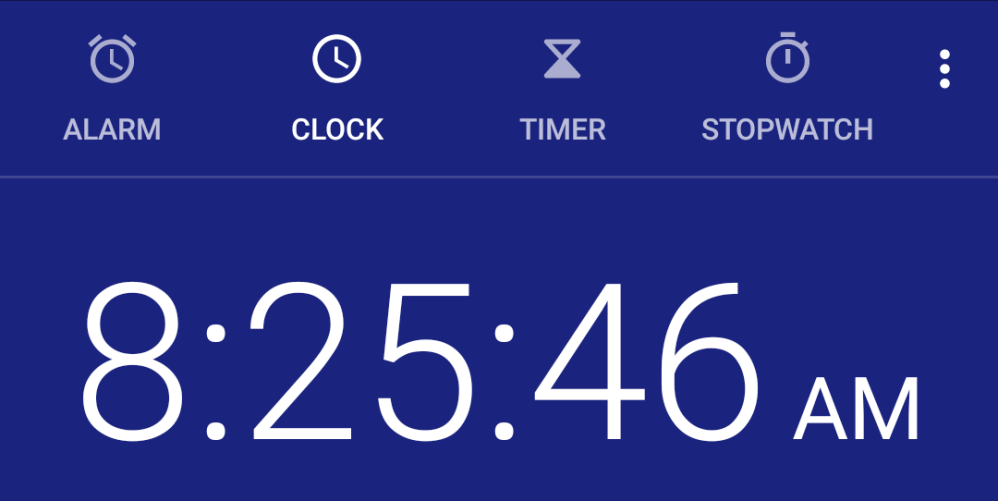 The clock app is a basic, but fundamental and frequently used function on any device. From waking up to setting cooking timers, it’s important for a clock app to be intuitive. An update now rolling out to Google’s Clock app brings some minor tweaks makes the jump to version 5.0…

Compared to version 4.6.1, users will immediately notice that tabs for the four core functions are now larger and clearly labeled. The size increase of the icons should have been enough to help distinguish between the functions, but text labels never hurt.

For those who weren’t aware that you can swipe between the panes, tabs now evenly stretch the full width of the display for easier navigation. (In this writer’s opinion, Google should have probably just switched to a bottom bar navigation.) Additionally, the font is now much bolder as especially evident in ‘Timer.’

In terms of functionality, the ‘Digital’ style for time now has the option to show seconds with a dedicated toggle in settings. Previously, that feature was restricted to the analog mode. Also under the clock functionality, time zones now list how far behind/ahead a displayed city is to your current time zone.

Update: Another new feature is the ability to set any audio file as your alarm or timer sound. Unfortunately, downloaded Play Music songs cannot be selected. Scroll down to ‘Timer sound’ in settings to change.

Version 5.0 of Clock is slowly rolling out now via the Play Store.