Here’s how the Galaxy S8 and Galaxy S8+ compare in size to the Pixel XL, LG G6 & more [Gallery] 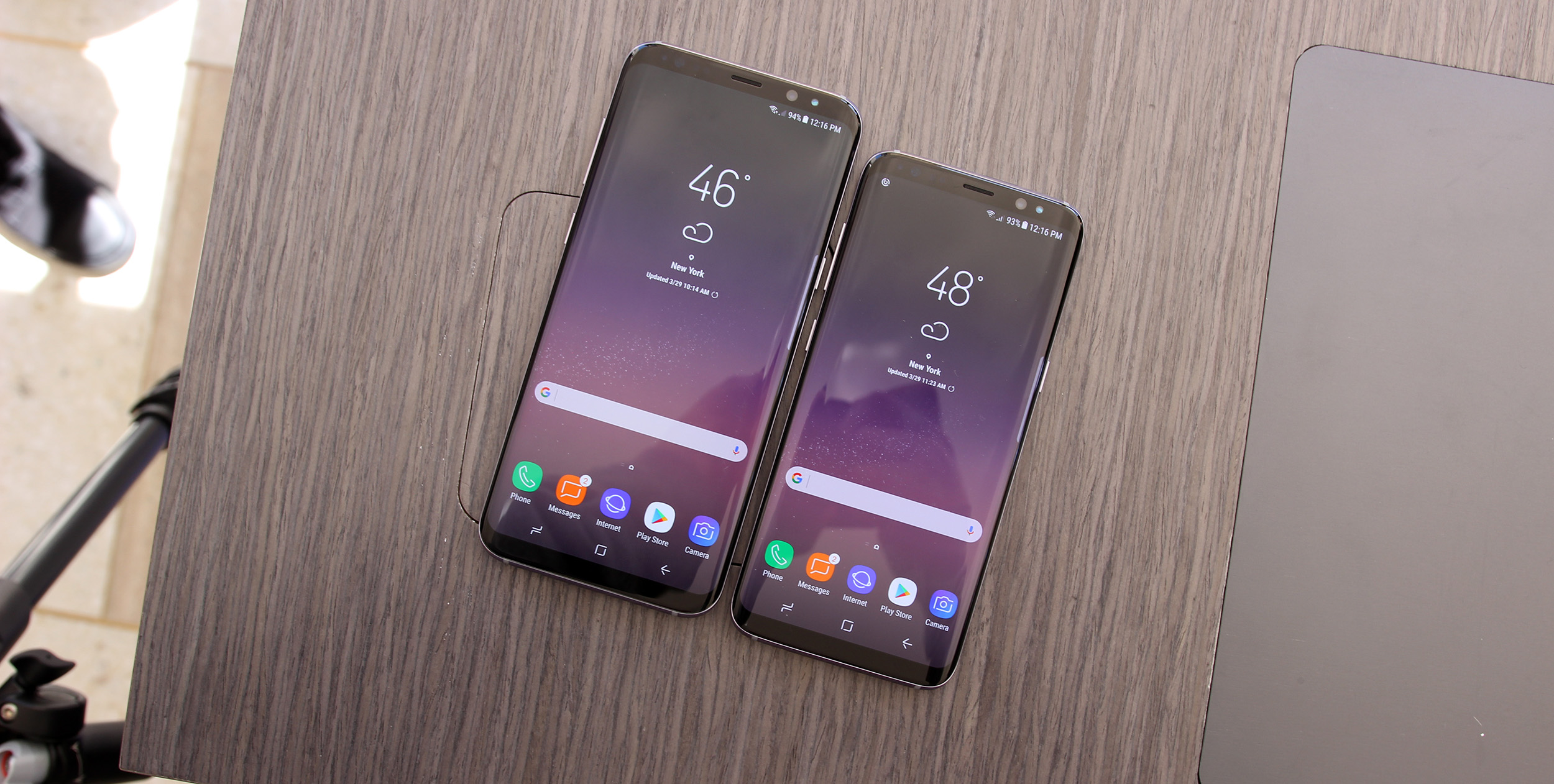 Samsung’s big feature with the Galaxy S8 is the “bezel-light” Infinity Display. Thanks to that, Samsung was able to cram in some massive 5.8-inch and 6.2-inch displays without making the phones too unwieldy. However, you can’t really get a sense of how impressive it is until you look at it next to traditional devices. So, let’s take a look…

At Samsung’s event, I was able to spend some time playing with the Galaxy S8 and S8+, and neither feels huge in the hand. Compared to other phones, it’s truly impressive what Samsung has done. Compared to each other, the S8+ is obviously larger, but not by too much. Personally, it’s the size I prefer.

One of the first devices I put up against the standard sized S8 was the LG G6 — for obvious reasons. Even though Samsung’s display is just a little bit larger, the phone is practically identical in terms of size.

Then, I put the Galaxy S7 up against the S8, and the size difference is amazing. Where the S7 is smaller, it’s not by much, which is impressive considering that the S7’s screen is 0.6-inches smaller…

As for the S8+, I compared it quickly with the Pixel XL and the Huawei Mate 9. While the Mate 9 gets close in terms of overall size and screen size, the difference between the 5.5-inch Pixel XL and 6.2-inch Galaxy S8+ is just laughable.

Overall, it’s pretty impressive. Samsung has managed to create phones with massive displays that don’t feel massive, and personally, I’m a huge fan despite being very skeptical at first. I can’t wait to spend more time with these phones ahead of our review…