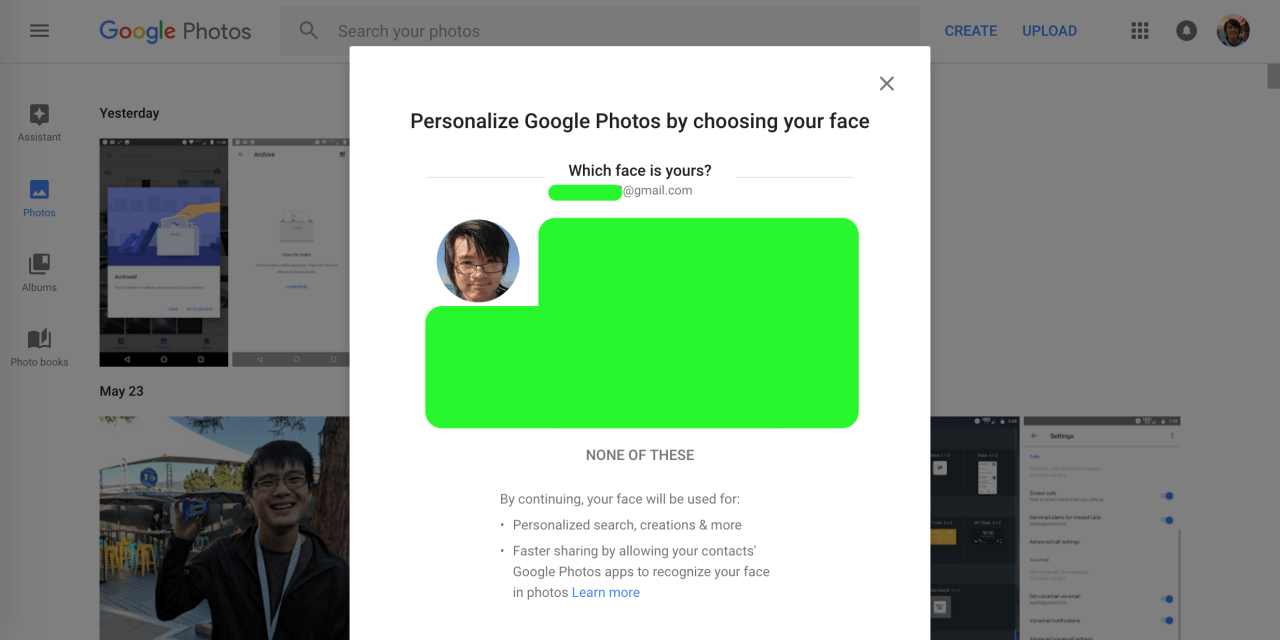 At I/O 2017 last week, Google Photos announced a number of upcoming smart features like Google Lens, Shared Libraries, and Suggested Sharing. It now appears that the latter is laying the groundwork to launch with a new prompt in Photos asking users to confirm who they are.

Visiting the web app this morning popped up a new “Personalize Google Photos by choosing your face” prompt. I was presented with a grid of eight faces, with my own being the first one displayed.

Photos notes that by selecting my face I’d be presented with more personalized search — such as being able to use “me” when searching — and creations, as well as faster sharing by allowing contacts to recognize my face.

The latter is likely part of the Suggested Sharing feature demoed at I/O that uses machine learning to identify and remind your friends to share photos of you. At the conference, Google noted that suggestions would be rolling out with the new Sharing tab in the coming weeks.

Further laying down the groundwork and controlling the privacy aspects is the new Contacts page in Google Photos. Here you can control which contacts “may receive suggestions to share with you based on the face group you’ve labeled” as yourself.

There are a number of pre-suggested contacts based on Google Photos and Gmail, with an overflow menu to manually let you block them.

This prompt is not live for all web users, and corresponding interfaces are not yet available on the Android or iOS app. 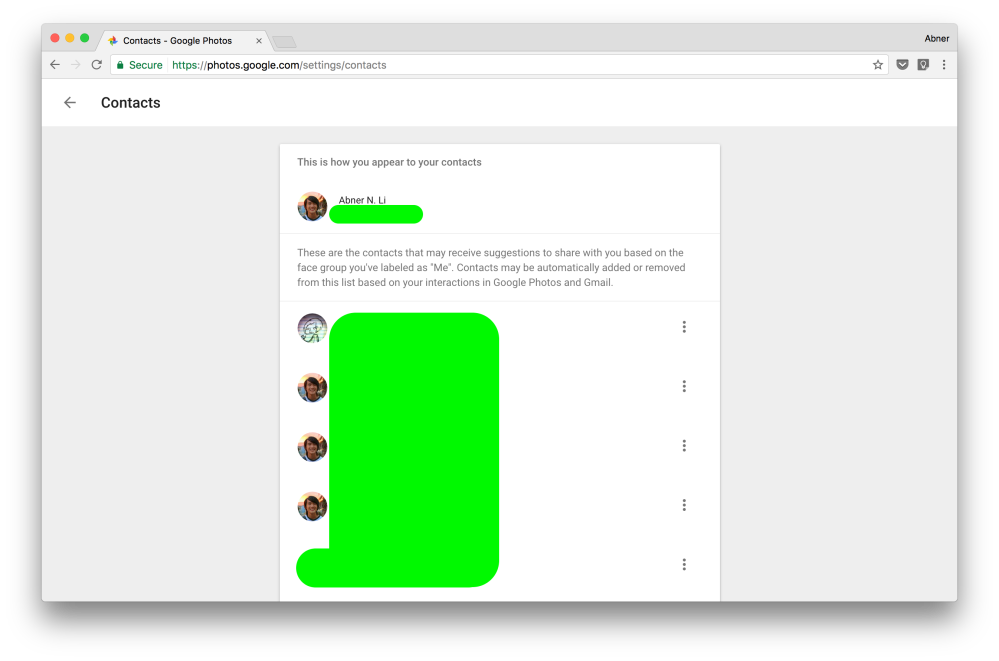