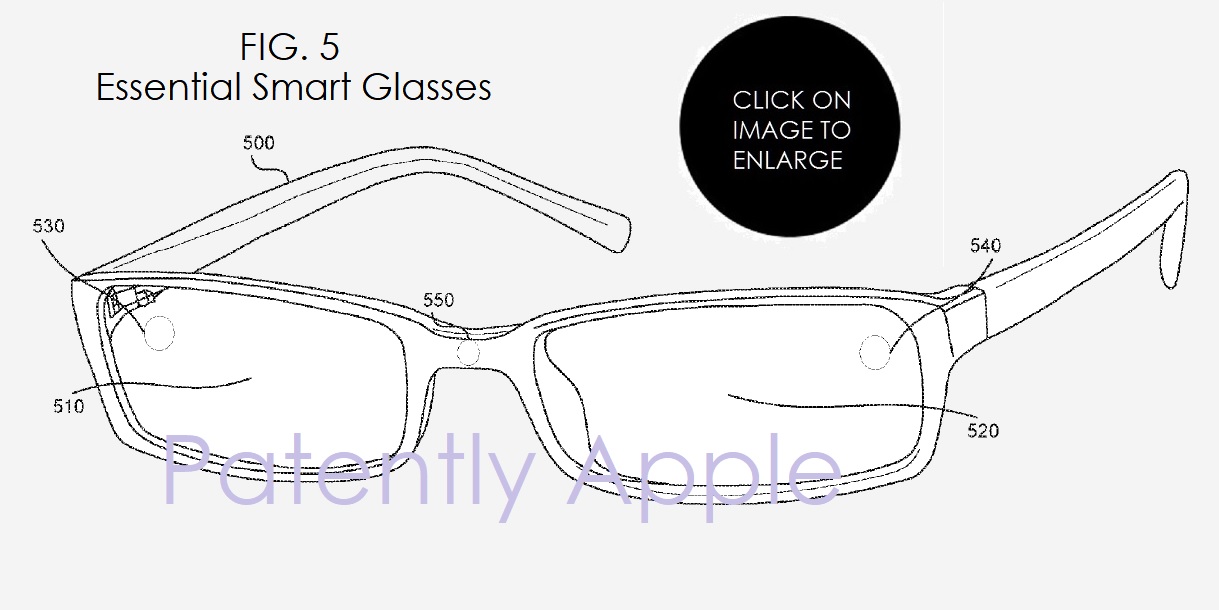 Essential launched its first smartphone yesterday, but the company’s ambitions go far beyond just Android-powered handsets. For one example, Essential also launched the Essential Home, a smart hardware assistant made to go head-to-head with Google Home and Amazon Echo. Now, a patent discovered by Patently Apple suggests the company is also looking into building augmented reality glasses as well…

As you can see in the image above, the base patent seems to depict a device that is a lot less tech-y and futuristic than Google Glass, substituting the prism-over-the-eye for a more traditional pair of glasses that build augmented reality tech directly into the lenses.

The patent describes a “dual-mode” display that packs several cameras (both user-facing and environment facing), and a couple of lenses. These lenses, according to the patent, “can be prescription lenses, photosensitive lenses, sunglass-lenses, etc.”

It’s clear that these glasses would be used for augmented reality applications, as the patent describes:

Of course it’s entirely possible — and perhaps even likely — that the actual appearance of this patent doesn’t actually depict a product in development. All it really tells us is that Essential is working on some kind of AR glasses product in some capacity (but that capacity could be anywhere from basically nothing to nearing completion). Essential has been relatively secretive, so chances are we won’t have any firm idea of what this product will be until it’s actually announced, if it does come to market at all.

Interestingly, Rubin mentioned Google Glass in an interview with Wired that was published yesterday. He said that the product didn’t fail because the technology was bad, but rather that it just wasn’t something the world was ready to wear yet. “You have to slipstream into the ways society works,” Rubin told Wired. Perhaps that’s what Essential hopes to do with this smart glasses project.