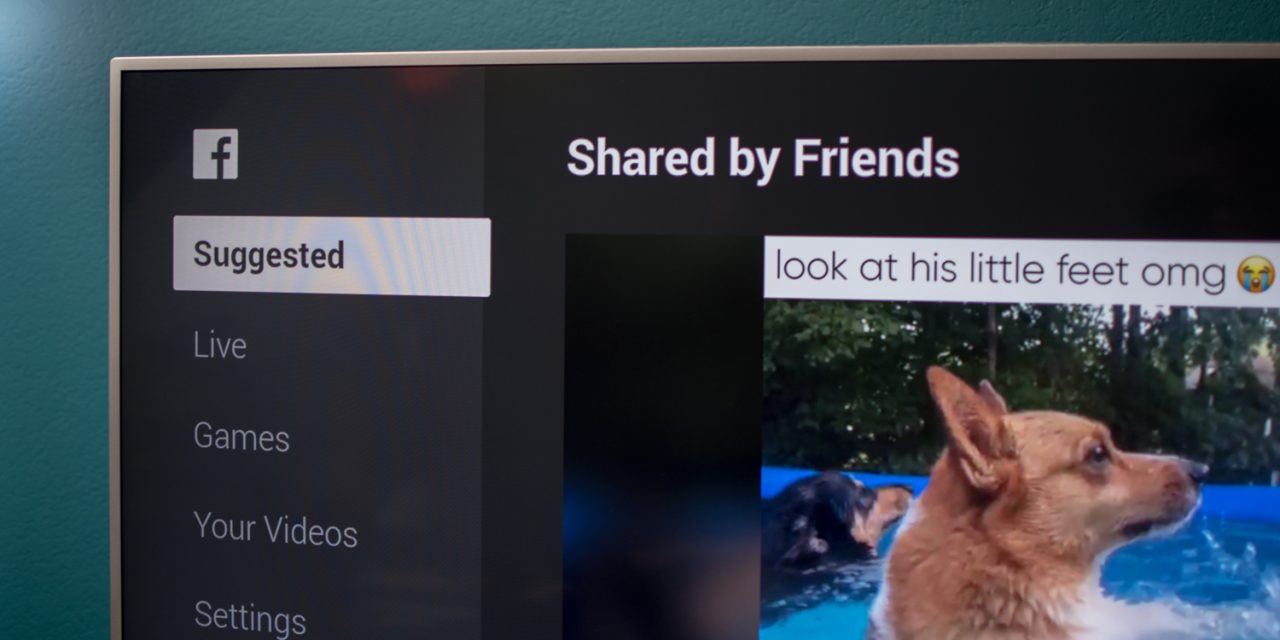 Without actually announcing anything, the Facebook application on the Google Play Store has been updated to also work on Android TV. Don’t get too excited just yet as the application on your big screen won’t actually resemble the news feed found on the web or on your phone. What Facebook does bring to Android TV are all of the different videos that you see plastered around the social network…

As mentioned, there isn’t a new Facebook application made specifically for Android TV. Anyone with a television with Android built-in just needs to go to the Google Play Store download the Facebook app. To sign into your account, you will need to go to facebook.com/device, log into your account, and then enter the code that is displayed on your TV.

Once logged in, you will be shown several different categories of Facebook videos. The first is Suggested, which includes videos shared by your friends as well as other videos that the social network believes you might like. The rest of the categories are Live, Games, and Your Videos. Lastly, there is a settings menu that allows you to sign out of the application.