‘Next big thing’ coming soon to Pokémon Go, hints Niantic, as gyms down for ‘remodeling’ [Video] 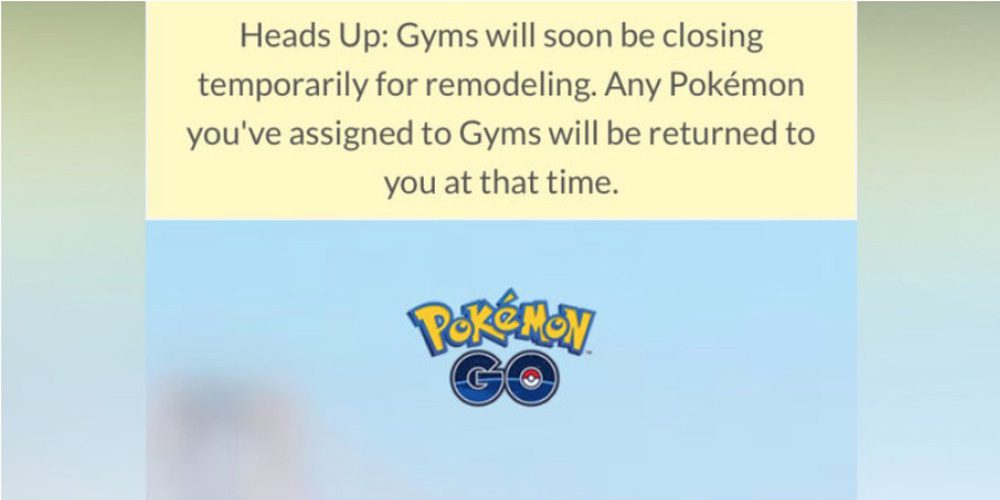 A two-sentence notice on Niantic’s support website hints at a major update to Pokémon Go.

Heads Up: Gyms will soon be closing temporarily for remodeling. Any Pokémon you’ve assigned to Gyms will be returned to you at that time.

While that might not seem much of a clue, it is when viewed in context …

Niantic said at last month’s TNW conference that the company planned to extend the multi-player functionality of the game – and that gyms would play a key role in this.

You know, the gym mechanic is something in Pokémon Go which we really, really want to improve, so that’s gonna be the next big area for us.

The capture mechanic is fun, but you’re a lone wolf, you’re going out there on your own. Maybe you’re with friends, but there’s not that, kind of, connected experience. We think there is an opportunity for collaboration in that area, but more to come on that.

You can listen to the whole conversation in the video below.

The company recently announced that it will be hosting the first official real-world Pokémon Go event in Chicago next month as part of the celebrations for its launch anniversary.