Update: An update to Play Music for Android is beginning to rollout this afternoon. Version 7.9.4921 appears to address the Bluetooth issues that some were encountering earlier today. Head to the Play Store to grab the fix.

Last week, version 7.9 of Google Play Music began rolling out with support for notification channels in Android O and a search history shortcut. After an updated version began widely rolling out yesterday, a number of users have reported the app crashing at launch.

After updating to version 7.9.4920 yesterday, some users have had the app instantaneously crash on launch, with a system “Google Play Music has stopped” dialogue box popping-up. While this is a wide-scale issue, it does not seem to affect all users.

Based on our preliminary testing, it seems that Bluetooth is a likely culprit. Opening Play Music while a Bluetooth device is paired seems to crash the app. However, disabling the connection before launch allows the app to function normally.

Colleagues with a Pixel XL on both 7.1.2 and the latest Android O Developer Preview have encountered the crash, while I have yet to notice any issues on a Pixel running DP3. The only key difference between the two former devices is that Bluetooth was enabled.

Testing on other Nougat and Marshmallow devices while Bluetooth is disabled does not yield any crashes, though there are a number of reports from older OS versions.

Given the issue’s severity, it’s likely that Google will soon issue a patch to remedy the bug. 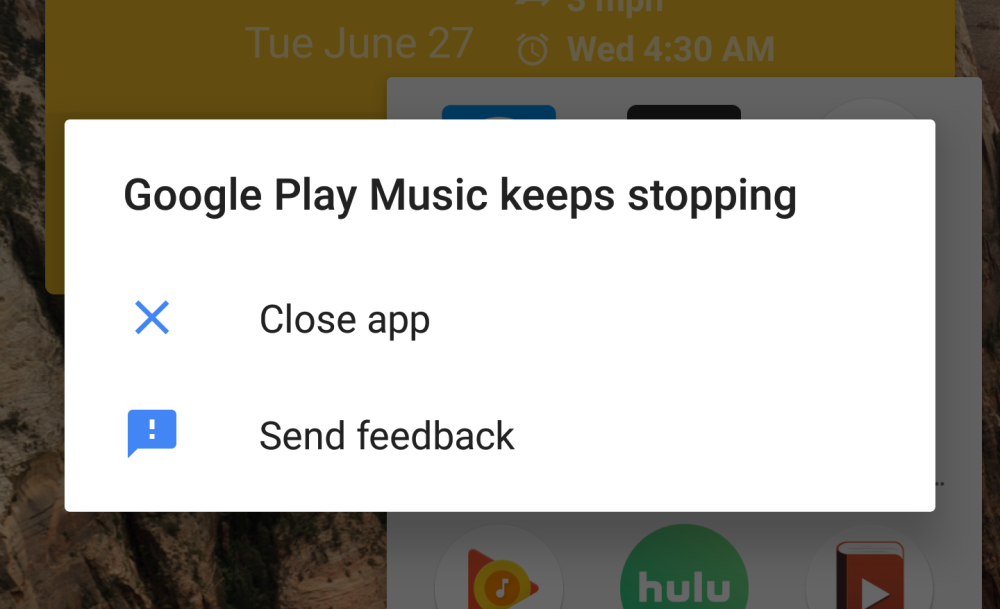