Announced at I/O 2017, Google Home is beginning to rollout support for Bluetooth streaming. This allows the Home to act as another Bluetooth device that can stream music from an Android or iOS device.

Bluetooth support appears to rolling out (via Android Police) with new system firmware version 90387. Several of our Google Home units are still on the previous version 88047 and have yet to see the new feature.

Once on the latest software, heading to Device settings in the Google Home app will reveal a new “Paired Bluetooth devices” option. An “Enable Pairing Mode” button at the bottom of the page allows users to connect a device which then appears on the list above.

After the pairing process, Bluetooth streaming to Home will work like any other speaker. Compared to Google Cast, it has the distinct advantage of not requiring an internet connection.

Bluetooth support is just one of the many features that Google announced at I/O 2017 for Home. Proactive Assistance that provides notifications of useful information, like traffic alerts, and Hands-Free calling are still slated to arrive in the coming months.

Google Home updates occur automatically and for the most part cannot be forced. Version 90387 is still in the process of rolling out to most users, with Google Support documents having yet to list the new Bluetooth functionality. 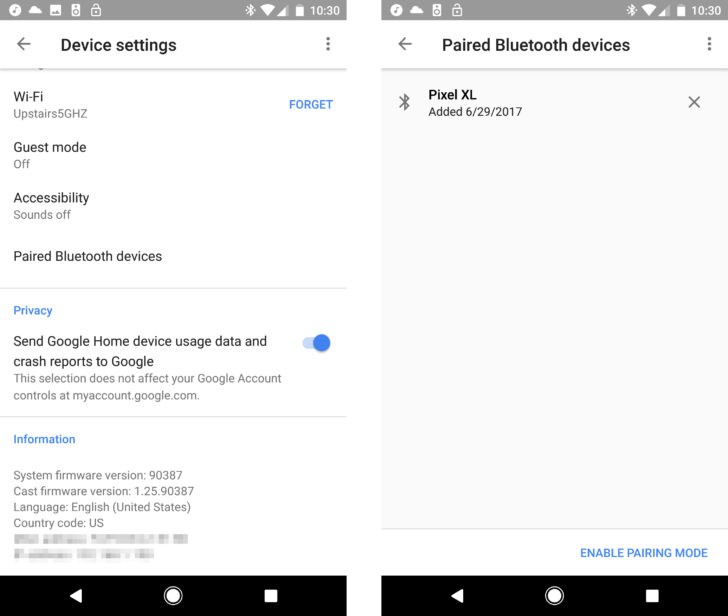