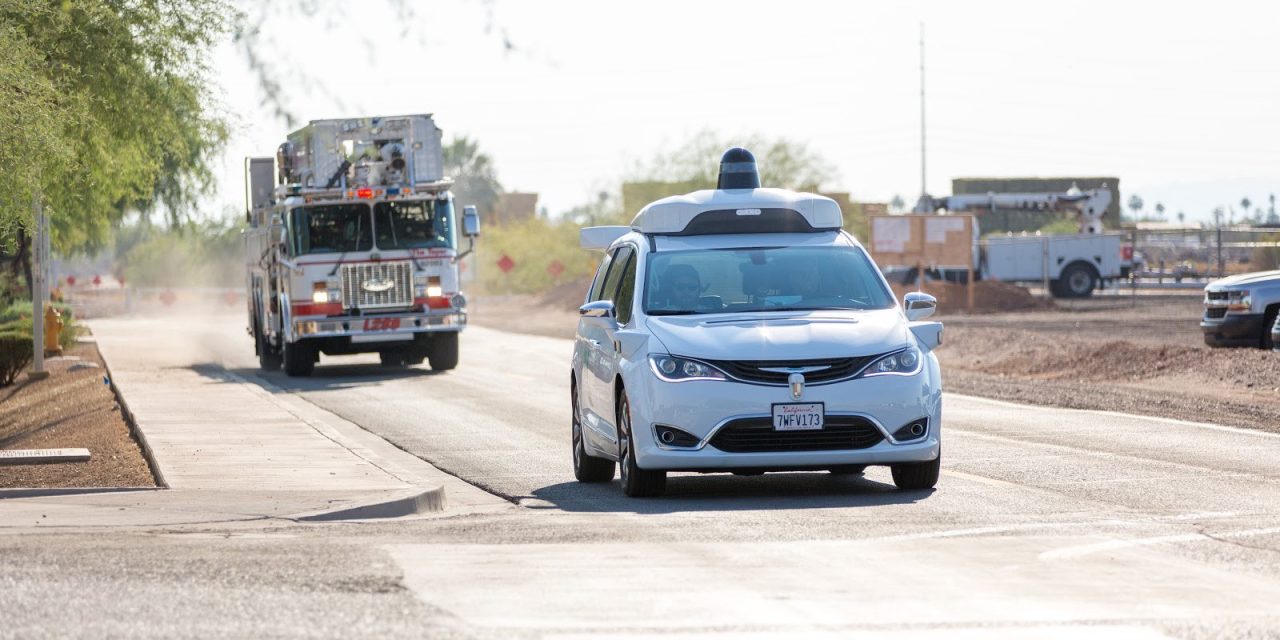 Waymo, Alphabet’s self-driving car company, has been test-driving its custom Chrysler Pacifica minivans in Phoenix, Arizona for the last couple of months. This public-facing testing is to help teach Waymo’s cars and minivans how to drive independently on public streets. Now, the company has been working with a local police and fire department to train the self-driving minivans to better recognize and react to emergency vehicles…

Waymo recently posted on its Medium blog that last month it worked with Chandler Police and Fire on its first “emergency vehicle testing day.” During the exercises, which took place both during the day and into the night, Waymo had police cars, firetrucks, and ambulances follow behind, cross paths with, and lead the self-driving minivans.

This testing used Waymo’s in-house built sensors to collect data on the interactions, all of which will help engineers train self-driving cars to better interact with emergency vehicles of all types going forward.

One of the sensors in the latest Waymo Pacifica’s has the ability to hear sirens and detect in which direction the sound is coming from. With this knowledge, the self-driving minivans have the capacity to decide to yield or pull to the side of the road to let an emergency vehicle pass depending if it’s coming up behind the car or if it’s passing through an upcoming intersection.