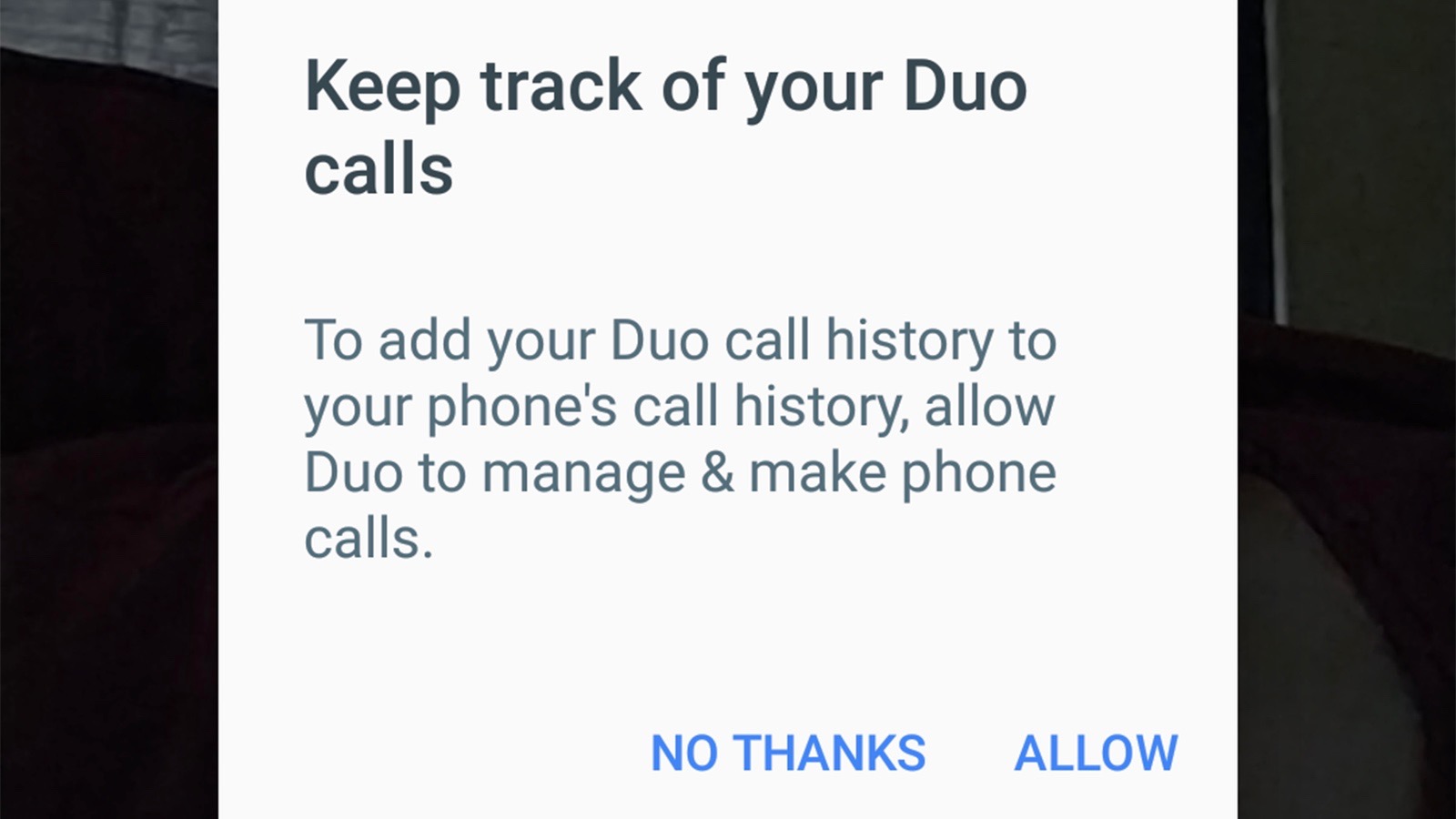 Duo hasn’t quite become the ubiquitous video calling solution Google might have hoped for, but it still has a decent user base thanks to a feature set closely resembling Apple’s FaceTime. Unlike FaceTime, however, there hasn’t been a way to keep record of who you’ve been talking to, until now.

You can make video or voice-only calls to anyone in your contacts with Duo (provided their phone number is attached to Duo), and the Knock Knock feature allows users to see video of who’s calling before they answer, making it a fun and simple way to keep in touch with friends.

With version 14, Duo allows you to add video call history to your phone’s native call log. After making a video call, Duo will automatically prompt you to give access to manage your phone calls.

From there, you’ll start to see any Duo interactions show up just like normal calls in your history, with video calls denoted by a small camcorder icon beneath the phone number. It’s a simple but hugely useful update, and shows that Google is still serious about improving Duo.

You should be able to receive the Duo v14 update directly from the Google Play Store, but if not you can sideload the update from APKMirror.