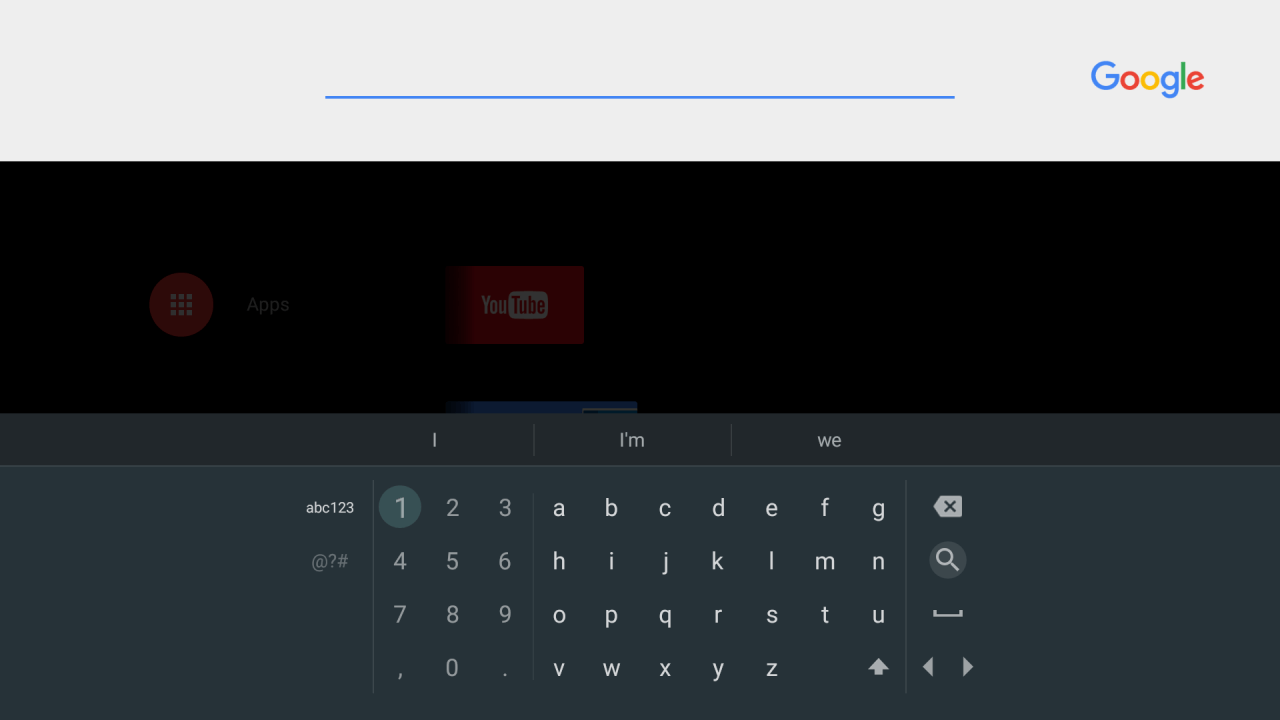 Typing on TVs is something that pretty much everyone hates. Clicking half a dozen times between letter is infuriating, and it’s only made worse when you have a poor keyboard layout. When Google debuted Android TV, input was one of the key things that it fixed. It did that by pushing voice, but that doesn’t always work. Some apps need keyboard input, and Android TV’s keyboard always worked well. Now, though, Google is changing things up…

Google today introduced Gboard for Android TV (via Android Police). One of the best keyboard for mobile devices making its way to the big screen has to be good, right? Well, no. Gboard for Android TV has one big benefit since it how pulls from the same resources as the mobile version, thus offering the potential of faster updates and better stability. However, it also changes the layout of the keyboard.

Rather than using the QWERTY keyboard layout that just about everyone has used for seemingly forever, Gboard for Android TV adopts the alphabetical layout that has shown up on several other TV operating systems, Roku coming to mind immediately.

This layout sees the keys condensed from three wide rows to four smaller ones, with a numerical keypad to the left side. This is the same change we’ve seen in the YouTube app, which now annoyingly has its own keyboard, and other apps like Netflix.

Why we keep seeing this alphabetical layout pop up on TVs, I have no idea. If you ask me, it’s an irritating change that gives the user no benefit, but rather slows them down tremendously. I can understand looking out for those who don’t type regularly on a QWERTY keyboard, but with literally every smartphone and computer using this layout, adjusting things to suit them just makes no sense to me.

Luckily, this change isn’t taking effect just yet. Google has only introduced this new layout in Android O’s developer previews (starting with DP3 as pointed out by Android Police), and the Gboard app doesn’t work with any Android TVs that aren’t running Android O on an x86 architecture. So basically, you need to be running a Nexus Player with the Android O beta to suffer from this new keyboard, for now. On the brightside, at least it’s not Hulu’s keyboard.