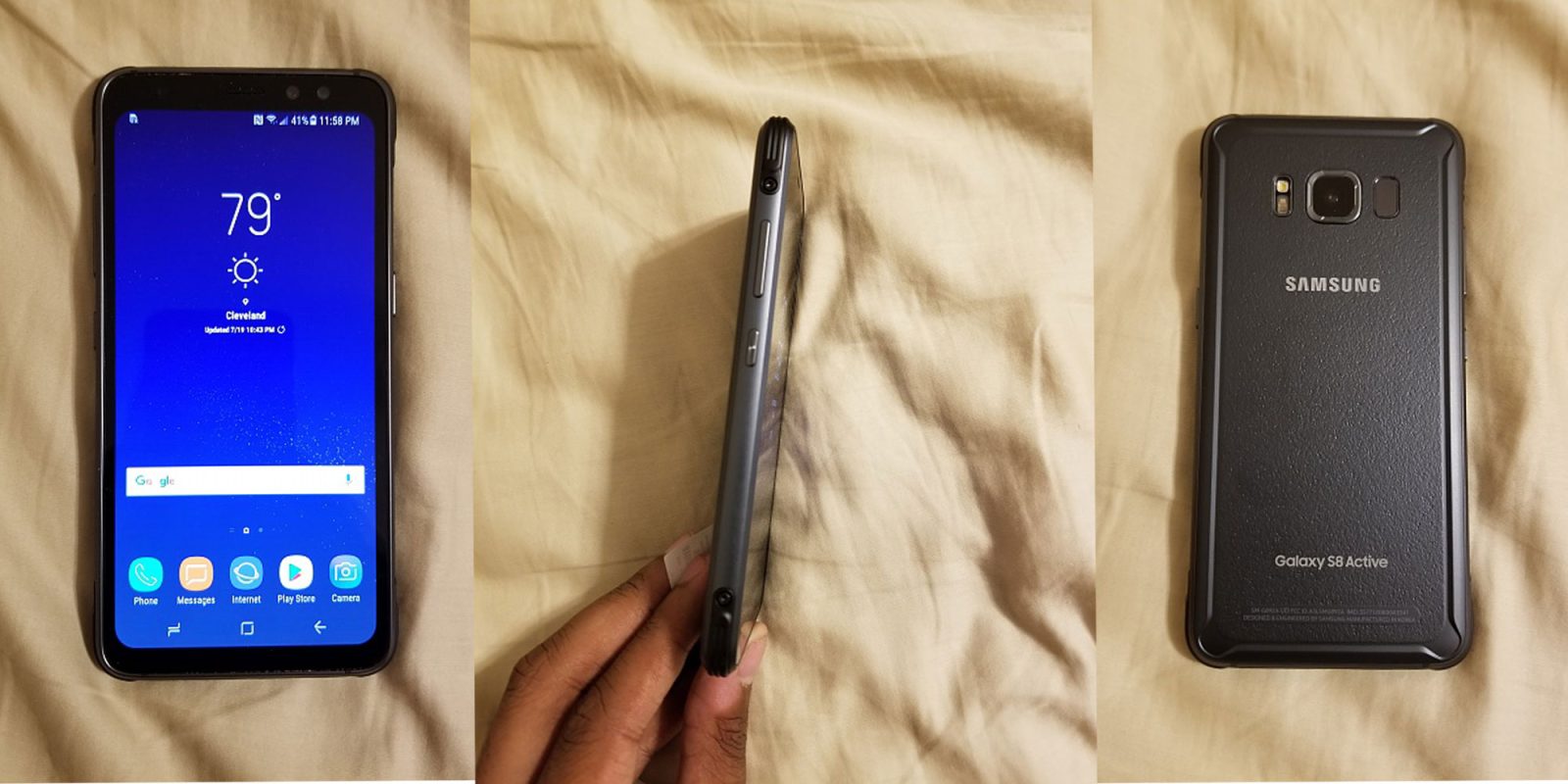 Every year, Samsung releases an, “Active” version of its Galaxy S flagship that’s more rugged and durable than its counterpart. Talk about this year’s Galaxy S8 Active has been relatively quiet, but thanks to some recently leaked images on Chinese site Weibo, we now know all of the specifications that the device will be outfitted with when it does eventually launch.

As you would probably expect from a phone with the, “Active” moniker, this version of the S8 is built to last. In addition to the rugged design that we saw with previous hands-on images, the S8 Active will also come equipped with a, “shatter resistant” screen, IP68 dust/water resistance, and a Mil-Spec body to better-withstand drops and falls.

The front of the Galaxy S8 Active will reportedly house the same 5.8-inch 2960 x 1440 Super AMOLED display as the S8, but the bezel-less design looks much more akin to what’s found on the LG G6. A Qualcomm Snapdragon 835 processor and 4GB of RAM will be powering the S8 Active, and a beefy 4,000 mAh battery is a big jump up from the S8’s 3,000 mAh unit.

Other specifications for the phone include a 12MP rear and 8MP front camera (both with f/1.7 aperture), Bluetooth 5.1, wireless charging support, and Android 7.0 Nougat. 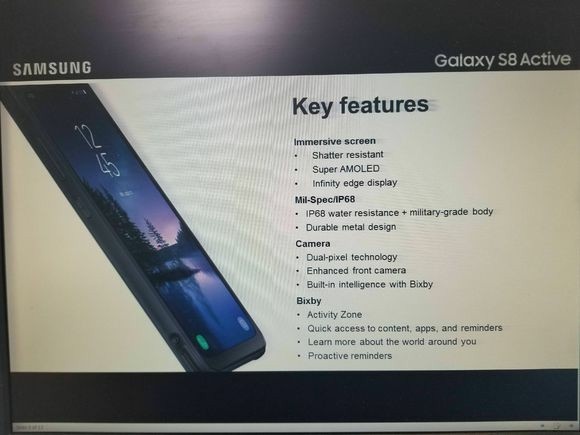 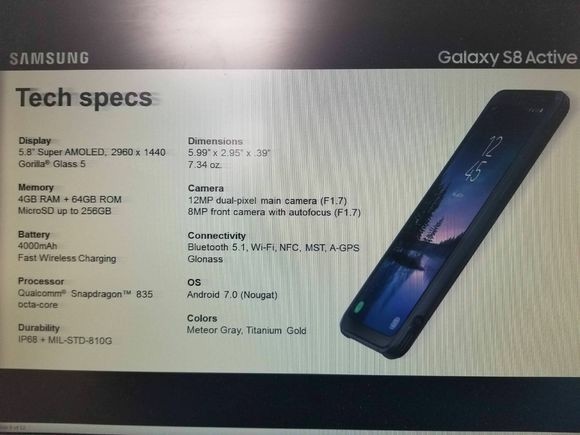 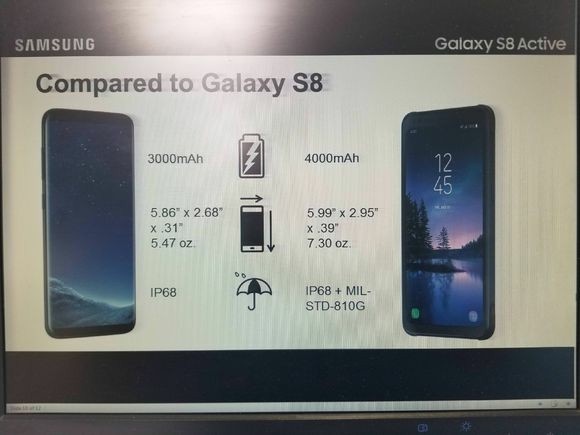 There’s still no word as to when the Galaxy S8 Active will be released, but when it does, it will likely be an exclusive to AT&T similar to past entries in this series.