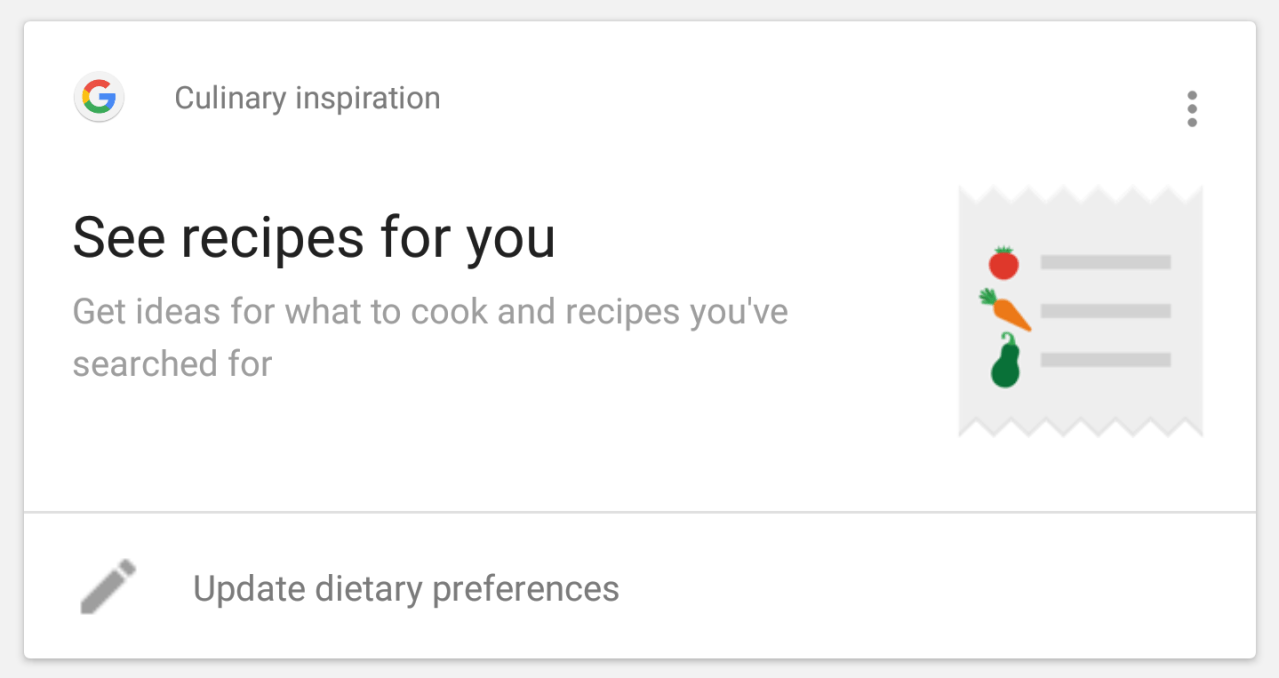 Google has long possessed a number of cooking-related tools, including a recipe-optimized Search functionality. Back in April, the Assistant on Google Home added the ability to verbally walk users through creating a dish. The Google Feed is now gaining more food-related smarts as its built-in ‘Cooking’ feature sees a wider rollout.

The feature was first spotted in February by a small group of A/B testers. However, it now appears to be seeing a wider rollout with users encountering a new “See recipes for you” card in the Upcoming tab or under the “Updates for you” section for those still without the Feed.

Tapping it takes users to a dedicated page that includes several tutorials on initial launch. The first section lists recipe recommendations that are personalized to you, while the second shows “cooking related articles you’ve viewed recently.”

At the bottom of this feed is a very useful Cooking utilities card that has quick links to Google Search’s built-in timer, reminders feature, and measurement conversions. There is also a shortcut to open Google Keep to jot down notes or make lists.

The main Feed card also features a shortcut to “Update dietary preferences.” This particular preference is also available under the main Customize settings and has been present for several months now.

This “See recipes for you” card and Cooking section have been more widely rolling in recent days. We have already encountered it on multiple devices and accounts..