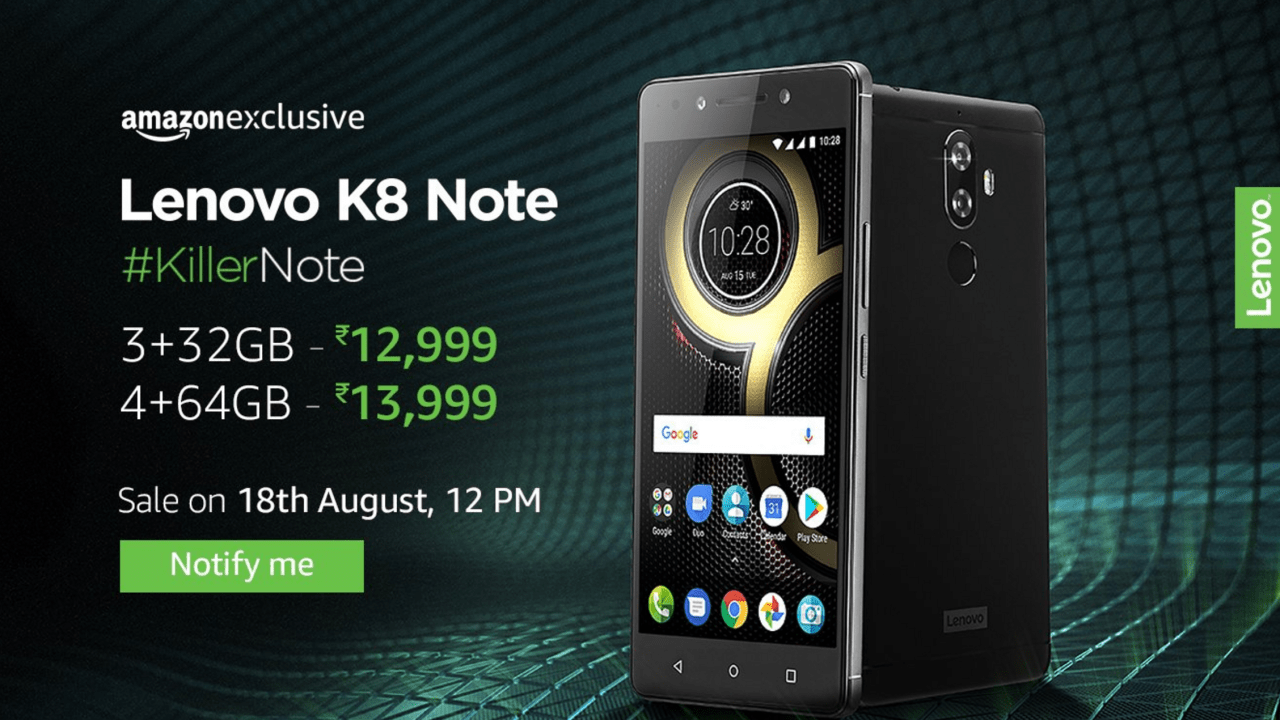 While Lenovo kicks out smartphones under the Motorola Moto branding here in the United States, the company produces phones under its own name throughout various parts of the world. The Lenovo K8 Note is the latest flagship that was just announced, and for a price of just a little more than $200 USD, it looks to be a pretty killer deal.

The K8 Note isn’t the most unique-looking handset we’ve ever seen, but for as cheap as it is, there’s not much to complain about. The phone is made entirely out of metal, and the edges have been curved to provide for a more comfortable handling experience. The Fine Gold and Venom Black color options both look rather nice, and an extra physical button labeled as the Music Key can be programmed to open whatever app you’d like.

On the front of the K8 Note is a 5.5-inch 1920 x 1080 Full HD display, and covering it is Corning Gorilla 2.5D glass. Lenovo is also including Dolby Atmos support for higher quality audio whether it’s coming from the K8 Note’s built-in speakers or headphones that are plugged into the 3.5mm headphone jack.

Other specifications for the phone include the 10-core Helio X23 processor, 4GB of RAM, 64GB of internal storage (expandable up to 128GB), a 4,000 mAh battery, and dual 13MP + 5MP cameras on the back. Also, as previously mentioned by Lenovo last week, the K8 Note is the first Lenovo phone to ship with stock Android 7.1.1 Nougat. Rounding out the device is a rear-mounted fingerprint scanner, nano-coating for splash resistance, and an included 15W fast charger.