Of all the messaging services that are out there, WhatsApp remains one of the most functional and feature-rich. Its Android app received picture-in-picture support a little less than three weeks ago, and a week later got access to App Shortcuts. In the latest beta version for WhatsApp’s Android app, it would appear that WhatsApp Payments will be the next feature to make an appearance.

WhatsApp Payments was spotted in the 2.17.295 beta version for the WhatsApp Android app, and as the name of this feature suggests, it will allow WhatsApp users to send money to one another within the application. The splash screen for WhatsApp Payments says that the service allows for “bank to bank transfer with UPI”, and it also mentions that you’ll need to accept WhatsApp Payments’ Privacy Policy and Terms in order to use it.

Not much else is currently known about WhatsApp Payments, but our guess is that it will allow users to send money to one another within ongoing conversations. WhatsApp’s take on peer-to-peer payments likely won’t be any different than what’s been available with services like Facebook Messenger, but it will be nice to have access to it for those that use WhatsApp as their messaging platform of choice. 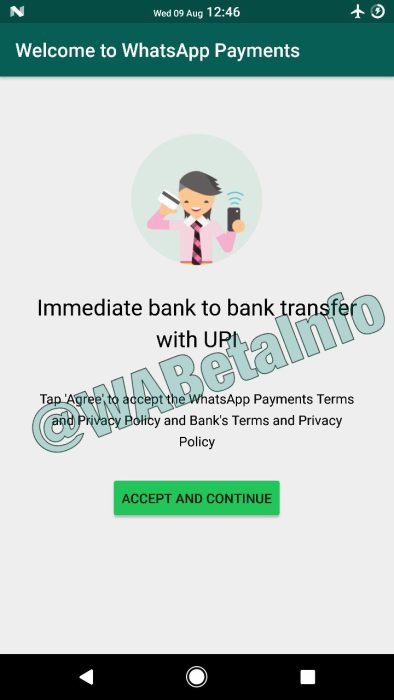