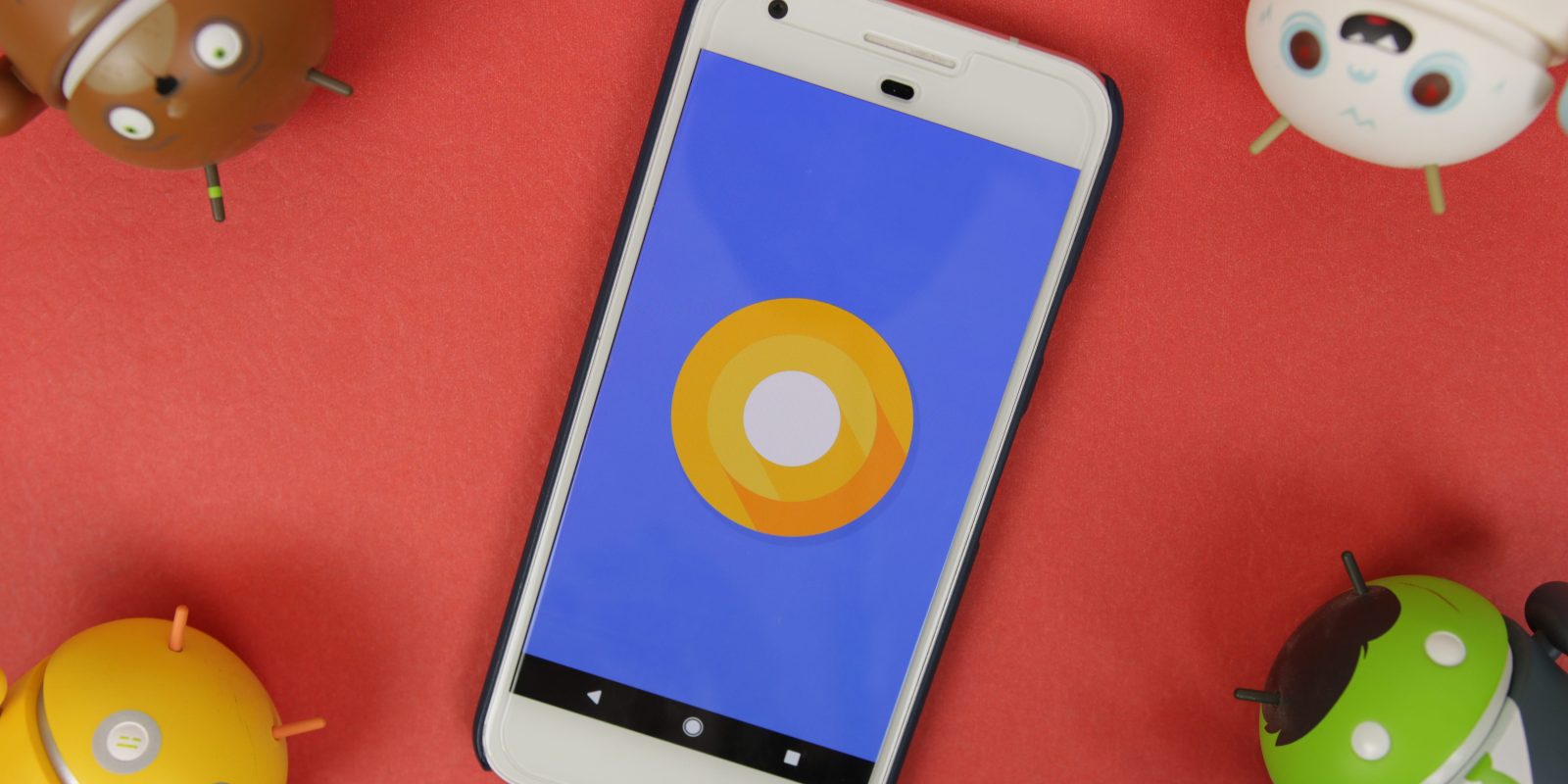 The update to Google’s mobile operating system finally got its name this morning (Oreo, of course), and it brings lots of changes and tweaks throughout. Android Oreo is now making its way to Pixel and Pixel XL handsets, and more devices will follow over the next year. But if you’re on the waitlist, here’s everything to keep an eye out for when the update lands on your handset…

Similar to what iOS has been doing for years, notification dots appear next to app icons on your home screen and in your app drawer when you have a notification from that specific app. The dots are adaptive; they change in color based on the appearance of the app they represent.

Holding down on an app with a notification dot will showcase not only the redesigned App Shortcuts list, but also the notifications that are waiting for you within the app. You can tap on a notification to jump right to it, or swipe it to the left or right to dismiss it. Should you choose to swipe away a notification here, this will also clear it from your status bar as well. 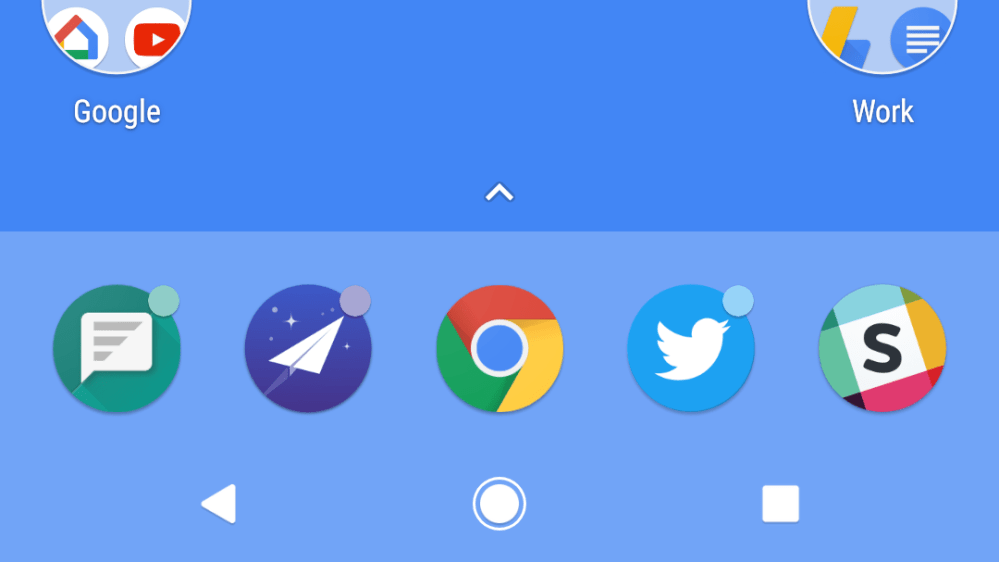 Speaking of App Shortcuts, these have also seen a visual overhaul with Android 8.0 Oreo. Unlike the multiple bubbles in Android Nougat, App Shortcuts are now all present inside a single rounded rectangle. The main functionality is the same, but in Android Oreo, holding down on an app will also allow you to jump to an app’s info page, in addition to the widgets that are available for it.

Picture-in-picture is one of the biggest features in this latest Android update, and it works just like you’d expect. YouTube is currently the biggest and most notable app that supports PiP, and while we expect more video-centric apps to integrate this feature in coming weeks, your pickings are currently quite slim.

Assuming you’re subscribed to Google Play Music/YouTube Red (a requirement in order to use PiP with YouTube), open the app, start playing a video, and then press the home button. When you do this, the video will shrink down to the bottom-right corner of your screen while the rest of the YouTube app disappears.

You can move the video along the border of your screen, and tapping on it will reveal icons for expanding the video back into full-view, pausing/playing it, skipping to the next video, turning off the video portion and only listening to the audio, and closing the clip altogether.

Along with YouTube, PiP is also currently supported on Chrome, Play Movies, Duo, WhatsApp, and VLC.

Android Oreo doesn’t have a ton of visual changes, but one of the biggest ones is within Settings. The Settings page no longer has any green accent colors, and instead opts for blue and grey accents to go alongside a stark white background. The hamburger has also been removed, and while all of the same functionality is still here, the main Settings page is broken up into far fewer tabs to make navigation considerably easier.

Combine this with some visual updates to battery and storage settings, and there’s a lot to take in here. Although the layout is technically cleaner and easier to get around, it will take some time to get used to things considering just how big of a change this all is.

Another visual change with Android Oreo lies within the notification panel. Google has ditched the dark grey color for a stark white one, and while this had me humming Manfred Mann lyrics at first, it’s something I’ve grown to really like. The brightness slider and Quick Settings all work in the same way as before, but a few controls and indicators have been shuffled around.

The date and time in the upper left has moved to the bottom to only show the date, and the Settings, Quick Settings edit, and User icons have been taken from the top right and positioned at the bottom right on the notification panel.

No functionality has been added or removed here, but the new appearance of everything ties in very nicely with what’s found throughout the rest of the UI.

Ambient Display is mostly the same with Android Oreo, with the biggest exception being that it can now show colors. For example, if you receive a message on Hangouts, Ambient Display will light up with a green accent color for the Hangouts icon with the Reply option below said message.

Media consumption plays a big role in a lot of people’s day-to-day smartphone use, and whether you’re listening to a podcast, jamming to a new song, or watching a professional-grade 9to5Google video on YouTube, the persistent notification for that media playback looks a whole lot better in Android Oreo.

You still have access to all of your regular media controls, but the main notification itself is colored to match the thumbnail/album artwork of what you’re listening to or watching, with the thumbnail itself faded in from left-to-right. This makes identifying a media notification among your regular emails and messages much easier, and not only that, it looks ridiculously good.

This is a particularly helpful feature if you want to enjoy life without Twitter and Instagram notifications for an hour or two, and while it isn’t the sexiest feature to show off or talk about, it’s one that can prove to be extremely helpful on a day-to-day basis.

Google’s shown off its contextual awareness capabilities through Google Feed cards, What’s on my screen (previously Google Now On Tap), and voice conversations with the Google Assistant, and some of those contextually-aware powers are now available when highlighting text throughout Android.

When highlighting certain text within Android Oreo, you’ll have your standard array of actions for Copy, Share, and Select All. However, depending on the text that you’re highlighting, you’ll also get options to search that text within certain apps.

For example, highlighting a phone number will show an icon for hopping directly into your Phone app, and doing the same for an address will reveal a shortcut to Google Maps. So, instead of having to copy an address, open Google Maps, and then paste said address, all you have to do is highlight it, tap the Maps icon, and profit.

Despite how smart and powerful our phones have become, something that still manages to be a royal pain is having to continuously type in passwords, credit card info, and addresses when living out our online lives. Password managers like LastPass have tried to make things easier on us, but limitations within the Android OS itself have prevented these services from reaching their true potential.

With Android Oreo, Google is taking a step to finally resolve this with Autofill. Autofill is a new API that allows applications to have system-wide access for providing you with info that you regularly use, and as such, typing in your email, password, and more is considerably easier than it was before. 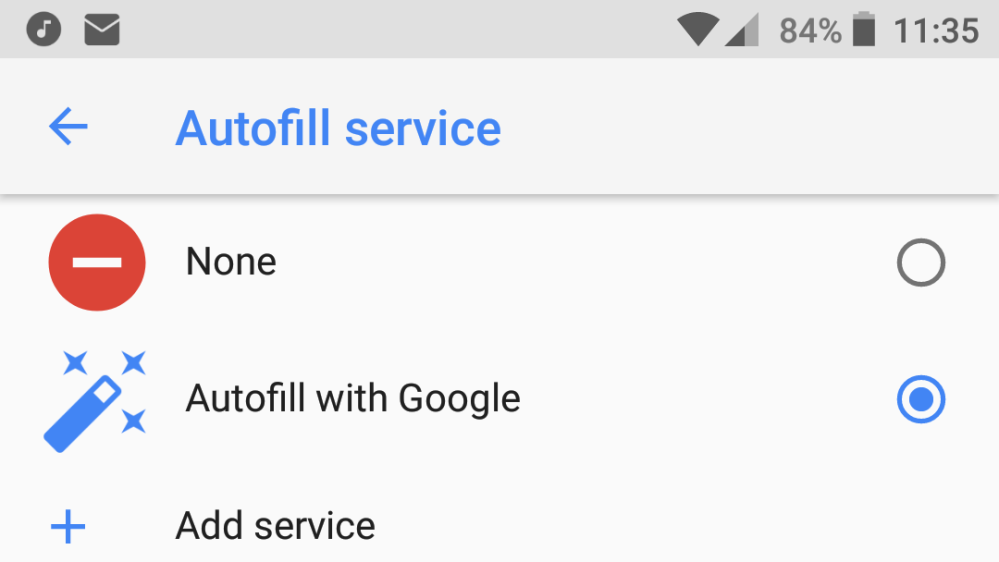 I’ve been using the built-in Autofill with Google for a while now, and when logging into applications or websites, all of my credentials are automatically added for me so that I don’t have to take the time to manually type in everything myself. It’s a huge time-saver, and for users of LassPass, 1Password, etc., this is going to be something of a game-changer.

Vitals is perhaps the biggest change to Android that you can’t actually see. The update to Android’s vitals includes big changes to battery life and performance.

As you’d expect with any software update, Android Oreo runs a bit smoother and snappier that previous versions. However, what’s especially impressive is the fact that the system boots up in about half the time that it does on Nougat. This has been quite noticeable in my personal use, and along with this, applications also perform noticeably better.

Speaking of applications, Google is taking a big step in the right direction to put an end to applications that hog up a ton of unnecessary system resources in the background. This should give battery life a much-appreciated boost, and it means that apps like Facebook will no longer run your phone dry before the end of the day.

Last but certainly not least, we need to talk about Android O’reos easter egg. Repeatedly tapping on the Android version number in your settings will bring you to the yellow and white “O” shape that’s been present since the first developer preview, but tapping and holding down on it will now take you to a floating octopus that can be moved around by dragging its head across the screen.

It’s not quite as interactive as the Flappy Bird-like game in Marshmallow, but it’s still fun to mess around with every now and then. Interestingly, the Easter egg didn’t change with the launch of the final version, which has been the case in years past. Maybe we still have an egg to look forward to. 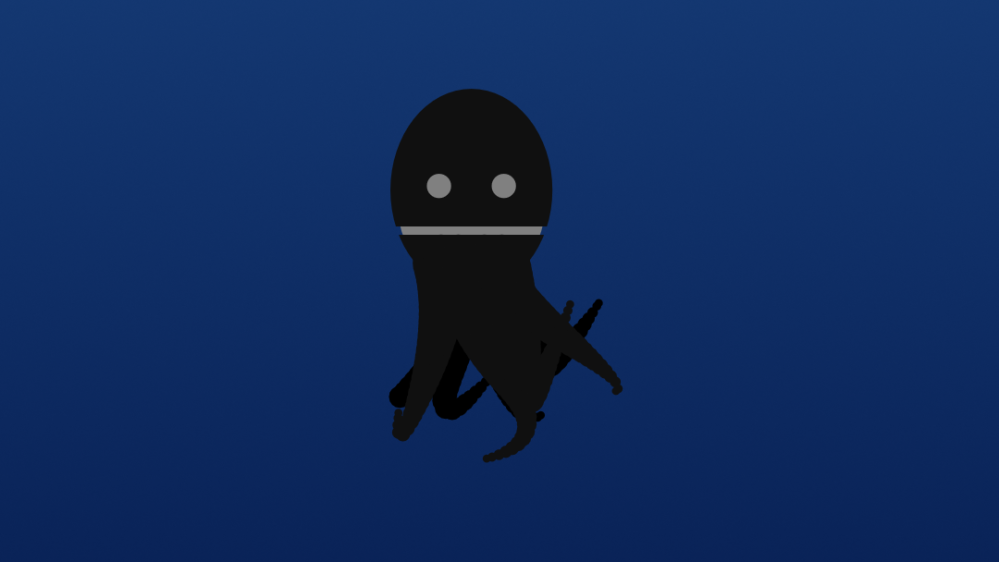 With all of that said, those are all the new features and changes to keep an eye out for with the Android Oreo 8.0 update. The Google Pixel and Pixel XL are receiving the update now, and we expect Nexus devices and other OEMs to follow shortly (or… not so shortly, depending on your device).