The last release of Google Allo accompanied the long-awaited web client for the company’s latest messaging service. Version 17 began rolling out over the weekend and hints at Allo adding built-in Google Translate functionality, suggestions/autocomplete for Assistant, and several other new features.

Google is working on a neat translation feature within Allo conversations. When a person replies in another language, users can press and hold on the message to bring up the text toolbar. Besides the usual sharing, forwarding, copying, and delete options, there is a new Google Translate icon.

Tapping it will translate a phrase to your default language, with the translation appearing just underneath the original bubble. Opening the toolbar again will let users undo the translation in the thread.

Regular messages in Allo can already be forwarded to other threads. However, Google is working to make this feature also work for cards. A new “Forward” chip will appear underneath and allow cards from any thread to be sent.

Suggestions with autocomplete in Google Assistant

Smart Reply is one of Allo’s key features and automatically provides responses to both text and images. These suggestions only appear after a response and are not very proactive.

However, Allo is now working on adding a suggestions feature that autocompletes. When enabled, the Google Assistant thread will feature a list of three suggested queries in the messaging field. As you begin to type, new suggestions will load, with tapping automatically beginning the search.

While the combined emoji/sticker picker already features search, Google might be working on adding dedicated search in the sticker tab. Not yet active, Allo is working on categories for better organizing the ballooning amount of artwork. 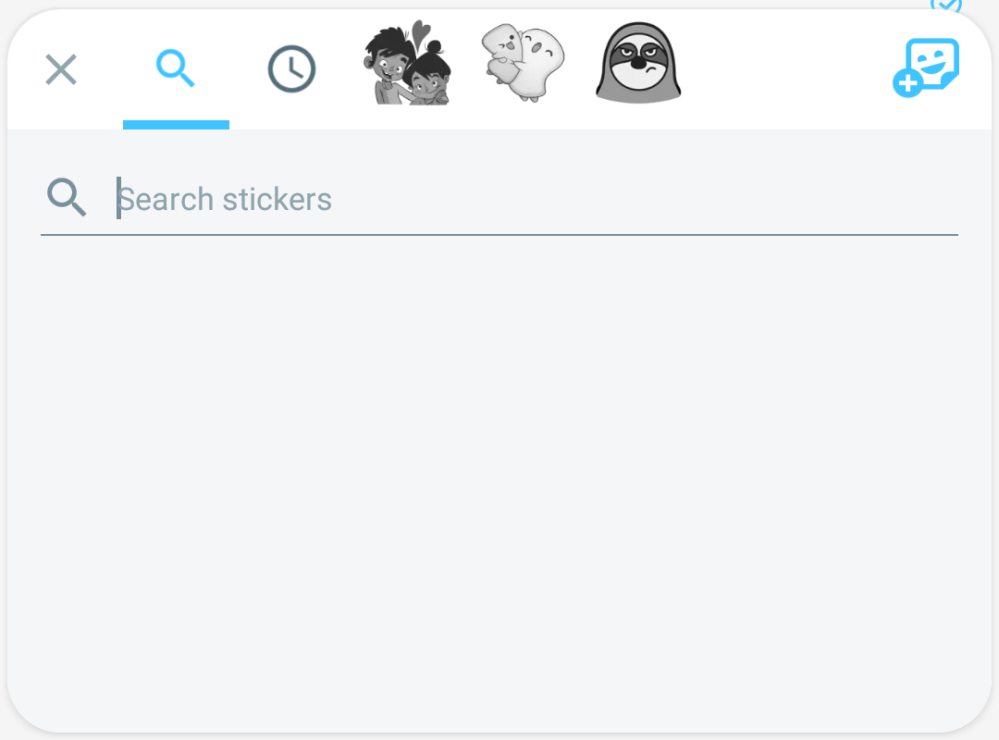