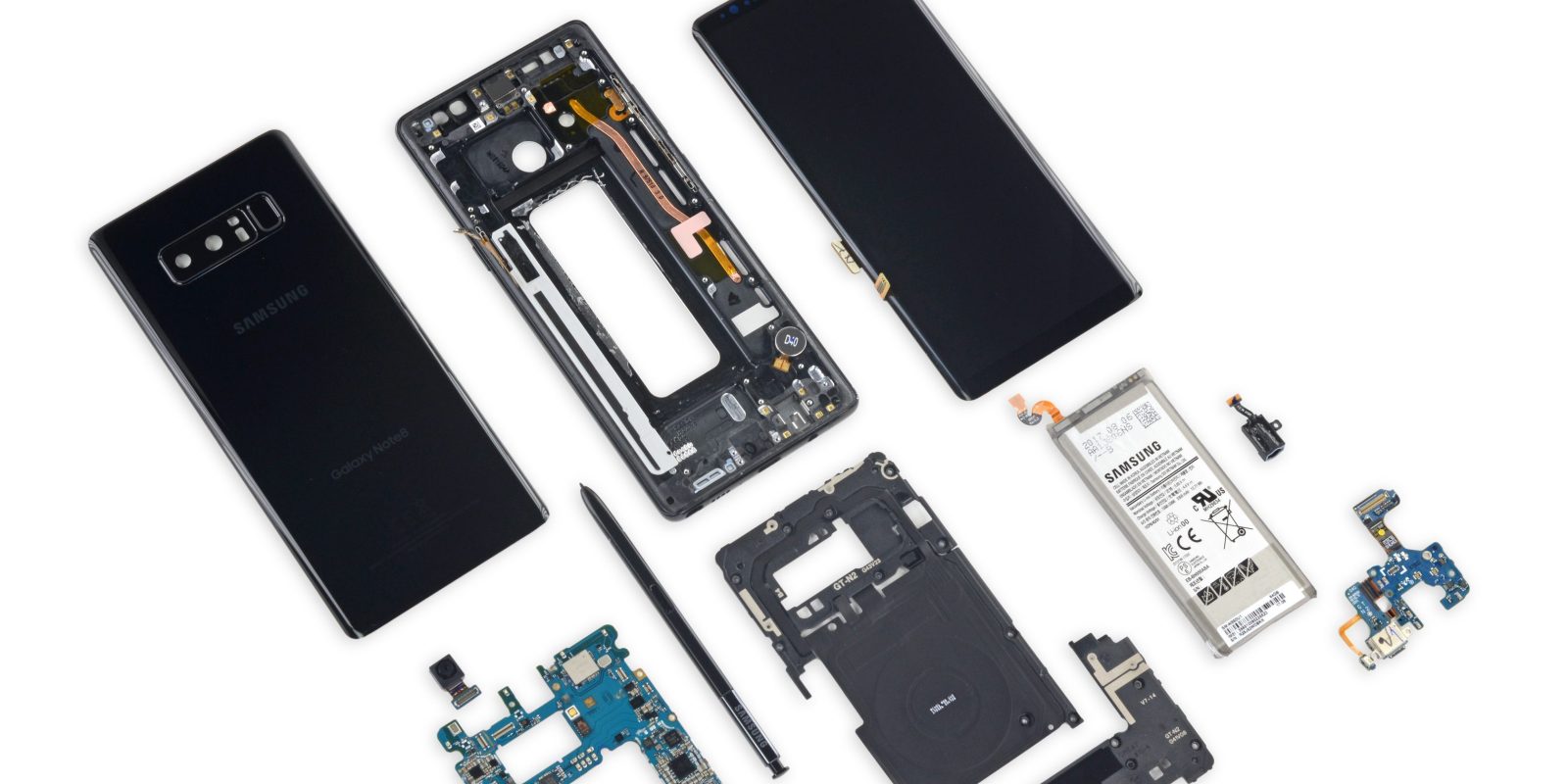 The general consensus for Samsung’s Galaxy Note 8 is that it’s a great phone at a ridiculous price. Of course, the large-screened and stylus wielding phone line likely won’t lose its exploding stigma for quite a while. A teardown by iFixit wields nothing too different and repairability that is in-line with recent Samsung devices.

Compared to the Essential Phone from earlier this week, entry into the Note 8 is done via the traditional method of heating and prying the glue away. Removing the back panel provides access to most of the internals, though replacing the screen requires prying away the front glass in a similar process.

Upon entry, there is a “maxed-out” midframe which houses the NFC antenna and wireless charging coils.

The USB-C port can be easily removed and it not soldered, while many components that face wear are modular and can be easily replaced. Meanwhile, only standard Phillips screws are used. However, ultimately, the large amount of glue to remove both the front and back panel results in the 4 out of 10 repairability score.