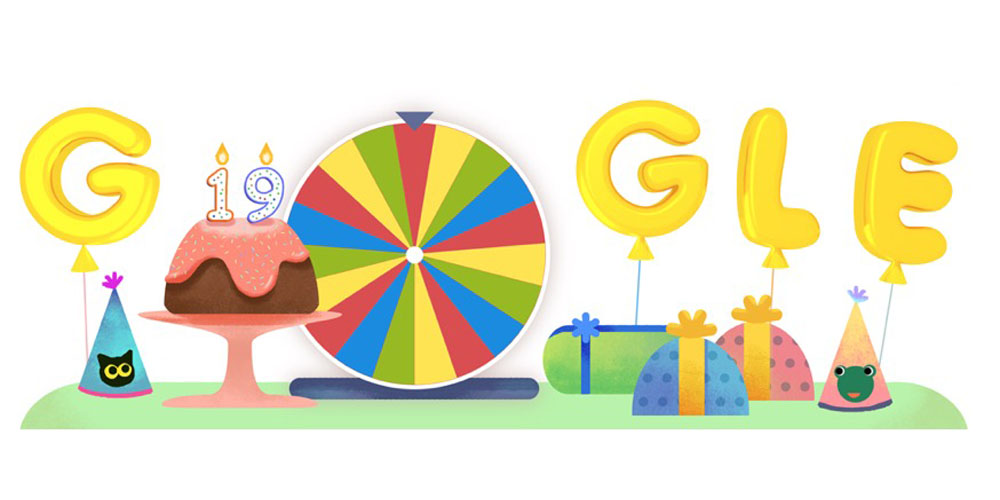 Google is officially 19 years old today, and the company is celebrating by giving you another chance to play 19 of its best Google Doodle games.

Billions of searches later, perhaps the happiest happenstance has been how Google has grown throughout the past 19 years. Named for the number “googol” (a 1 followed by one hundred zeroes), Google inches closer to its namesake each year, currently serving more than 4.5 billion users in 160 countries speaking 123 languages worldwide.

Upon clicking today’s Doodle, we invite you to explore 19 surprises we’ve launched over the past 19 years – including our brand new Search easter egg: Snake Game! So give it a spin and thanks for celebrating with us!

The choice of September 27 as Google’s birthday is, though, somewhat random …

Google has actually celebrated its birthday on a variety of different September dates in past years: 7th, 8th, 26th and 27th. The reason for this, as the Independent explains, is because it all depends on what the company considers its official birth.

If we use one date – when the Google.com domain was first registered – then the company turned 20 on 15 September this year.

Then the next month, Google files for incorporation in California, making it an official company and giving it a bank account to deposit that check in. That happened on 4 September, 1998 – the earliest of the celebrated birthdays, and probably the one with the best claim to being the actual birth of Google. The rest of September sees a number of big moments for Google. Those include the establishment of its first workspace – in a garage – and the hiring of its first employee.

And just to add to the fun, the first ever Doodle actually predates the company. As the Guardian noted back in 2013, the first Google Doodle was actually an out of office message in August 1998, which predates any of the company’s various official birthdays.

The first Google doodle was a Burning Man symbol. Founders Larry Page and Sergey Brin went to the Burning Man festival in 1998 and added the doodle to let users know they were away from the office that weekend.

But never mind all that: go play the games …