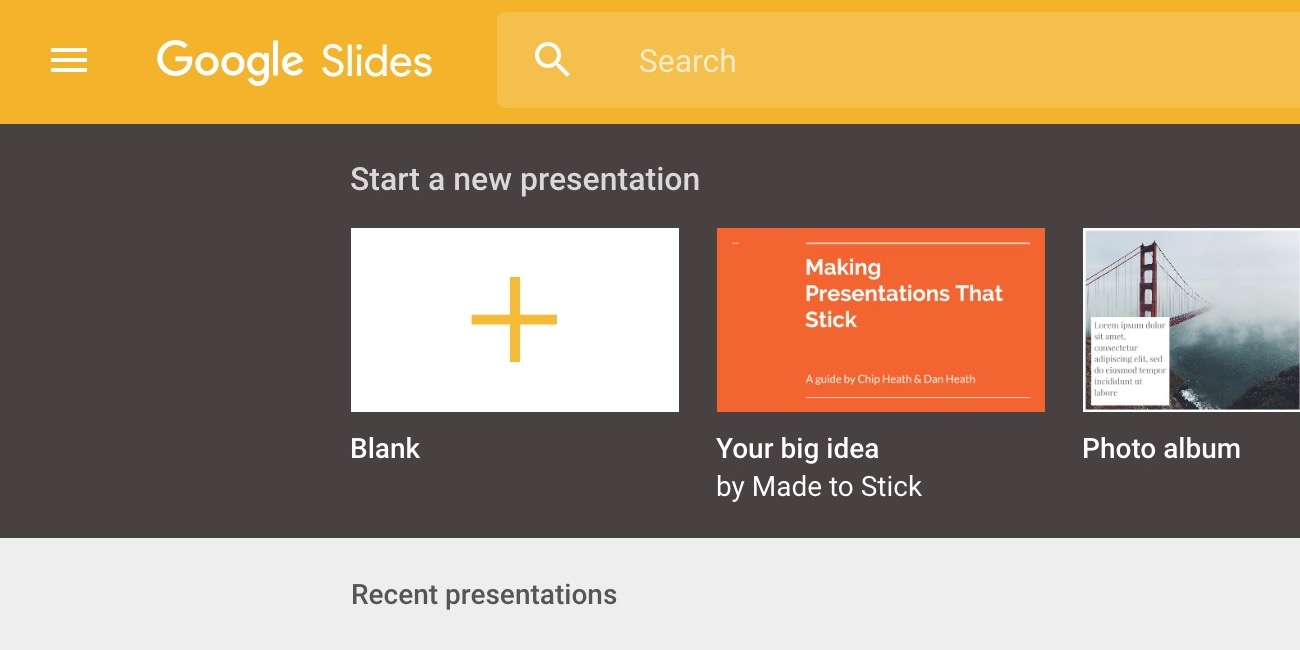 Google Slides is getting a number of major updates today, with third-party Add-ons being the most notable. Today’s suite of updates also brings features already found in other G Suite apps, like Google Keep integration and the ability to link files, to Slides.

Third-party integrations have been available in Google Docs and Sheets since 2014, but only came to Android last year.

These Adds-ons are now making their way into Google Slides, with some of the first tools coming from Shutterstock and Adobe. Both help bring stock images from their respective libraries into Slides, with the latter even allowing users to purchase right from the Add-on.

At launch, Slides has five other integrations from Balsamiq, LucidChart, Peardeck, The Noun Project and Unsplash. Adds-on are accessible right from the menu bar.

Back in February, Google Docs added Keep integration that allowed users to view the note taking app in-line while working on a document. That feature is now coming to Slides with the ability to drag-and-drop notes right into a presentation.

Instead of just copying and pasting a slide from one file to another, users can now link a slide so that it continually stays up-to-date.

Now, you can link and sync slides from multiple presentations with one click. This way, you maintain a single source of truth and can easily update the linked slides to match the source. 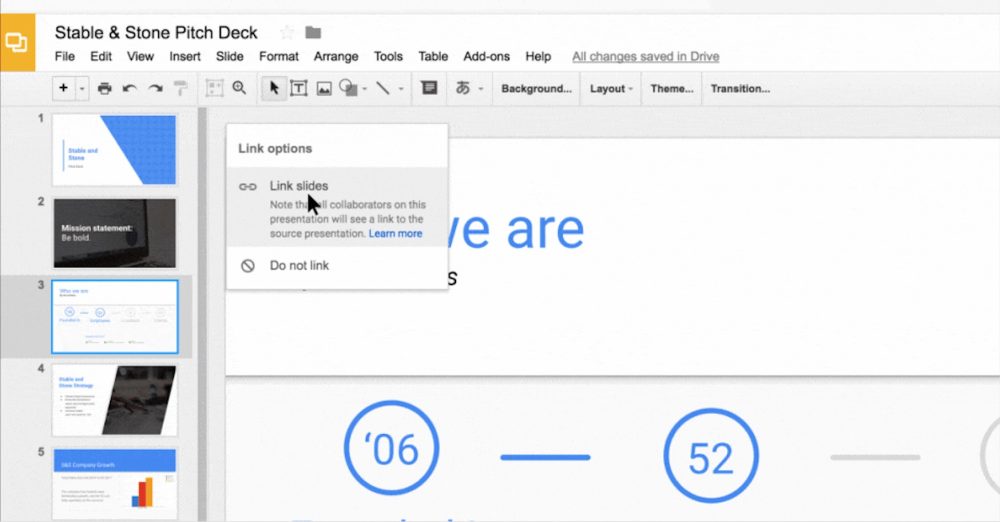 Google Slides is adding a powerful, workflow-improvement feature in the form of Apps Script. They allow users to “programmatically create and modify Slides, and customize the menus, dialog boxes and sidebars in the user interface.”

The last changes to Google Slides are highly requested features from customers. Diagrams, like timelines, processes, and hierarchies, can now be inserted into a slide, while Grid view allows for all slides to be quickly viewed as thumbnails. When presenting, there is also the ability to skip slides without having to fully delete them.