Google’s Pixel Buds use Assistant to auto-pair to your phone, just like Apple’s AirPods [Update]

Google’s new Bluetooth headphones, the Pixel Buds, use Google Assistant to do some pretty incredible things such as translating languages on the fly. However, there’s one thing (aside the from the cable) that we thought would set them back from Apple’s AirPods, and that was pairing. Thankfully, Google has worked out a solution.

Apple’s AirPods take advantage of a built-in “W1” chip that communicates with nearby iPhones to make pairing a breeze. Just flip open the AirPods, accept on the phone, and you’re paired. On Android, there are no headphones that pair easier, not even the Bose QC35 II with Assistant Built-In.

With the Google Buds, however, Google is trying to make things easier. Just like on AirPods, opening the charging case for your Pixel Buds instantly communicates with your nearby Pixel, or any Android phone running Marshmallow and up, and uses Assistant to pair immediately. You’ll get a notification asking for pairing and a battery indicator on the headphones themselves (which last 5 hours on a charge).

To pair within seconds, open the Pixel Buds charging case near your Pixel or a phone running Android Marshmallow or newer.

Google uses Assistant to do the hard work here, but it takes advantage of “Nearby” to actually tell the two devices that they are, well, nearby each other. Regardless, this is a great little addition to Google’s first pair of wireless headphones, and we can’t wait to try it out when they start shipping in November. 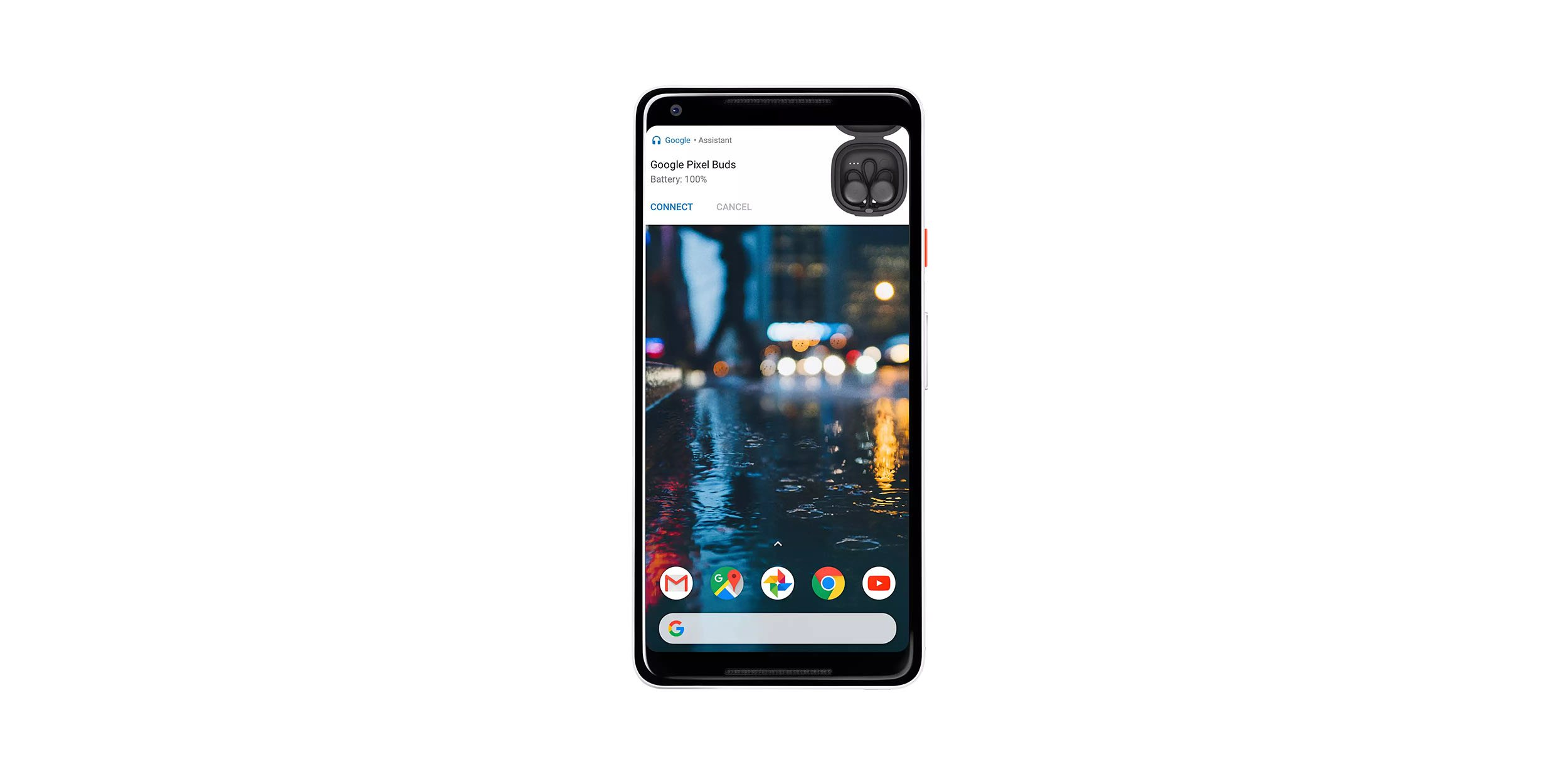