Opinion: Pixel 2 and 2 XL’s numerous design discrepancies feel like a weird step back to the Nexus days 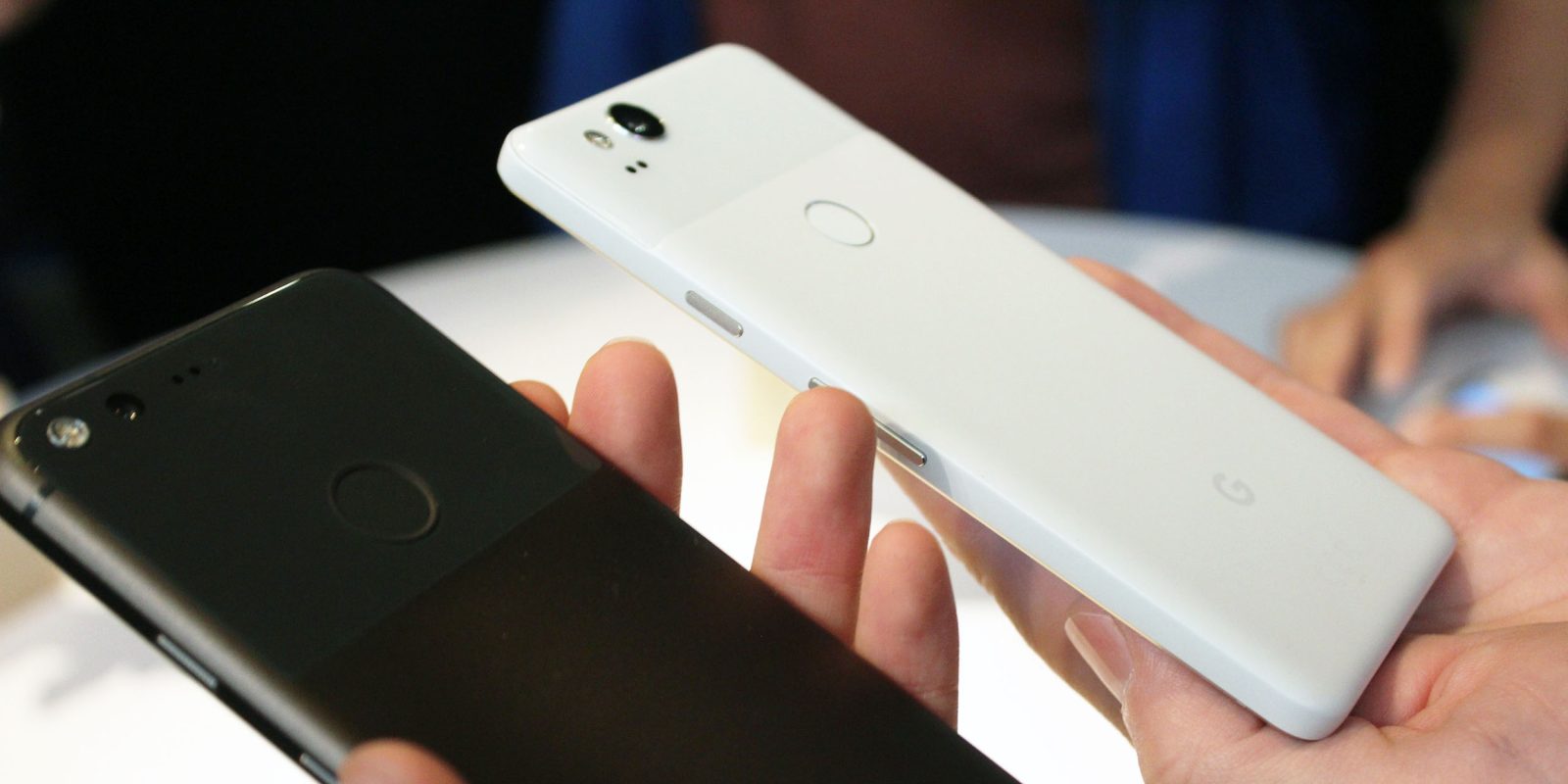 Google’s entry-level flagship this year doesn’t have the flashy new design of its bigger sibling, which is rightfully giving the company just a bit of bezel shame. In response, Google’s doing a really good job of pretending like the smaller Pixel 2 doesn’t exist. At the company’s event on October 4th, the front of the device was almost nowhere to be seen except in the hands-on area. And in the Google Store’s marketing images, you have to do lots of scrolling before you see an image of the front of the Pixel 2.

It’s obvious that going with a “classic” design (I’ll be generous) for their $649 entry-level offering is something they’re not quite proud of, but I think there’s something else — which you can’t really sense or feel unless you were at the company’s event Wednesday — that Google should be even more ashamed of. In short, the Pixel 2 and Pixel 2 XL are even more physically different than you think.

The design of the first Pixel was underwhelming to say the least. The latest Galaxy phone at the time, the S7, was much sharper and had a more premium feel. The mid-range OnePlus 3T looked more modern. The iPhone 6 seemed to be its inspiration. Even Google’s old Nexus 6, from way back in 2014, managed to have tiny bezels, a headphone jack, and stereo front-facing speakers. The first Pixel on the other hand, had a huge bottom chin that had no purpose.

But I’ll give the first Pixels — and Google — credit where credit is due: the vision for their design and the consistency of the look across the Pixel and the Pixel XL was a new thing for Google, and it was an exciting sign of what might have been things to come. Google was claiming their phones as their own for the first time, and it really seemed like Google was making the final calls on the hardware designs and they really did just (mostly) contract out the manufacturing to HTC. It was definitely a contrast to the Nexus 5X and 6P, which felt like two phones from separate universes.

I mean, Google even went as far as to give the phone’s a really nice “wedge” shape that eliminated the need for a camera bump. Those important, nice touches were nowhere to be seen Wednesday. 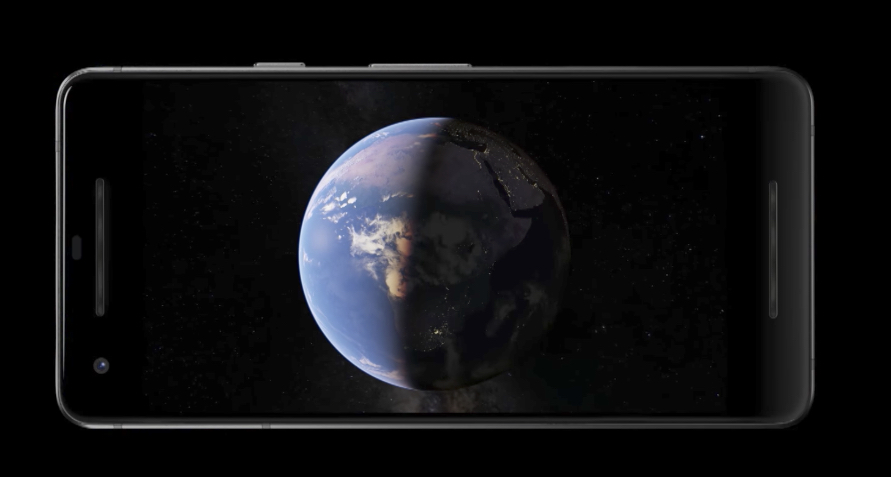 With the Pixel 2 and Pixel 2 XL, it feels like Google is taking a step back in time. You wouldn’t be able to tell in their marketing images (besides the huge bezels, if you can find them, and perhaps the swapped-around cameras), but the Pixel 2 and Pixel 2 XL feel incredibly different in person. It feels like these are Nexus phones built by entirely different companies, and that Google just told the two teams “hey, just do your best to make these look as similar as possible, thanks.”

Which, since the larger phone is manufactured by LG and the smaller phone by HTC, is probably a partially accurate representation of what happened. But it’s still disappointing.

Of course there’s the obvious differences. We all know that the smaller Pixel 2 has huge bezels which are perhaps even larger than the ones on the first Pixel. The arrangement of the cameras and flashes on the back don’t match at all. The spacing around them are different, and the sensors and flashes are flipped around. Obviously one model is a lot bigger than the other, has a larger display, and has rounded display corners — while the smaller model is stuck in what feels like the year 2014 or earlier. 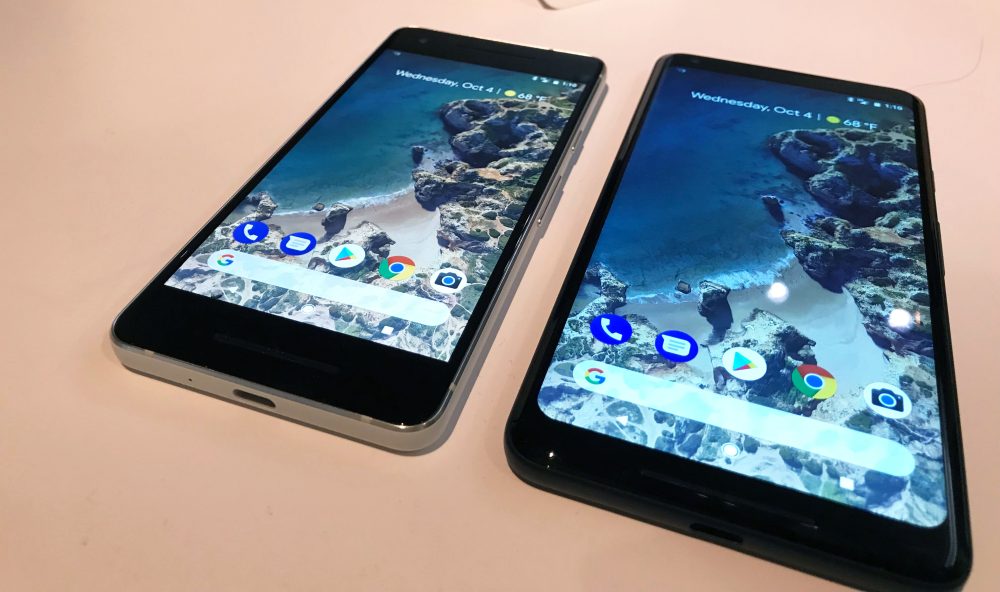 But there’s even more. When you get the chance to hold the two phones in your hand side-by-side like I did, you’ll be able to immediately tell just how different they really are.

The edges on the Pixel 2 are cornered off and chamfered like the ye ol’ Nexus 6P, while the 2 XL has slightly curved glass that very nicely runs off the edge to meet the aluminum sides like an iPhone. The speakers on the Pixel 2 are louder and tinnier, while the speakers on the bigger Pixel 2 XL are well-rounded and just a bit too quiet at full volume. They even feel like they have different densities.

Overall, though, the build quality of the Pixel 2 XL just feels like it’s on another level, and since people are pre-ordering their Pixels already (and reviews won’t be up for a little while), I think they should know. In this writer’s opinion, owners of the larger Pixel will be getting more than just a bigger screen. Buyers of the Pixel 2 are getting a confusing Pixel 1.5 (or Pixel 0.5?) design and Pixel 2 XL specs.

There’s also something to be said about how similar the phones are in other aspects of course, which Google tried to mention during the keynote when they said they “don’t set aside better features for the larger device.” After having held the phones myself, I cringe a little at that statement. But with the exception of the display, it’s technically true if you’re only comparing the phones spec-for-spec. The experience of both phones will be mostly the same, but I have to say this is definitely not the same situation as last year — when Google truly didn’t set anything aside for the larger device.

You can see closer some the physical discrepancies in the two images above. On the left you have the Pixel 2, which just feels like off-the-shelf HTC hardware that’s been modified to have Google’s fancy top-fifth Glass back. And on the right, you have the much nicer LG-born design that wraps around the edges. It’s obvious that the Pixel 2 XL is the Pixel 2 that Google really wanted this year. I’m personally fine with the smaller phone having fundamental compromises and design differences where necessary, but I was hoping something “Made by Google” would feel made by Google.

Another disappointing inconsistency in design language is the Pixelbook, which feels like it was designed to launch with last year’s Pixels. The lid of the Pixelbook has a top-third Glass that looks almost identical to last year’s Pixels, while the new Pixels switched to this skinnier top-fifth look. Thankfully, the Pixel 2 and Pixel 2 XL are very consistent to each other on that, though.

I know to many in the Android sphere these criticisms will seem silly and perhaps asinine, but I’m writing this from the perspective of what Google is claiming about themselves and the coherent vision for design that the company clearly wants to achieve — and I thought achieved somewhat well last year. It’s clear that Google wants to compete directly with the iPhone with the Pixel lineup, and Google claims that everything it showed off this week was “Made by Google”.

The Pixel 2 and Pixel 2 XL are clearly far more “Made by Google” than any of the Nexus devices of yesteryear, but it’s disappointing that, for the Pixels at least, this year is a step back to that program’s flaws in some ways. The Pixel 2 and XL 2 are fine by themselves, but the fact that they very much feel made by different companies — despite looking very similar to the untrained eye — is not something you can tell from Google’s marketing material. This of course isn’t going to kill the Pixel 2 (any more than it’s already ignored, at least), but it’s definitely a concerning step back.

Looking at this is confusing considering Google’s recent aqui-hire of a couple thousand HTC engineers. LG’s Pixel 2 XL feels like where Google wanted the Pixel 2 to be this year. The HTC-made Pixel 2 feels almost like a weird downgrade in design. It goes without saying that the new HTC team will mean things will probably be HTC going forward. Hopefully it’ll be back on track for Pixel 3.