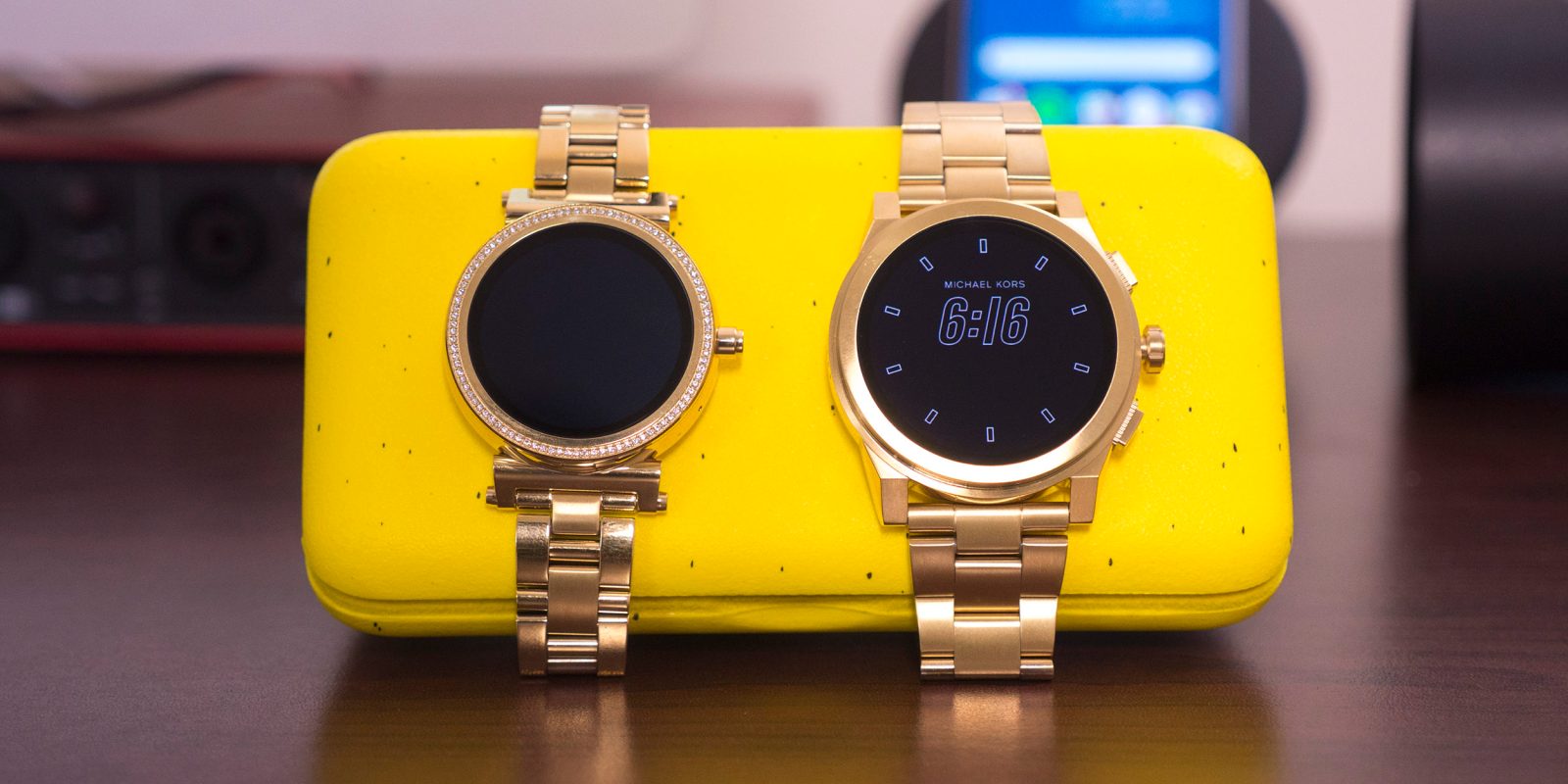 We say it every time there’s a new smartwatch to review: the entire product category of smartwatches is quickly becoming a dying breed as interest and sales dwindle. Luckily for those who still appreciate the convenience of accessible notifications on their wrist, Michael Kors released two new watches that blend fashionable design and modern software.

For the dozen or so people that don’t already know, Michael Kors is a decades-old luxury fashion brand, making everything from clothing to handbags and both classic and smartwatches. This gives them a distinct advantage over other smartwatch brands like Samsung and LG, who have comparatively minimal experience in fashion. After all, one of the reasons smartwatches still haven’t quite taken off is because most of them just don’t look very good.

The Sofie and Grayson, two new additions to Michael Kors’ Access smartwatch line, are beautifully designed with high quality stainless steel and striking colors like the gold units I was sent for review. If it weren’t for the displays on the front, you wouldn’t even be able to tell they were smartwatches — the Sofie and Grayson largely are some of the most “normal” looking smartwatches I’ve seen, and neither would look out of place paired with nice dresswear.

The Grayson is designed specifically for men, with a clean 47mm casing, while the Sofie, lined with pavé accents around the 42mm casing, is made for women. Both watches share identical specifications; there’s a Snapdragon Wear 2100 chipset inside, along with 512 MB RAM and 4 GB of internal storage for holding music. They’re also IP67 water resistant, meaning you don’t have to take them off to wash your hands or walk in the rain. 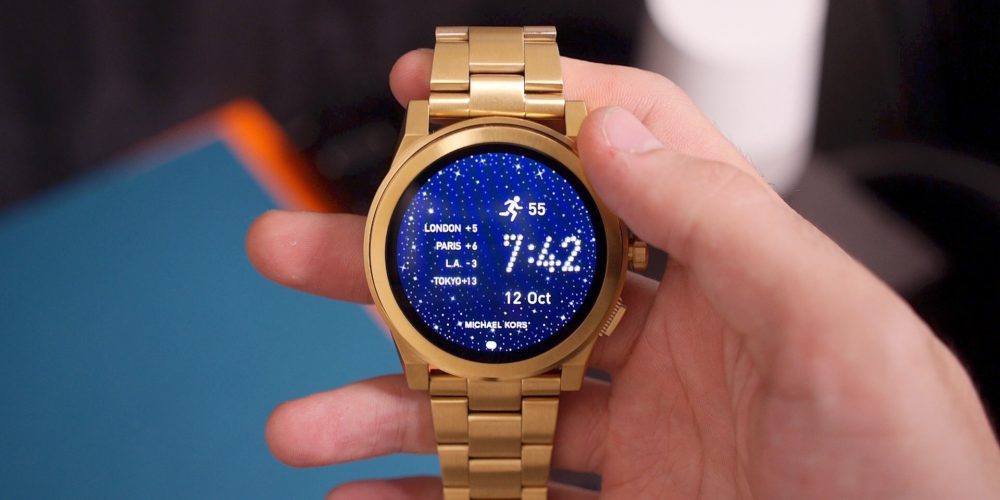 The only difference internally is battery capacity, with 370 mAh in the Grayson and 300 mAh in the Sofie. Despite a 19% difference in capacity, both watches manage about the same battery life — just enough to last through a full day with moderate use.

Both the Sofie and the Grayson have some of the best-looking displays we’ve seen in a smartwatch, each a perfectly circular AMOLED panel with no flat tire in sight. Michael Kors even managed to still include ambient light sensors for auto brightness, which is usually the reason behind the flat tire in watches like the Moto 360 and Fossil Q.

So aside from size and a few aesthetic differences, are the Sofie and Grayson exactly the same? Well, not quite. The Sofie has the typical layout of a smartwatch; just one button on the righthand side, which can be pressed to jump between the watchface and app launcher, or held down to access Google Now.

The Grayson additionally features two shortcuts buttons flanking the center button that can be programmed in the settings to launch any app. What’s more, the center button is actually a rotating crown on the Grayson, which can be used to scroll through lists and notifications without touching the display. The only other smartwatches we’ve seen with a rotating crown for scrolling are the LG Watch Sport and the Apple Watch, and just like on those two, it’s an absolute delight to use on the Grayson. 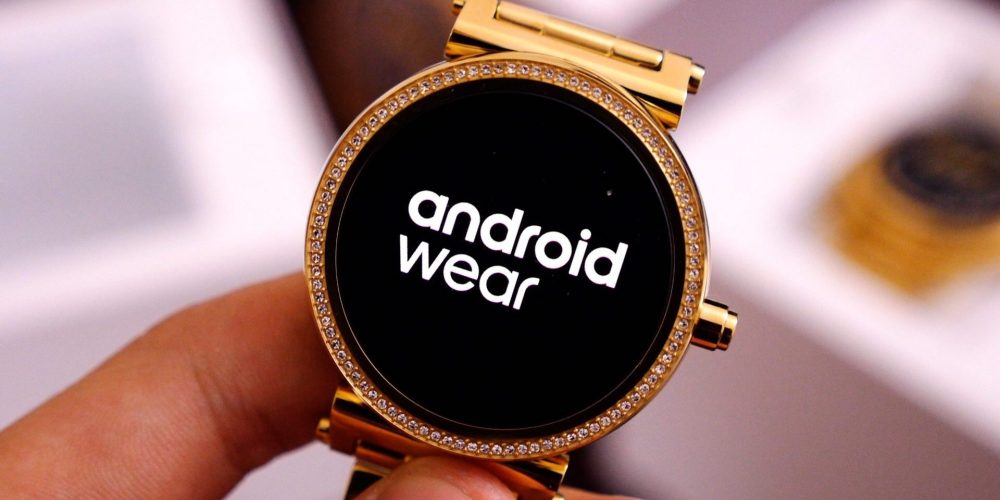 Sofie and Grayson both run Android Wear 2.0, which runs very smoothly on each watch They feature several custom Michael Kors watchfaces. They’re ostentatious by design, and luckily they’re easy enough to replace if you don’t care for them.

Though the Sofie and Grayson are delightful smartwatches, there are few missing features to note. Both lack NFC and a heart rate monitor, limiting the usefulness of health and fitness apps and breaking Android Pay compatibility. There’s also no LTE-capable version of either watch, though they can still be used sans-smartphone when connected to WiFi.

It would also be great if the Sofie and Grayson had fast charging, since you’ll probably need to top up during a particularly busy day. It takes about an hour to fully charge the Sofie, and a little longer for the Grayson — on the bright side, the magnetic charging puck has a good grip and isn’t prone to easily falling off with a nudge like the Fossil Q we reviewed earlier this year.

Starting at $349, the Sofie and Grayson aren’t the cheapest smartwatches, but they carry a design unlike any other Android Wear watch, and leave little more to be desired. If fashion isn’t your top priority, you’re probably better off saving some money and getting a cheaper smartwatch like the LG Watch Sport, but if you can spare the extra cash, these are both terrific options you probably won’t regret.