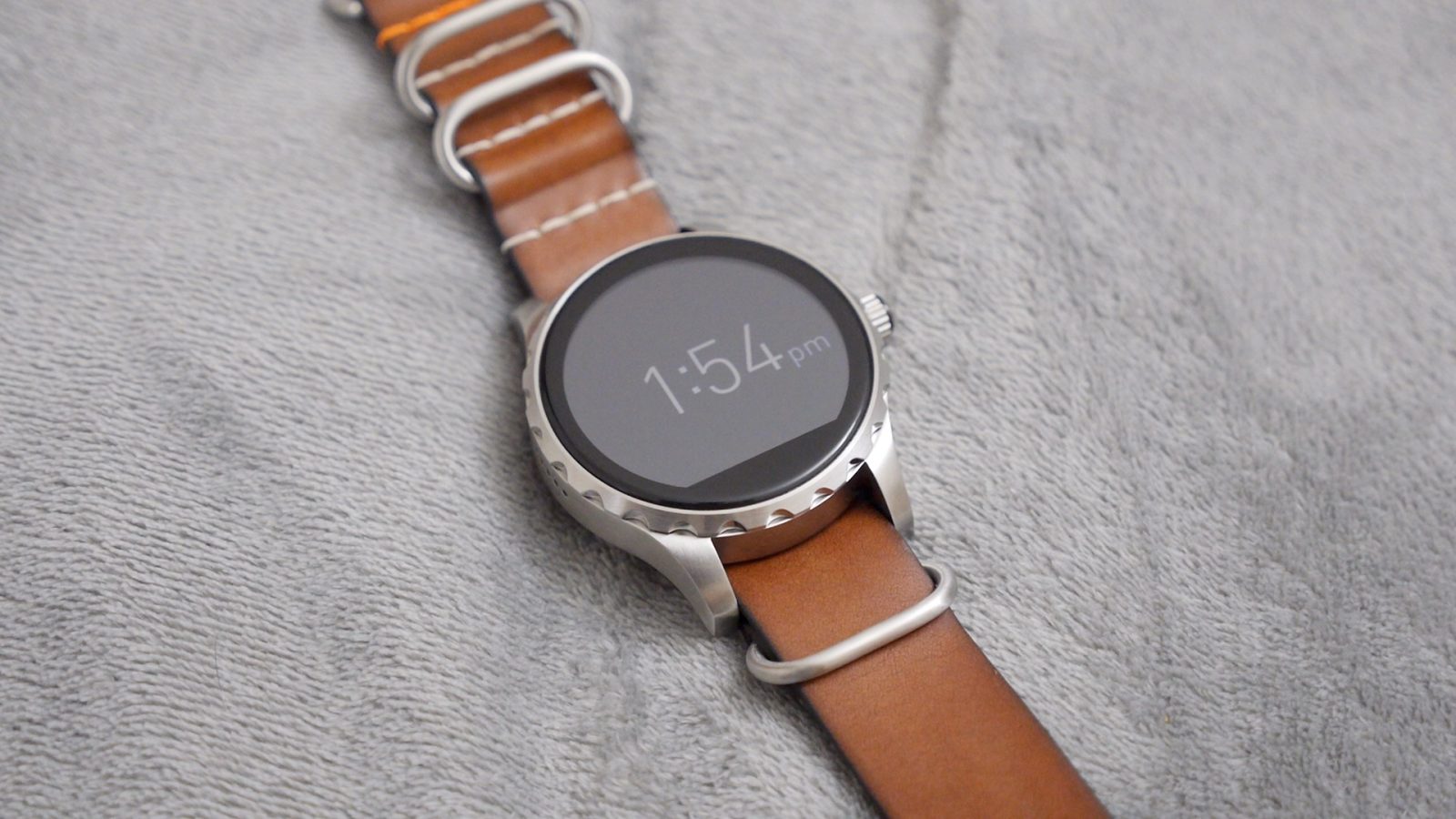 Ever since stepping into the smartwatch game, Fossil has always been a fashionable alternative to fan favorites like the Moto 360 or G Watch R. The new Q, collaboratively designed with acclaimed National Geographic photographer Cory Richards, keeps in that tradition and runs Android Wear 2.0 to boot.

Richards has long been a fan of Fossil, and this model, though part of the Q Marshal collection, is based on the Fossil Blue he wore in his twenties. It’s definitely a looker — the stainless steel design feels every bit as premium as it looks, and with both a metal and leather strap included in the box, you can adjust it to whichever style best matches your outfit and preference on a given day. It’s also IP67 dust and water resistant, something an outdoorsman like Richards will appreciate.

The notched bezel and crown look great, but they don’t do anything.

It’s always nice to see a round display on a smartwatch, though much like the Moto 360, the Fossil Q bares a “flat tire” at the bottom to hold the ambient sensors. The display itself has a 360 x 360 resolution and looks … fine. It’s not particularly vivid or well-suited for outdoor viewing, and other smartwatches like Samsung’s Gear S3 certainly look nice, but it gets the job done. Still better than a Pebble (RIP), right?

With a 45mm casing and coming in at 14mm thick, it’s a pretty sizeable watch. That large casing houses some decent specs, though: 4GB internal storage, 512MB RAM, Qualcomm’s Snapdragon Wear 2100 chipset, a gyroscope, and more. 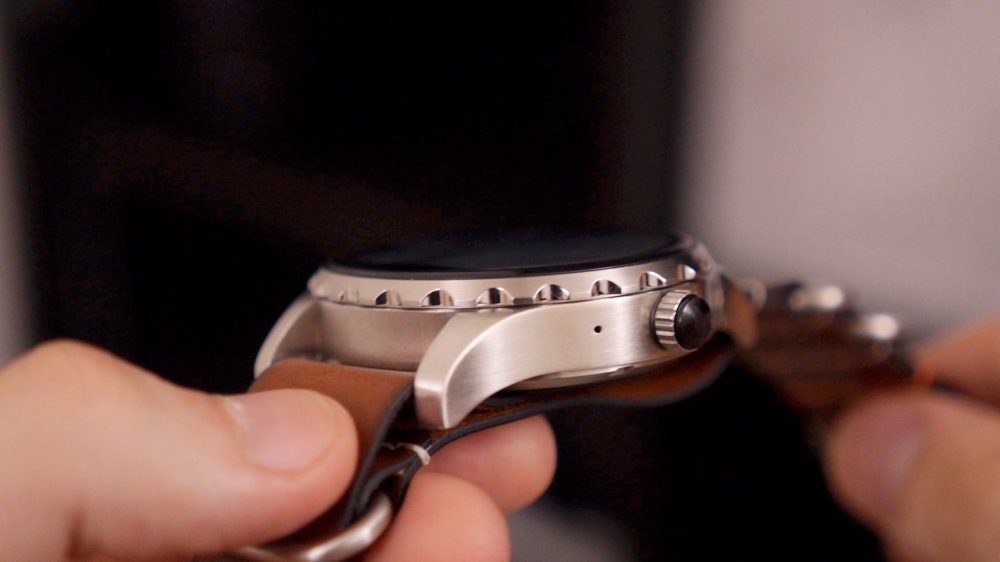 What I found frustrating about the design of the watch were the notched bezel around the display, and the crown to the side. Don’t get me wrong, they’re great to look at … but they don’t do anything. I adore the rotating bezel on my Gear S2 and much prefer it to fiddling with the tiny touchscreen, and the digital crown is a great way to interact with the Apple Watch, so to see both visual cues here with no real functionality feels like a cruel tease from Fossil. 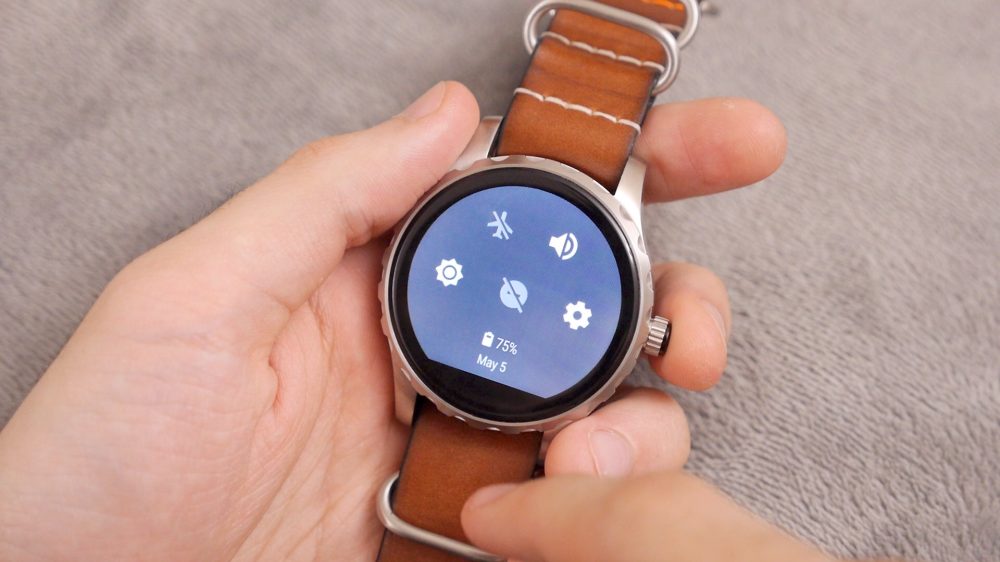 Android Wear 2.0 is the star of the Fossil Q. From Google Assistant to the standalone Play Store to better activity tracking with Google Fit, it has all of the features you’d expect from a Wear 2.0 device … and not much more.

Fossil’s own website highlights activity tracking as one of the callout features of the Q, mentioning step count, distance, and calories burned, but notably missing from the watch is a heartrate monitor. Those who just want a smartwatch for notifications and not much else won’t mind this omission, but for the more health- and fitness-focused it’s strange to see such a simple feature missing.

Still, the software experience on the Q is a pleasingly fast and snappy one. You can wake the display with a press of the stationary (yes, I’m still bitter) crown, and pressing it again from the home screen opens the app list. 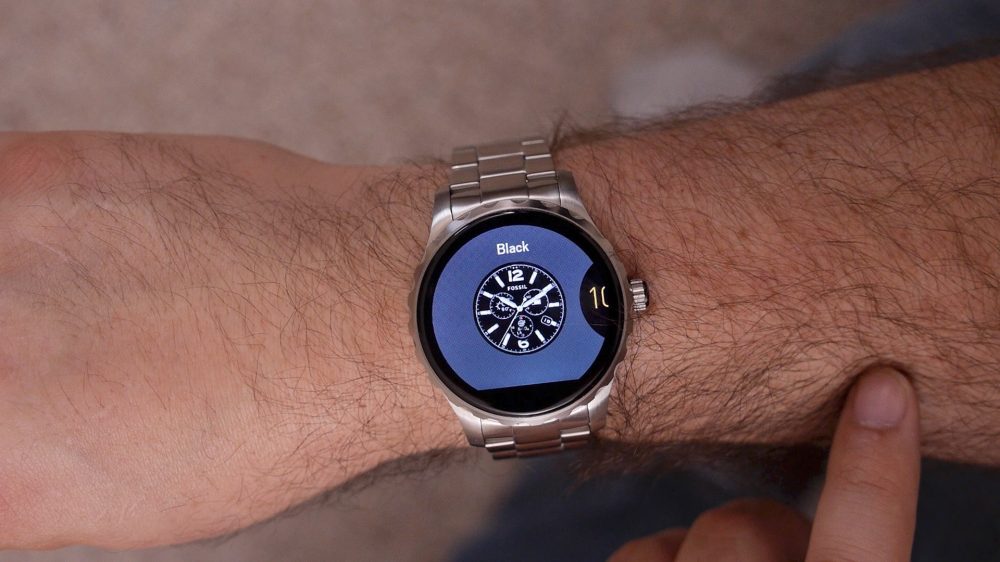 Fossil has included a few custom watch faces, with plenty of different color and dial combinations. They’re organized within the preinstalled Fossil Q app (though they’re still accessible through a long press of the home screen as well) and add just a touch of uniqueness to this otherwise unremarkable software experience.

The most frustrating part of using the Fossil Q x Cory Richards is the poor and inconsistent tilt-to-view functionality. More often than not, I’ve angled the watch towards my face to check a notification only to find that the Q didn’t acknowledge the gesture. To combat this, you could leave the always-on display enabled, but that just leads to another shortcoming…

…The Q’s subpar battery life. Fossil claims the Q x Cory Richards should last you all day with its 360mAh battery, and while that can easily be achieved with the always-on display setting turned off, flip it back on and you’ll probably need to recharge by dinnertime. 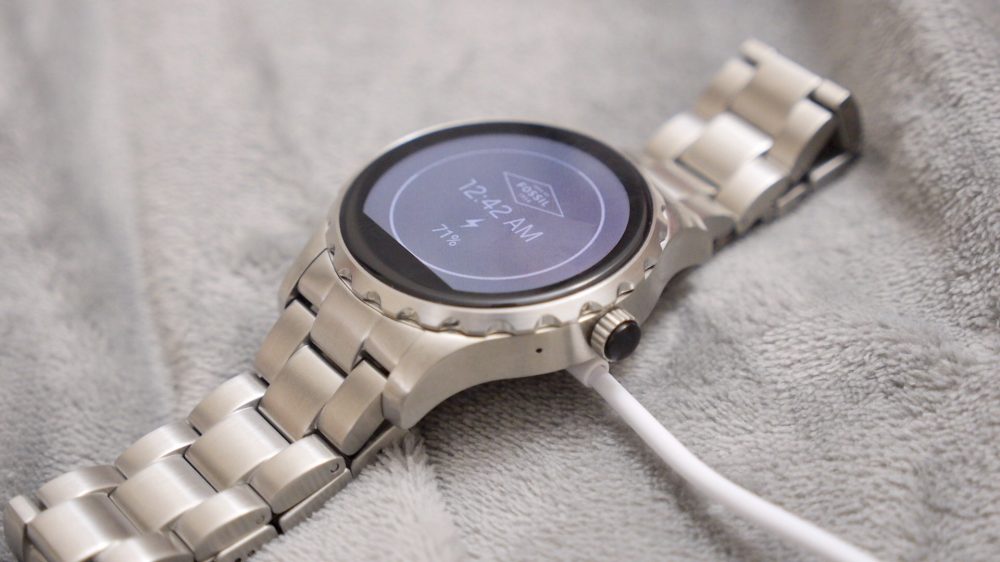 To be fair, that’s not a problem exclusive to Fossil — nearly every Android Wear device suffers from poor endurance, but most alternatives do a better job at raise-to-wake detection. Sadly, here your only options are an always-on-except-when-it-dies-halfway-through-the-day display, or a tilt-to-view-sometimes display.

When it does come time to re-up the Q, however, its magnetic charging puck is small and easily pocketable, unlike the pedestal style of the Moto 360 or Gear S3. It’s reasonably quick; about an hour and a half should be all it takes to reach 100%. 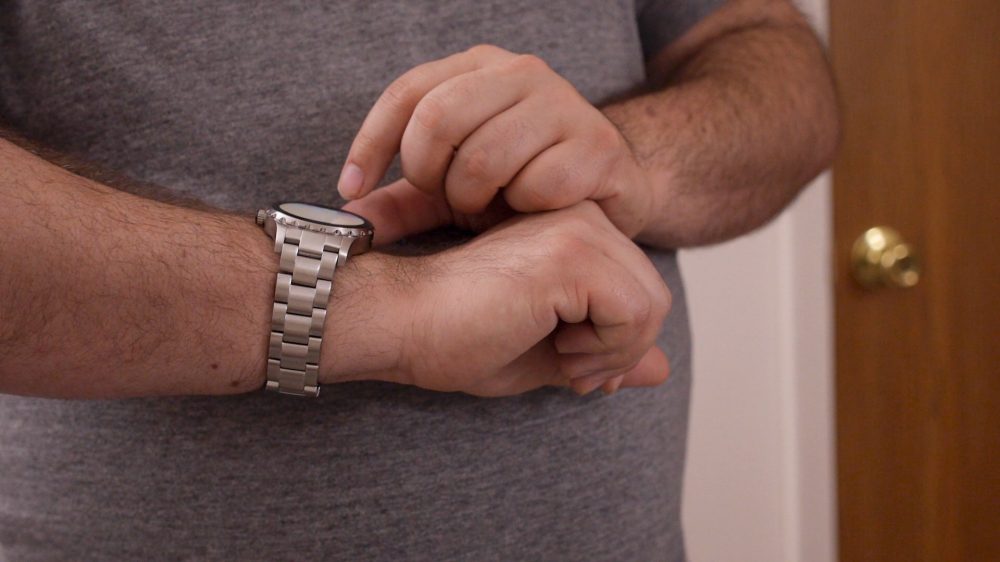 Whether or not you should buy the Fossil Q x Cory Richards depends on a number of factors. Your wrist size, for one — even at the tightest setting of the leather strap it’s far too big for my tiny wrists, and as much as I enjoy the aesthetics of the watch that’s going to keep me from continuing to use it. It’s also pretty expensive by smartwatch standards at $325, though that’s hardly unheard of for a stainless steel, limited edition designer watch.

The Q checks a lot of boxes. It’s well-made, water resistant, runs modern software, and ships with two high-quality watch bands. To sweeten the deal, Fossil also provides a two-year limited warranty. But its high cost and lack of differentiating features make it hard to recommend over other, cheaper smartwatches running Android Wear 2.0. If you have your eyes set on this watch, however, act fast — from May 4 to May 14, Fossil is offering 25% off of the Fossil Q lineup, with the pricing already adjusted on Amazon.