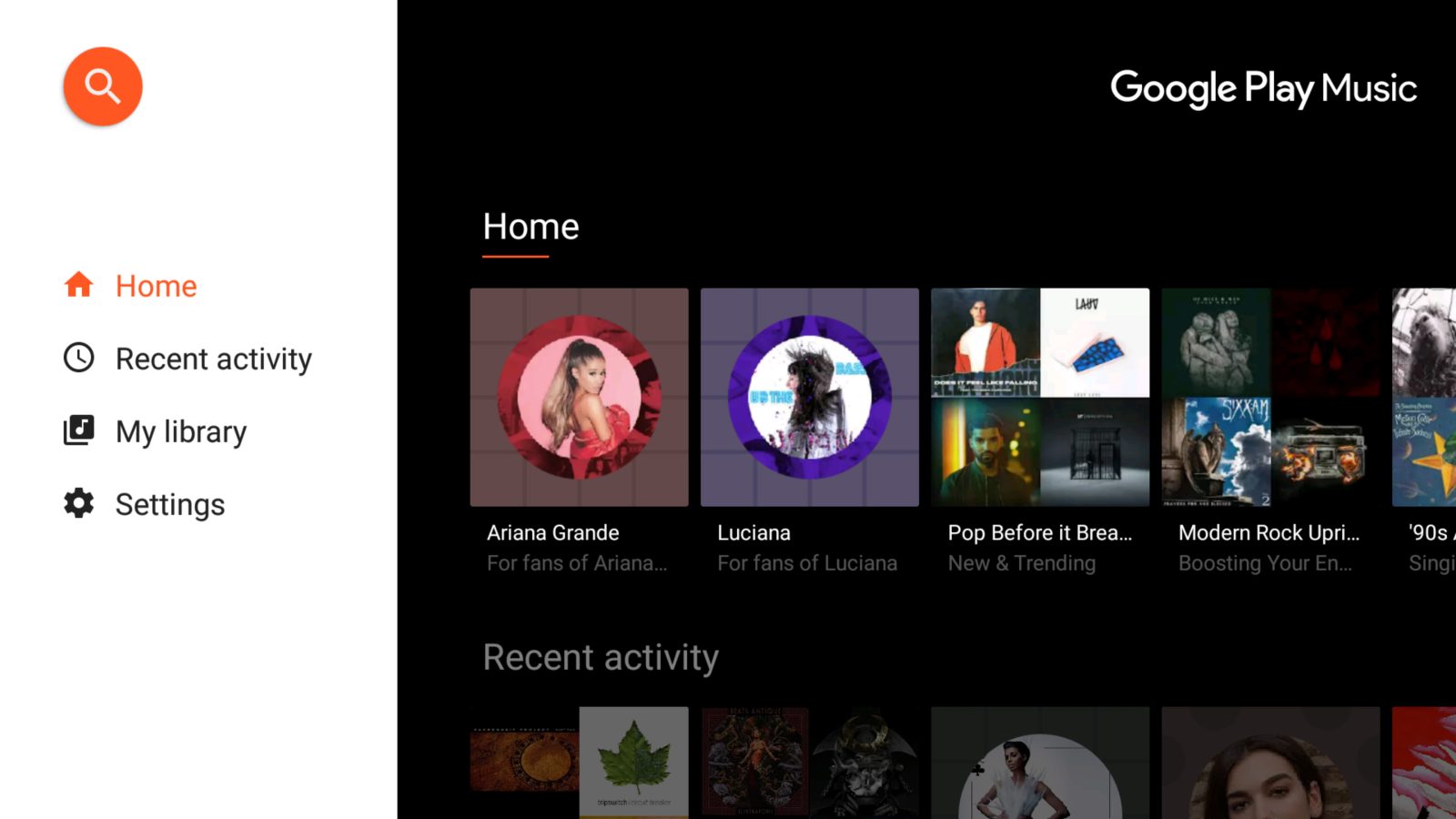 Android TV has largely been neglected in a lot of ways, but with a fresh redesign incoming and Google Assistant’s recent debut, things are looking up. Now, in a recent update, Google has given the Play Music app on Android TV a fresh makeover.

Play Music v8.1 (via Android Police) ditches a lot of the bright orange and blues that showed up in the previous design (which has been around since launch) and replaces them with orange accents and an overall dark theme. The UI has largely remained the same, but there are some notable changes.

For one, some of the navigation elements have moved from the main “rows” are now separate screens within the “My Music” section. The Now Playing screen also has a fresh coat of paint, replacing bright orange and full-screen artist images with a dark UI that shows track information, album art, and the usual set of controls. Beneath that, you’ll find the queue.

All of this goes live in Play Music version 8.1, but the changes are only in the Android TV version. It’s reasonable to assume, though, that Google is planning to bring some of these same design elements over to the Play Music app on your phone too. Fingers crossed…