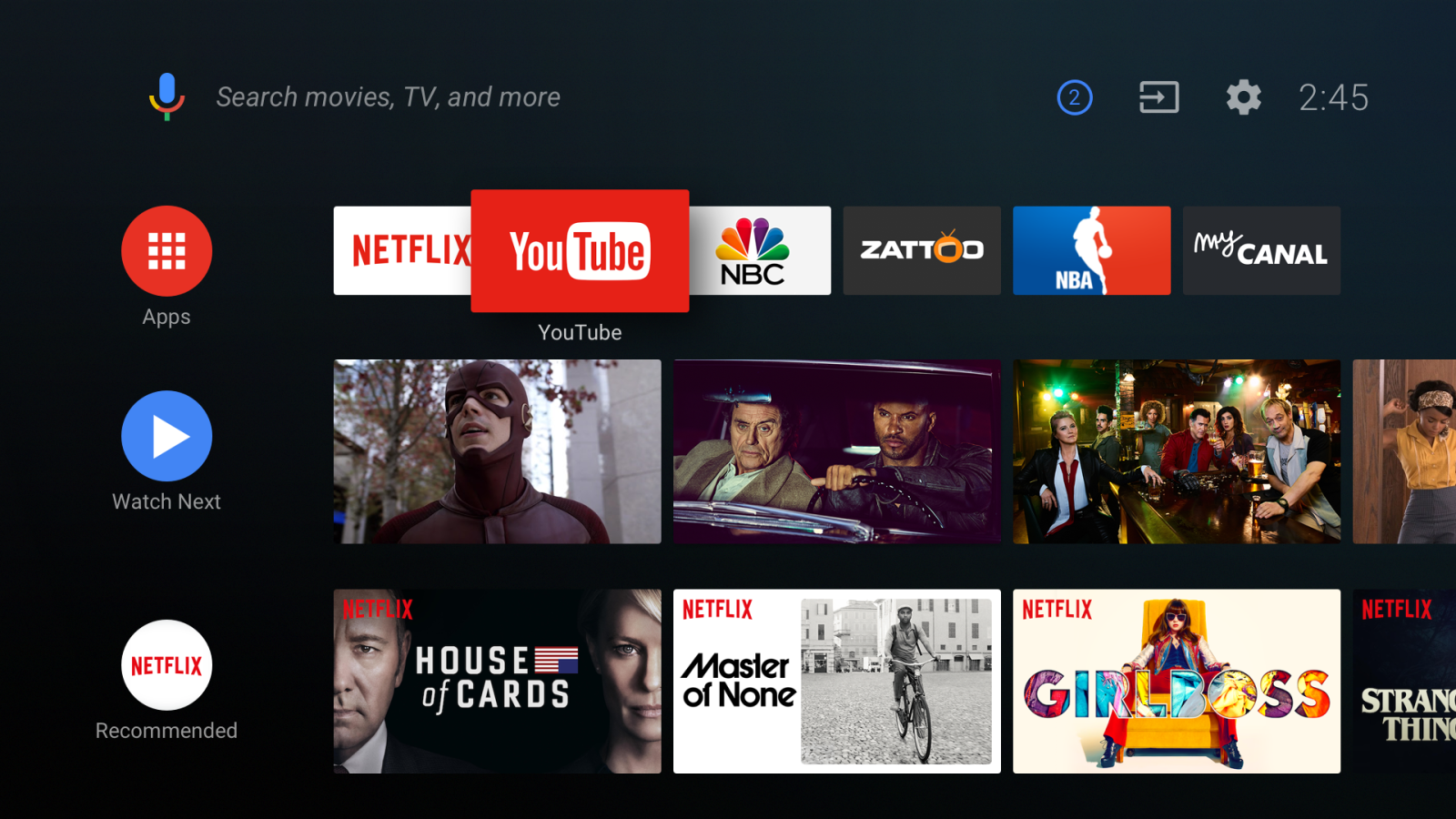 Android TV hasn’t seen too much love in the past few months aside from some new hardware, but Google has some new additions in store as they showed off on stage at I/O 2017 today.

As announced back at CES 2017, Google shared plans to bring Google Assistant to the Android TV platform, and that hasn’t changed. The functionality is still on its way, but we don’t have a timeframe outside of “later this year.”

Along with that, Google is bringing some massive new updates to the platform. First and foremost, a brand new UI on the launch. With this new UI, Google rearranges what appears on the homescreen, with favorite apps up top, an app drawer, shortcuts for recommended content, notifications, and much, much more. The update even offers automatic previews of content from the homescreen.

This entire update is very content-first, pushing some of the other aspects of Android TV to the background. Google hasn’t gone too far into detail with all of this, but from what we’re seeing, Google is finally taking Android TV seriously with this update.

The company says that this will come with Android O, but we don’t know when it will land on devices. Presumably, the Nvidia Shield will be one of the first devices to be updated.

Along with this update, Google is also bringing 360-degree videos on YouTube to the big screen. Through Android TV, casting, and the YouTube TV app on some other devices, users will be able to view 360-degree videos on their TV, including live content. Depending on the device, this will be controlled by the user’s smartphone or the TV’s remote control.