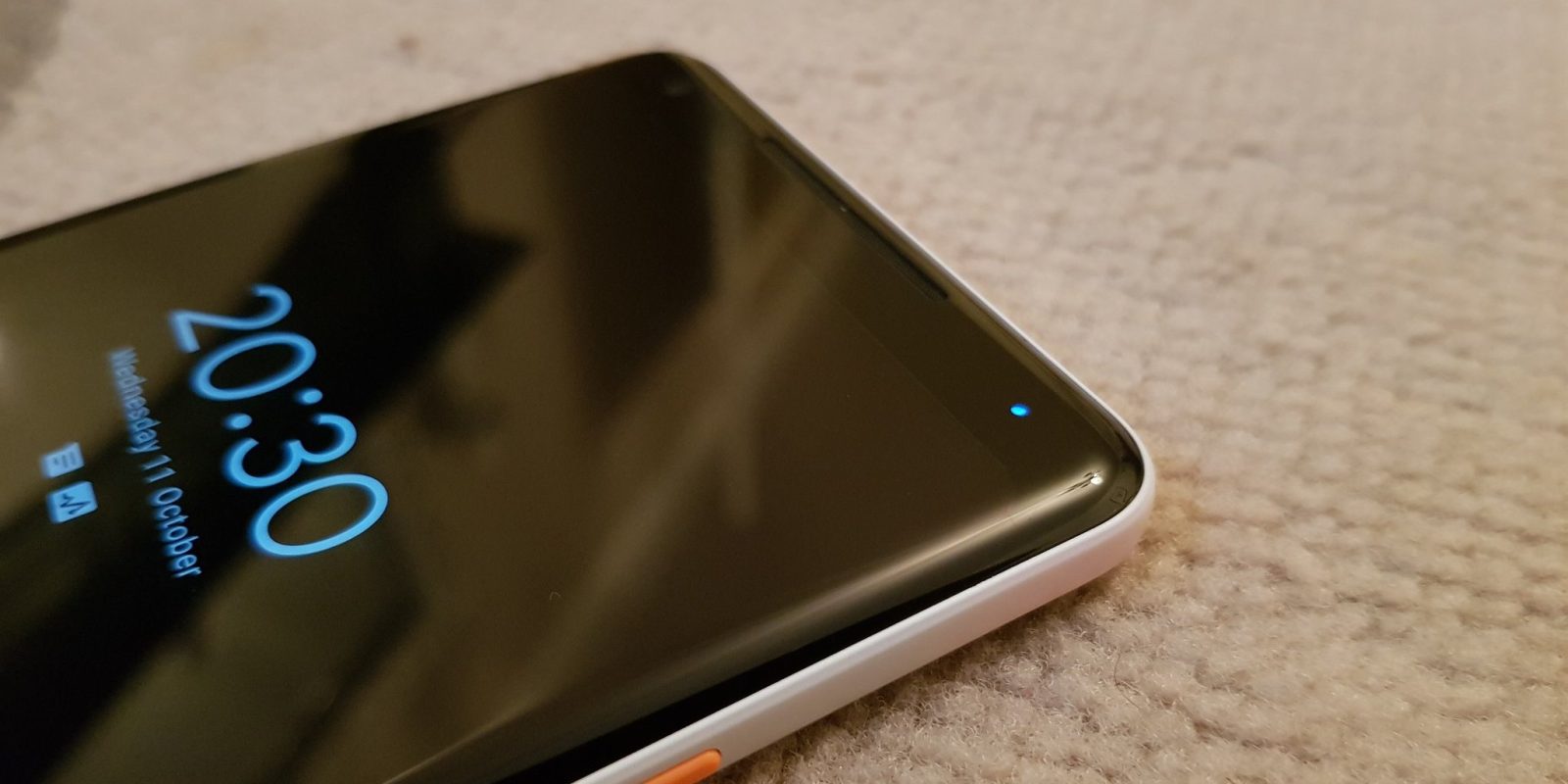 The Google Pixel 2 XL has been getting lots of flack for its display being, well, subpar. Some are reporting burn-in, others have complained about the phone’s blue tint/discoloration when viewed at an angle, and yet others have weird green lines, overall graininess, and dead pixels. Then there’s the display’s general lack of vibrancy, which can attributed to Google’s tuning of the display to sRGB.

But there’s another problem, albeit one that’s minor in comparison to the others. We’ve found that the phone’s “black smear” — a phenomenon that’s familiar to OLED displays in general — is far worse than an average OLED display on a phone in this price range.

What is black smear?

First of all, it’s worth defining black smear. Black smear isn’t new, and it’s been appearing on phones with OLED displays for quite some time. Basically, it describes the effect that appears on a screen when a group of OLED pixels is changing state. You can see it on some displays when you have a screen with a black background and colored pixels are moving on top of it.

In the last several years, black smear has most commonly been discussed in the world of VR, where it’s far more easy to see due to a phenomenon called “vestibulo-ocular reflex.” Not only are you far closer to the display where your eyes can easily see the non-zero switching times of the pixels, but it’s more common for VR apps to have dark backgrounds that switch to the color of objects on the screen, whereas true black is less commonly used on phones… ever.

But here’s what black smear looked like on the Galaxy S4, for example:

How is the Pixel 2 XL affected?

As has been the story with the Pixel 2 XL’s display, the problem is not that the phone has the problem. No display is perfect, and OLEDs in particular are known for their compromises versus their LCD counterparts. The problem with the Pixel 2 XL is that it’s showing this issue far worse than the average modern phone in this price range with an OLED display. Oh, and it’s a problem that this issue is not appearing on the smaller Pixel 2 to the same degree.

As you can see in the below video (apologies for the quality, it’s hard to capture a situation like this that only appears when the display is at low brightness settings), my Pixel 2 XL unit is showing the black smear issue to around the same degree (or worse) than the Galaxy S4 you see above.

Looks even worse here. Seriously for a second I thought “did the Reddit app add animations to video thumbnails?”

But if the fact that it’s about as bad as a 4 year old Samsung flagship isn’t enough, we can compare it to the Pixel XL from last year. Artem kindly shows this in the below tweet. He says that he controlled for sRGB mode and — assumably — he had both at low and similar brightness settings. On most OLED panels, the smearing doesn’t appear unless you have the brightness low enough.

Unfortunately, I found that the smearing appeared on the XL 2 with as much as 40%, which is particularly concerning. I’ve seen the issue appear on other modern phones with OLED displays, but I’ve usually had to get far lower than 40% brightness to see it appear.

Look at the top of the picture in @iamkellex's tweet and let the smear flow through you. pic.twitter.com/6FqBNWH90Y

This problem by itself might not be a deal breaker for the Pixel 2 XL’s display, but it must be considered in light of the other issues. It’s not that this phone has a display with a little smearing problem. My review unit, at least, has a bad blue shift issue (it appears at as little as 15 degree tilt), paper-like grain, burn-in, and the aforementioned noticeable smearing. Others have had even more problems, but it seems that some seem to have magical units with less problems.

This is Google’s official statement to us, via a spokesperson:

The demand for Pixel 2 and Pixel 2 XL has exceeded our expectations, and we’re thrilled with the positive reaction to our new phones, both from the reviewers who have tried and tested our devices thoroughly and from consumers who are switching to Pixel. We take all reports of issues very seriously, and our engineers investigate quickly. We will provide updates as soon as we have conclusive data.

Overall, I’m just disappointed to see yet another issue here. Whether or not you consider this within the range of “normal” for OLED displays, it seems pretty obvious that either my unit is 1) stuck in 2013 with the Galaxy S4 and worse than last year’s Pixel, or 2) is a dud that needs to be replaced. For full disclosure, Google seems concerned and has reached out to get my unit to look into these issues closer. I’ll be getting my replacement in the coming days to see if anything changes.