Google is officially 100% sun and wind powered — 3.0 gigawatts worth 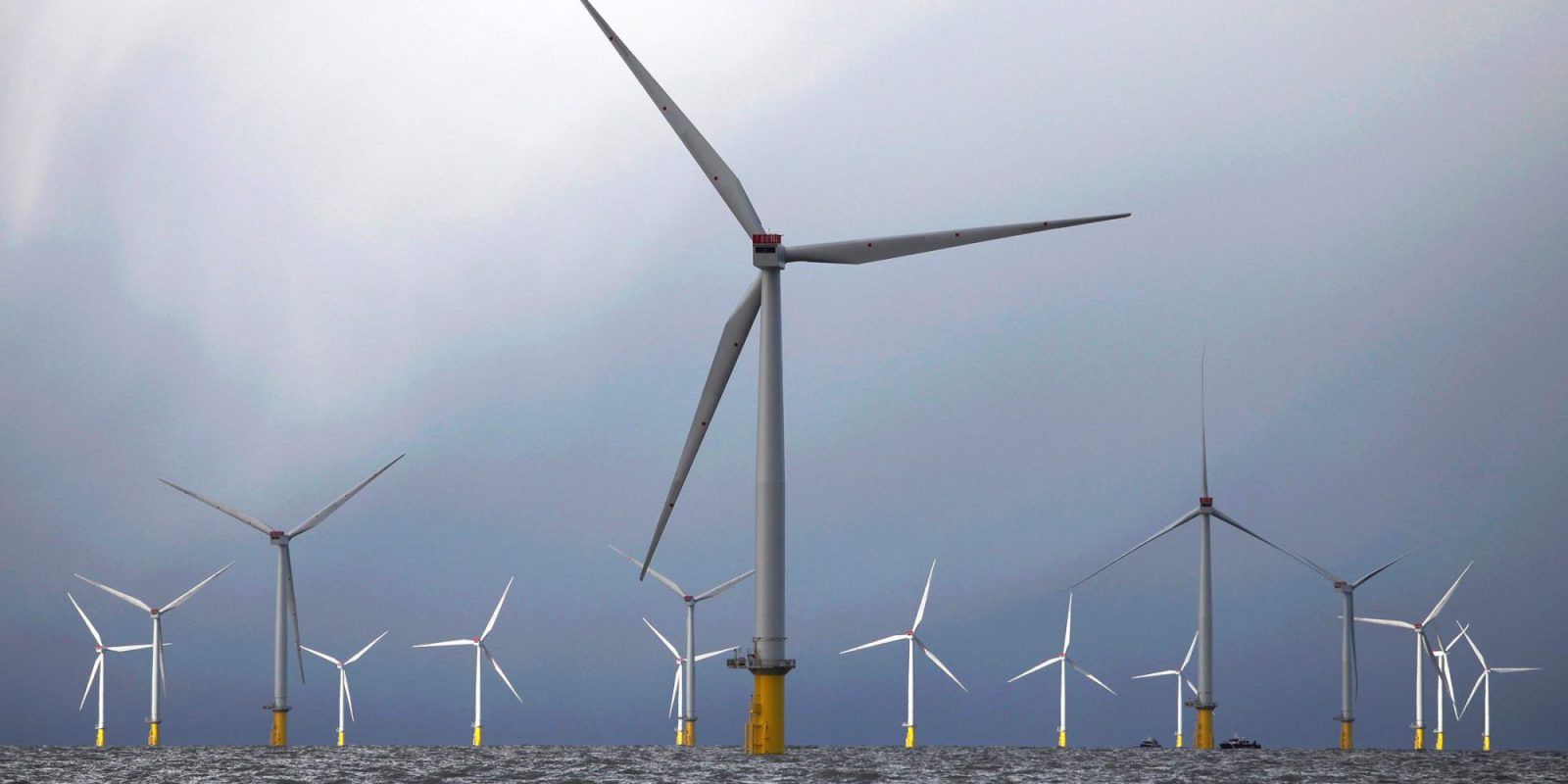 Google is officially off-setting 100% of its energy usage with either wind or solar power. The company signed contracts on three wind power plants in recent days to bring them over 3GW of production capacity.

Google’s energy infrastructure investments have totaled over $3.5 billion globally, with about two-thirds being in the US.

Per an announcement made via Twitter and the LinkedIn page of Sam Arons, Google’s Senior Lead, Energy & Infrastructure at Google:

Citing a cost decrease of 60%-80% in wind and solar as the driving factor, Google has been investing heavily in renewables. They first signed an agreement in 2010 to purchase all of the production per year from a 114MW wind farm in Iowa. As of November of 2016, they’d participated in 20 renewable energy projects. The company announced that they’d break 100% renewable back in December of 2016. 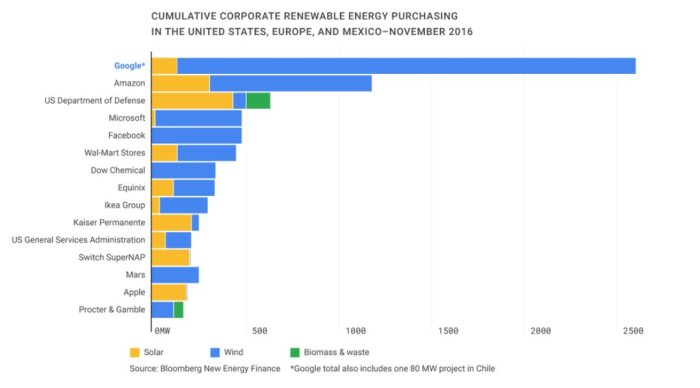 Google is the world’s largest corporate buyer or renewable energy, totaling over 3.0GW. This is nearly twice as much as the next largest purchaser of renewables, Amazon, at about 1.5GW. Jeff Bezos showed off on one of his recent wind power installations.

The Twitter announcement offered no details – but gave a nice calming GIF:

New clean energy purchases bring our total wind and solar capacity to over 3 gigawatts—enough renewables to match 100% of the energy it takes to run our products in 2017. pic.twitter.com/8ykaWO9LU0

Avangrid Renewables was one of the developers that signed with Google. They’re building two 98MW wind farms in South Dakota. Avangrid suggested the two farms would contribute more than $40 million in land leases and tax payments over their lifetimes.

Regarding the South Dakota plants –

“Renewables from projects like Coyote Ridge and Tatanka Ridge bring value to our business as we scale and accelerate investment in the communities where we operate,” Gary Demasi, Google’s director of global infrastructure, said in a statement. “With solar and wind declining dramatically in cost and propelling significant employment growth, the transition to clean energy is driving unprecedented economic opportunity and doing so faster than we ever anticipated.”

EDF signed a 200MW deal for a project in the Glaciers Edge Wind Project in Iowa. This project will come online in 2019.

Interestingly, just yesterday it was reported that Google shut down the lead source portion of Project Sunroof. It was suggested that Google’s logic for cancelling the program – even with an overflow of companies around the country asking for access for the leads – was that they thought selling leads for solar power was not their main skill set, but – obviously – selling ads is. The company now redirects Project Sunroof users to solar companies in Google’s main search directory.

Google Environmental Report is located here – with updates in 2017.

For more electric vehicle, autonomous transport and clean technology news, make sure to follow us on Twitter, Newsletter, RSS or Facebook to get our latest articles.