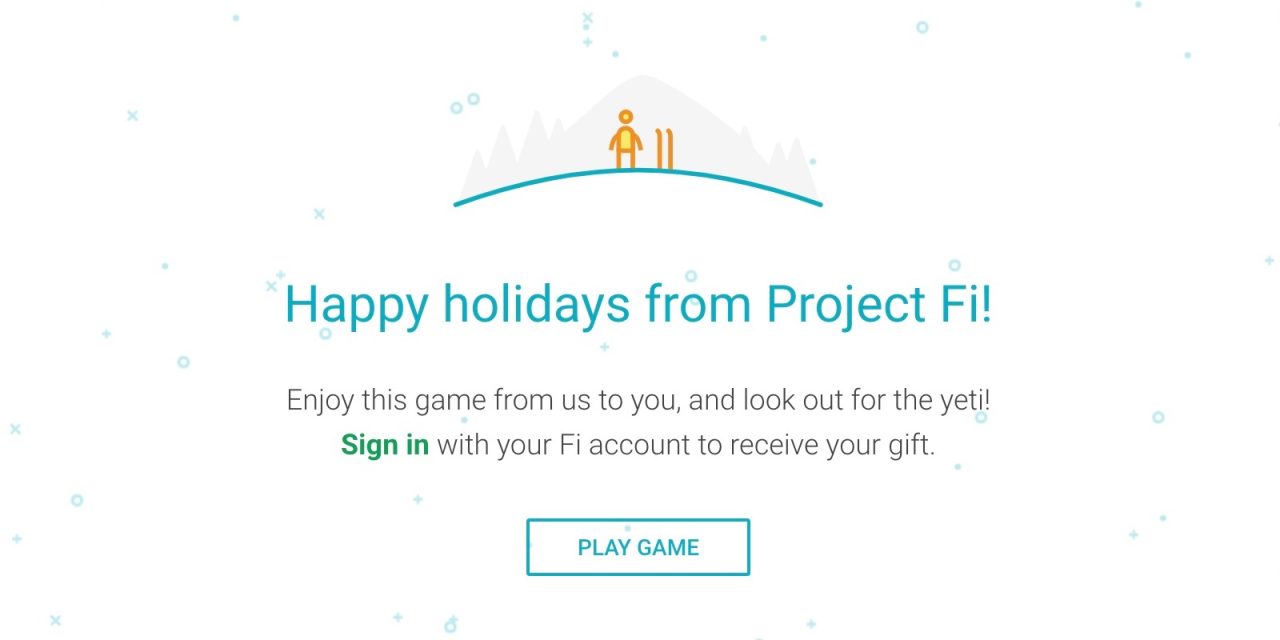 As is tradition, Project Fi is again gifting a “holiday treat” for subscribers of the Google MVNO service. The interactive experience for 2017 is a fun ski game that’s coupled with an in-flight Wi-Fi code.

The prize is accessible by playing a simple game where users control a figure skiing down a mountain while avoiding obstacles like trees and taking advantage of speed boosts. There is a score in the upper left-hand corner that keeps track of your high score.

After wiping out, Fi subscribers will be presented with a free in-flight Wi-Fi code from Gogo that’s valid until March 31, 2018. Users are able to replay the game at anytime, but will only receive one code. This game is also open to non-subscribers, but without the prize at the end.

Admittedly, Fi’s holiday gifts have been declining in prestige since the cellular network first launched. Last year was a $10 Google Play credit, while 2015 saw a Fi-branded LEGO that could be used to build a charging stand and a USB-C to USB-A cable. Before that, Nexus 6 users received a Fi-branded case, headphones, and portable battery pack.

Then again, Google is now likely limited by how many more Project Fi subscribers there are.