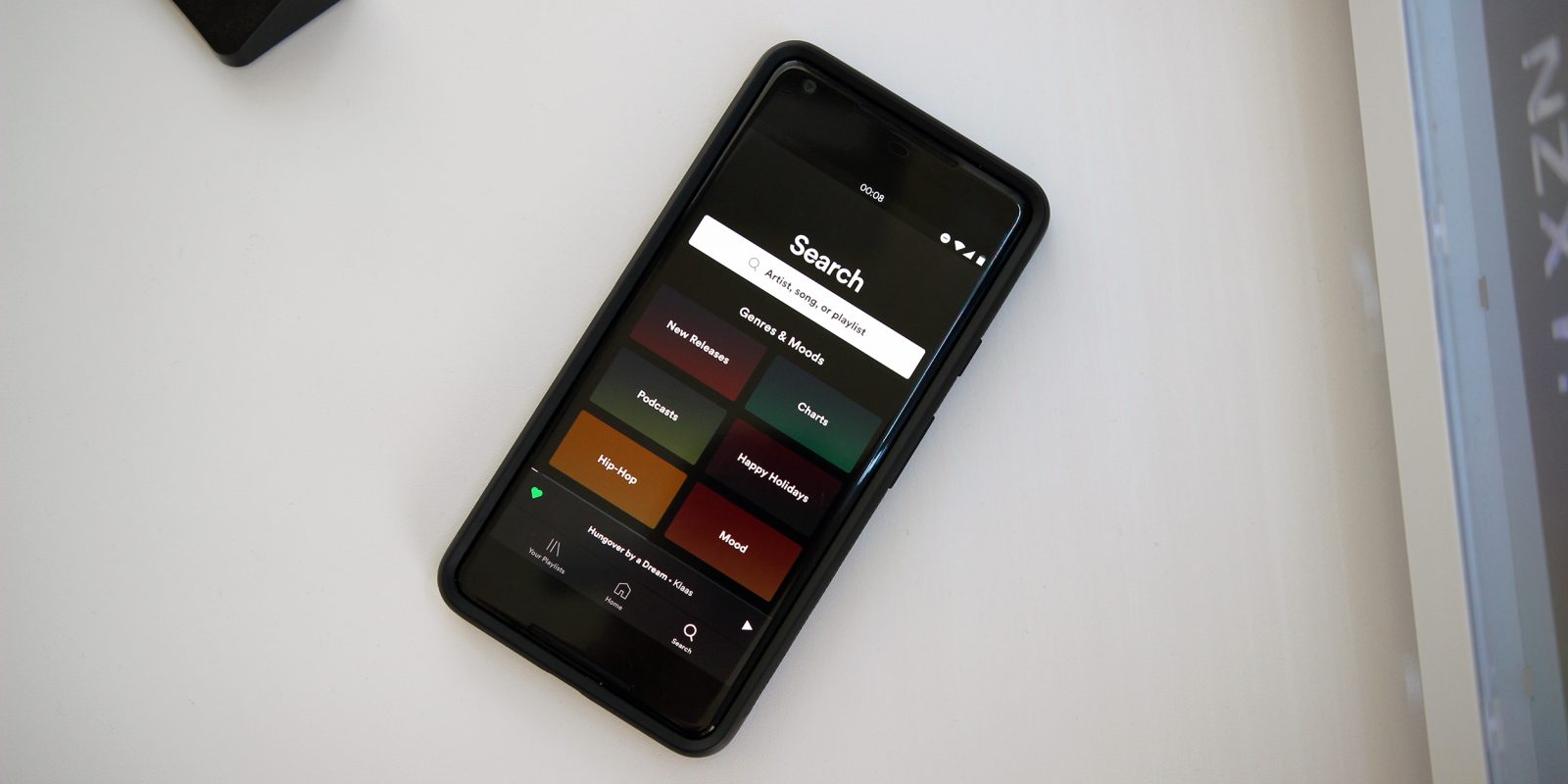 Spotify’s Android app has a design which is clearly ripped from the iOS version, but that’s not really a bad thing. However, it would be nice if the company took the time to adjust its design a bit to better suit the platform it’s on. Now, it seems Spotify might be doing just that with a redesign that is being tested.

A Google+ user (via Android Police) was recently given a brand new look to their Spotify application on Android, and it includes some pretty interesting changes. The first being the return of the new “now playing” screen which we’ve seen in A/B tests a couple of times in the past. This UI rearranges some buttons and gives them a new look, but it’s biggest change is the full-screen album art which looks fantastic. This part also screams Material Design to me, which is a plus for the Android app.

Other elements of the UI have also changed in big ways on this new design. The bottom bar now only holds three tabs for “Your Playlists,” “Home,” and “Search.” This eliminates a lot of the unused elements Spotify’s app currently has, “Radio” in particular. 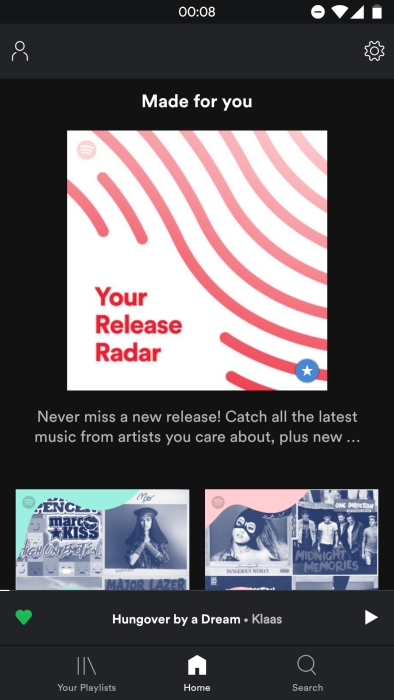 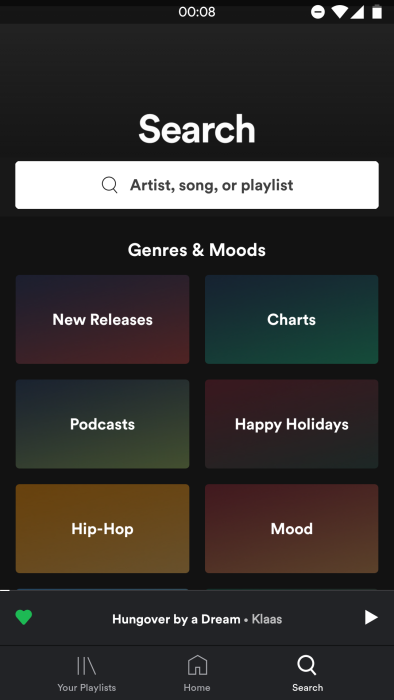 The “Search” screen also has a welcome redesign that gets rid of the under-used space that was previously there. It does this by moving the search bar and adding search filters below that for various genres and moods. Presumably, this is auto-populated based on your listening history.

The “Playlists” screen also gets a new look and location. Rather than being buried under the “Library” tab, it has its own tab which lists out your various playlists. The new look for this tab is certainly cleaner, but at a glance, I don’t appreciate that it shows fewer playlists on a single tab.

There are several other changes hidden within this interface, such as a new “Your Likes” section and various other UI changes. However, we can’t dig into it too much without trying the interface out for ourselves. Currently, it seems as though this is a server-side switch, so it’ll be hit or miss on if you have it or not.