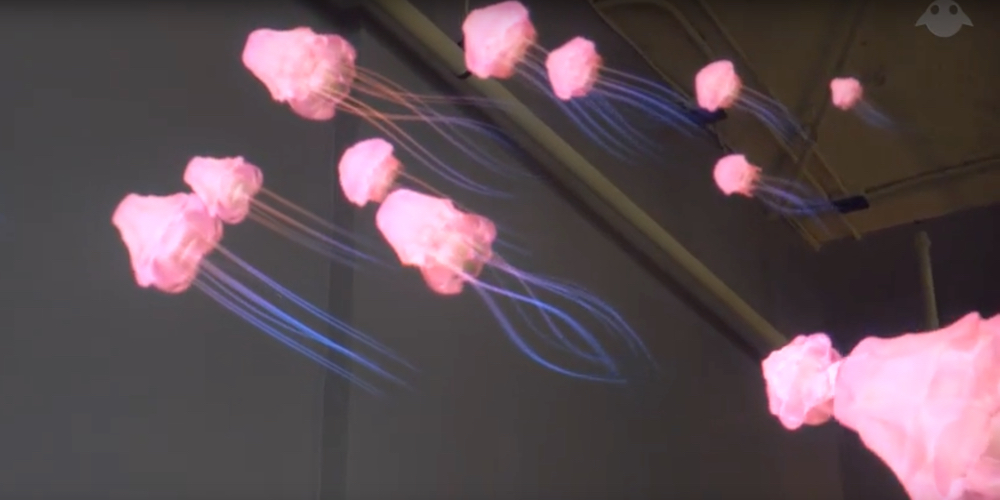 For the past several years, Magic Leap’s augmented reality device has been fervently anticipated due to the various claims made about the company’s technology. However, as 2017 ends, the startup has yet to unveil a product, though a new report today details one app that showcases Magic Leap’s capabilities.

Running at 8-10 minutes, the app is called Tónandi and Pitchfork has published several screenshots of the experience.

I see a group of little sprites floating around in front of me. The jellyfish-like creatures seem to match the waveform of the music I’m hearing through headphones. Encouraged to explore with my hands, I reach out, causing the waveforms to alter shape—both visually and in the audio playback, like a SoundCloud embed that’s somehow alive, three-dimensional, and responding to my movements. After initial sheepishness, I chase these non-existent tónandi like a clumsily psychotic bear in a very expensive gadget shop.

During the demo, the experience is able to adjust for the environment that the wearer is in:

The real-world demo space I’m in is decorated to resemble a living room, and the tónandi adjust to account for a table with oversized hardcover book on top of it.

Magic Leap’s strict non-disclosure agreement applies to the Pitchfork piece, however, we do get some hints. The piece — while taking about augmented reality headsets in general — notes narrow field of views, as well as the need for devices to connect to a battery pack for the foreseeable future.

The augmented reality startup has been working on this experience for four years. Besides massive funding from Google and venture capitalists, Magic Leap has been able to strike major partnerships with Lucasfilm and ILMxLAB in 2016 and with Peter Jackson’s visual effects company.

Today’s glimpse into Magic Leap seems to reaffirm how the company might be addressing AR’s content problem.