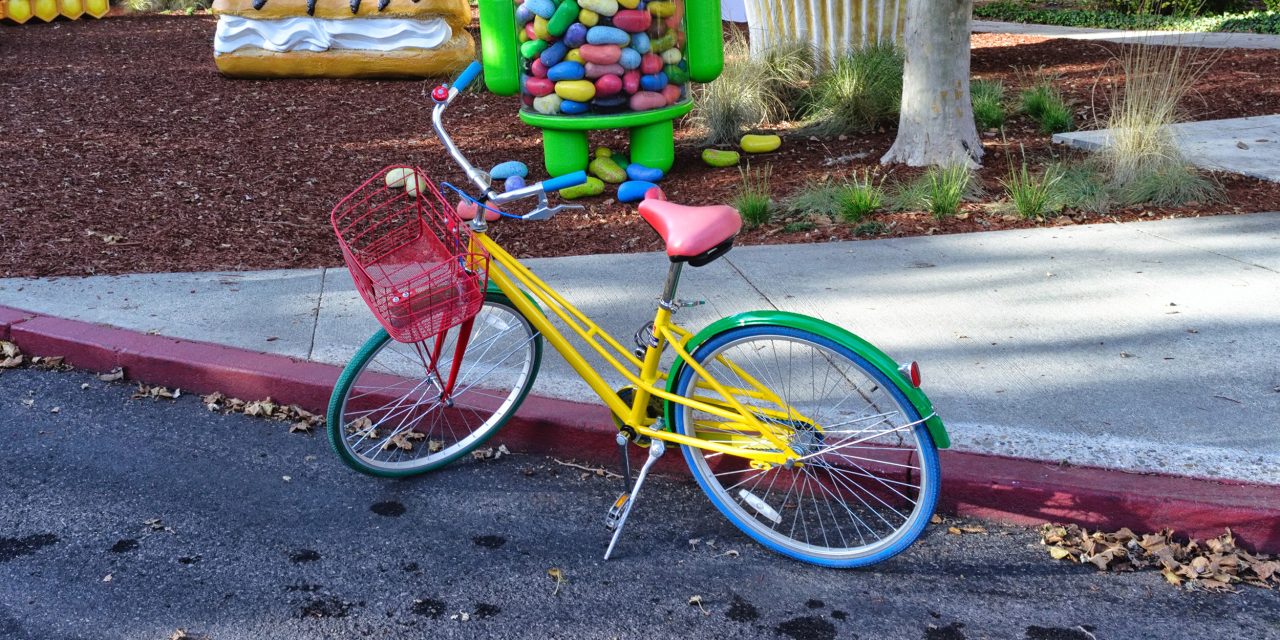 Whether you’ve been there in person, seen it in pictures, or watched a comedy about it, you’re probably quite familiar with the multi-colored bikes that can be found all over Google’s Mountain View campus. Designed for the company’s employees, these bikes are available to grab on the campus at any time, but there’s a problem — people keep stealing them.

According to a report from The Wall Street Journal (via Android Central), Google is constantly hunting for missing bikes. At any given time, there are around 1,100 of these special bikes on the campus for employees, but each and every week between 100 and 250 of them disappear.

Local residents apparently often take the bikes off campus, and many have been found in local lawns, roofs of local hotspots, and even making a cameo in a TV commercial. One resident who happens to work at Oracle described the bikes as a “friendly gesture” to the community, and even Mountain View’s Mayor has admitted to taking one to the movies after leaving the campus.

Since the local police was unwilling to help locate the missing bikes, Google started tracking the bikes themselves by attaching GPS trackers to every bike. In the past year since the company started doing this, bikes have gone as far away as Mexico and Alaska, as well as making a stop a Burning Man in Nevada.

In the company’s latest efforts to stop bicycle thievery, Google is testing a system which locks down the bikes, but lets employees unlock them using their smartphones.

This also isn’t the first time we’ve heard about Google’s bikes disappearing. Last year, quite a few were found being dumped in a local creek…