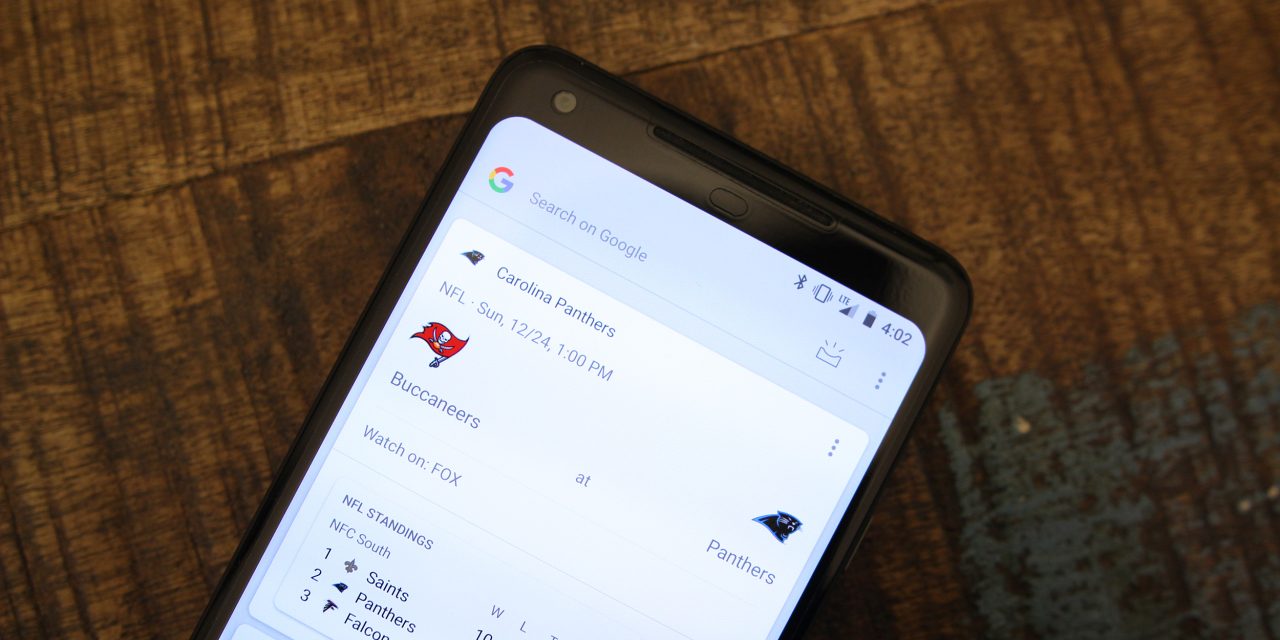 To the left of the homescreen on the Pixel Launcher is a specialized version of the Google Feed with a minimal search bar, Upcoming shortcut, and transparent design that supports the dark theme in Android 8.1. Google now appears to be A/B testing a new search bar for this screen.

Several users have spotted a rounded search bar at the top-left corner that matches the one found at the bottom of the Pixel Launcher. It doesn’t span the full length, but notably adds a quick shortcut to perform voice searches at the very right.

Compared to the existing version, this new design is slightly more consistent for featuring the rounded search bar found elsewhere throughout the launcher. It also drops the “Search on Google” descriptive text.

The shortcut to the Upcoming tab and overflow menu to customize the Feed remain located to the right of the search bar.

We have yet to encounter this design on any of our devices, through several users on Reddit with both the latest stable and beta version of the Google app have spotted this A/B test.