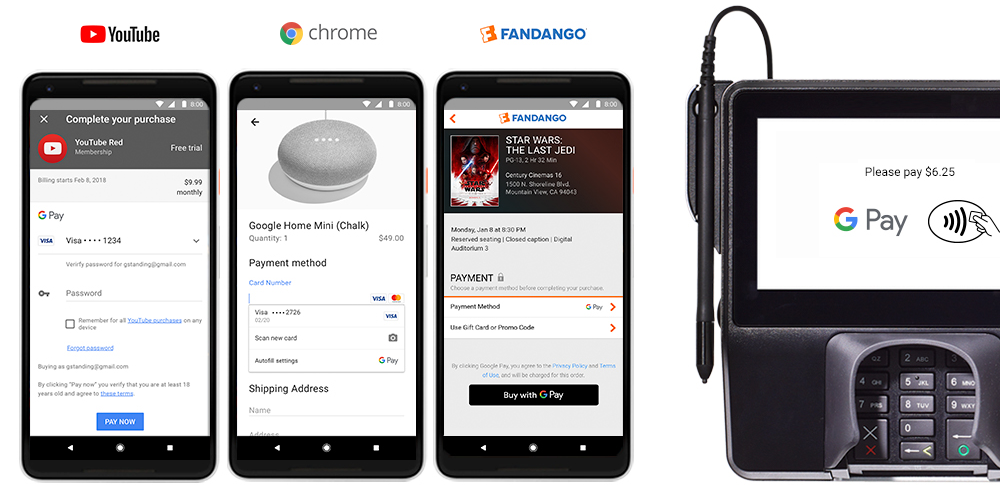 Earlier this week, Google announced that it was merging Android Pay and Google Wallet. The new Google Pay brand is simpler and centralizes the company’s payment services for consumers. At the time, the company noted a rollout in the “coming weeks,” with the first signs of it now going live.

The system Settings app for most Android phones feature a “Tap & pay” section — a part of Default apps selection on 8.0 Oreo devices and above — to configure the default payment service, as well as set other related options.

Those on the latest beta version of the Play services (11.9.73) will note that this section has been updated with the “Google Pay” branding. Tapping the selector will show the new Pay logo, thus replacing Android Pay and that associated branding, which is still present on the stable version (11.9.51) of Play services.

At the moment, this change does not appear to have manifested anywhere else following the Play services update. Android Pay has yet to be updated with the new branding, while Google Wallet is still available.