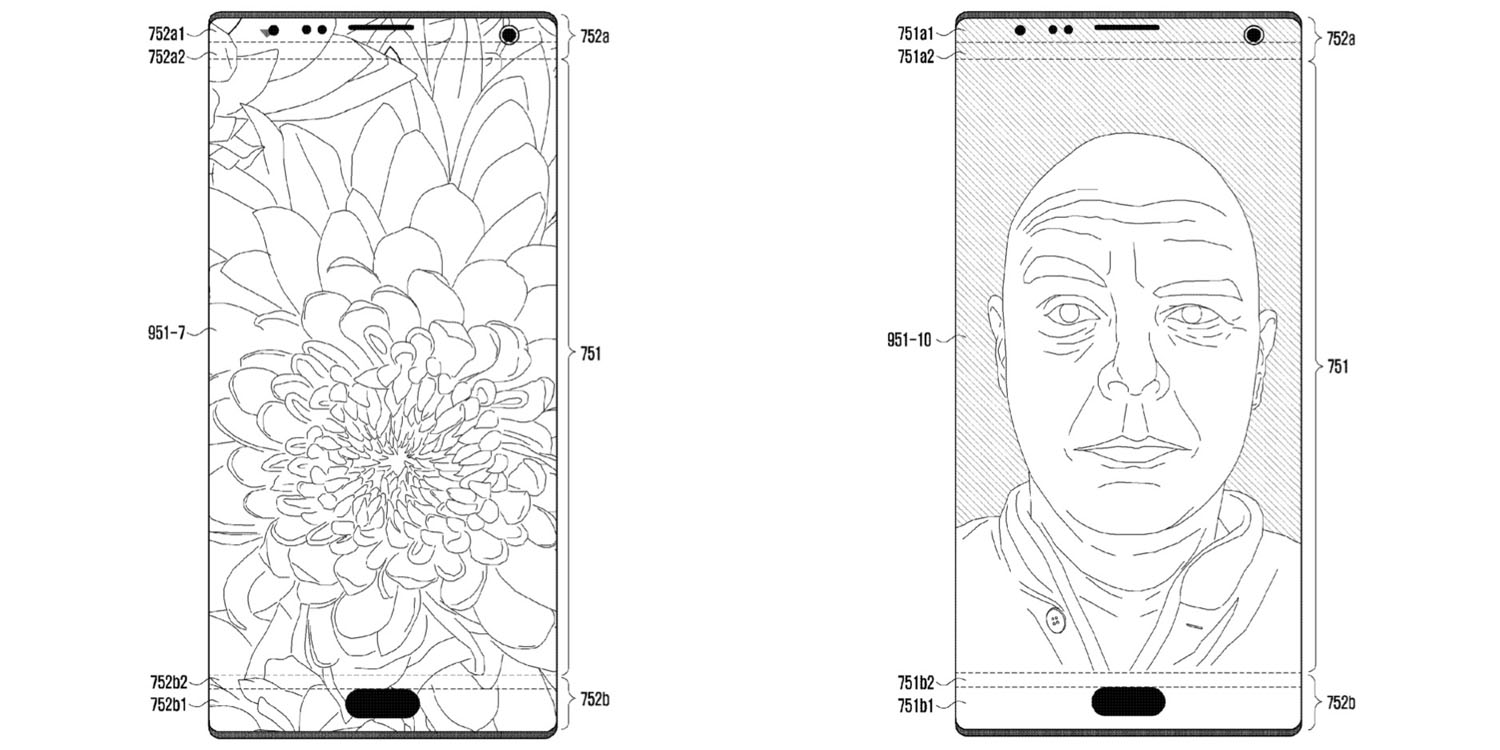 Apple’s approach to achieving a near-bezel-free design was, of course, the ‘notch’ in the iPhone X. But a Samsung patent suggests the company is hoping to go one step further, and actually embed the camera and other sensors into the screen itself …

The patent, spotted by LetsGoDigital, describes a method for having holes in a flexible OLED screen for the camera, speakers and other sensors. It illustrates how such a design could allow the full area of the screen to be used to display content.

While it looks best with images, other diagrams even show text being displayed across the top of the phone, automatically wrapping around the holes. As with photos and video on the iPhone X, however, the phone would offer users the choice of full-screen or a smaller display area omitting the cutouts.

Another key iPhone X design element is the gesture control that allowed Apple to ditch the Home button. Samsung appears to have no such plans here as the patent shows a conventional Android home button with, yes, another hole in the display to accommodate it – though of late the company seems to favor on-screen buttons. A new chip design does, however, suggest that Samsung is working on its version of Face ID and Animoji.

The same patent describes an alternative approach, with a much smaller notch. This looks almost identical to the design of the Essential Phone.

The notch was one of the more controversial design elements when the iPhone X was revealed, but most owners – myself included – found they quickly got used to it. All the same, Apple is rumored to be working on reducing the size of the sensor housing by integrating the Face ID sensors into the camera.

What do you think of Samsung’s approach? Is it better to have a notch, or small holes in the top of the display? Please take our poll and share your reactions in the comments.