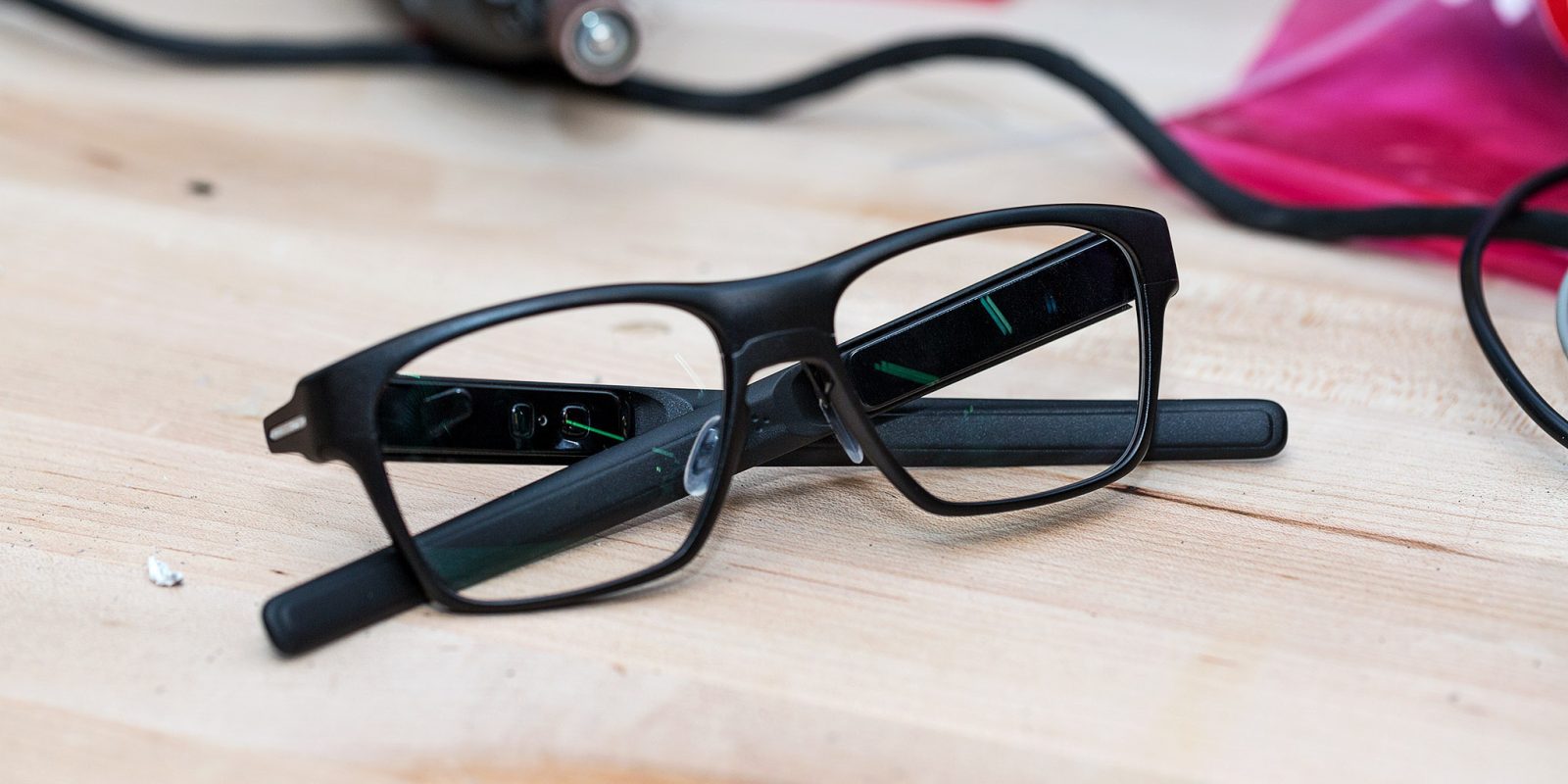 Google Glass has devolved into nothing more than a meme. What was once a genuine — and quite frankly, noble — attempt at building the first mainstream augmented reality glasses, is now the butt of every AR joke. But whatever you think of it, Glass has one thing going for it. Every single pair of AR glasses that come out in the coming years (and yes, I would bet my right eye that we’re going to see lots of these things) is going to be compared to it, and that includes a mysterious new pair from Intel.

If you’re like me, you were probably somewhat surprised to see Intel is building something like this. Much more often known for building components that are used inside finished devices than for building the devices themselves, it’s interesting to see a company most-known for its CPUs build a device that is — in theory — more external and personal than even a smartwatch or a smartphone. While Intel is known for wacky hardware experiments that never become real products, this seems different.

Let’s be clear, though: Intel isn’t entering the consumer electronics market with some huge AR splash. The company is actually planning to sell a majority stake in its AR business, according to a report from Bloomberg last week. A source for The Verge says that, in reality, this will mean the company hopes to “find a partner to help bring this thing to retail.” So you probably shouldn’t interpret this news as Intel’s core business changing, but rather a glimpse into a product that might sort-of come to fruition this year given that all the right stars align.

With that aside, though, the fact remains: Intel has been building a pair of AR glasses for a while, and now we know what they look like. And reading The Verge’s detailed rundown on the device, called Vaunt, I am left with precisely the impression I was hoping for: Vaunt is way more different from Google Glass than it is the same. Intel is stripping smart glasses down to the bare essentials (seriously, there’s almost no I/O on this thing), and putting physical appearance and practicality first.

The theory, as Dieter notes, is that “less is more,” and that seems to be a popular theory in the wearable space where no true killer apps have yet been found — save for the health features of Fitbit and Apple Watch, maybe. Smartwatches as a phone notification extension don’t seem to be particularly appealing to consumers (especially not on the Android side), and there has yet to be a pair of AR glasses to hit shelves that made any sense at all. Google Glass didn’t even pass the looks test. And other attempts, like Microsoft’s HoloLens and Magic Leap, are more similar to VR apparatuses than glasses.

Glass kind of hoped to do it all, and in the end, failed at everything. It was marketed in its early days as an awesome first-person camera. And as a fashion statement. And as a helpful assistant. And an enterprise heads-up display. And as a notifications device. For Google, this can just be shrugged off as an experiment that wasn’t advertised in line with its mission. That’d be true; it turns out the avenue Google decided worked — for now — was the enterprise market. But the fact remains that many companies, including Intel, believe Glass-like products will find their way to consumer eyeballs.

Snapchat Spectacles were interesting in that they picked one aspect of Glass, the first-person camera, and tried to market a whole product around it. Intel’s take is similar and different: It’s basically the display piece of Glass done better, and only the hardware that’s required to power that.

What’s unique about Vaunt is that they look to be the first pair of AR glasses that might be borderline palatable for normal buyers. They use normal glasses lenses, and if you weren’t already aware that they have the tech built-in to power a retina-projector display, you probably wouldn’t think they were anything more than a pair of bulky — if not a little ugly — glasses. That alone is an achievement, I think. But the way this — the facade that it’s just normal clothing —  is accomplished is by stripping it of all functionality and hardware that aren’t entirely necessary for a basic display.

That, to me, makes Vaunt a lot more like Project Jacquard than Google Glass. Unlike Glass, these have no microphone, no camera, no external display, no bone-conducting speaker, no method of controlling it via touch, no huge battery pack behind your ear, and no claim — implied or otherwise — that they can altogether replace your smartphone with powerful AR apps. Much like Jacquard, Vaunt is an almost-single-function product that connects to your phone over Bluetooth. Also very much like Jacquard, the Vaunt team says that form factor is one of the device’s most important aspects.

It’s an interesting trend to consider, and one that even those working on the device in Intel’s own New Devices Group admit: “Listen, sometimes a better way to succeed is to make the problem smaller,” the company’s Ronen Soffer said. Clearly, the company is hoping that by focusing on the form factor and nailing a single function (display information from your phone at a glance in situations that make sense), they can build an AR wearable that consumers might be interested in. It’s just like Jacquard, which has its biggest hopes in providing a Bluetooth-enabled solution to an even smaller set of “problems,” like bikers who need a way to control music without looking at their phones.

As mentioned, though, the “less is more” theory is just that: a theory. Will single-purpose wearables eventually capture consumers? Snapchat clearly believed the theory when they launched a pair of wearable glasses that functioned simply as a camera — and even rebranded themselves as a camera company. Sales of those cameras have evaporated. Project Jacquard is a great idea and I think even better than smartwatches in some ways, but will anyone ever care about the benefits of touchable fabric to control their phone enough to pay the extra cash to get it embedded in their jackets? 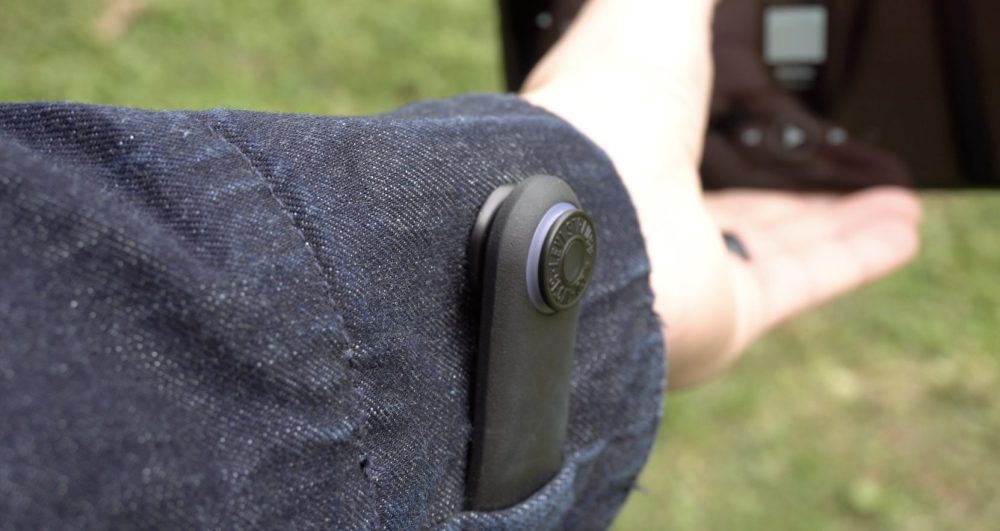 All things considered, I think the Jacquard-like approach is smarter than just trying another Glass. Clearly, the current limitations of hardware can’t pack all the functionality of Glass into a normal-enough form factor to fit into the average person’s existing glasses-buying habits (i.e. once every few years at an eye appointment), so at least Vaunt is trying to meet consumers where they are. With smart apps that take advantage of AI and provide just those tidbits of information right in your glasses in the moments you need them, I could see myself wearing a pair of Vaunt over my “normal” glasses. Like I said in my review of Jacquard, that’s an easy decision because it wouldn’t be much different.

With no obvious I/O, it’s also easy to see Jacquard — or potential future products like it — as a great compliment to Vaunt. Jacquard as a technology hasn’t realized its full potential yet, I don’t think, and I see Vaunt in a similar light. Perhaps none of these “form- and single-function-first” wearables will ever succeed by themselves, but maybe wearing a web of them will someday create wearable computing the way we’ve been imagining it this whole time. Smartphones crammed into the form factor of clothing didn’t work, but maybe starting with the clothing first and slowly adding tech will.