Snapchat continues cautious roll-out of redesign, plus new fonts and Do Not Disturb 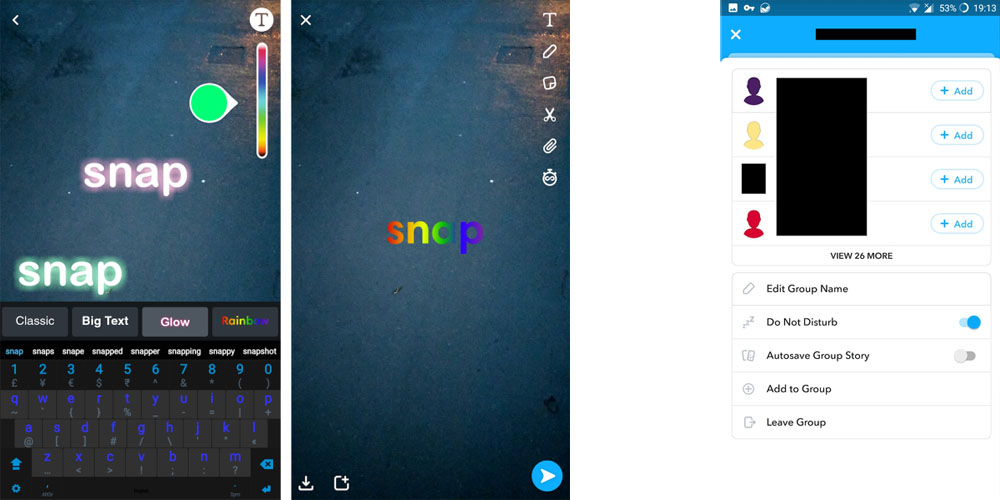 Snapchat is continuing its gradual rollout of a major app redesign. It is treading cautiously, with a widespread rollout of the the redesign limited to a handful of countries to date, perhaps mindful of the poor reviews it has been receiving.

In the US and elsewhere, Snapchat continues to drip-feed new features, with one quietly rolled out in the last few weeks and another on the way …

Do Not Disturb has already been added but without any fanfare, reports TechCrunch.

By tapping and holding on a person or group, it lets you mute notifications from them so you don’t get constantly alerted but also don’t have to block them or leave the group. They won’t know you silenced them. That’s especially helpful if a close friend won’t shut up on Snapchat, but it’d be rude to cut them out entirely.

This mirrors a feature long supported in Facebook Messenger.

Snapchat confirms it’s starting to roll out new text styles just a week after Instagram added its new “Type Mode” with modern, signature, typewriter and billboard fonts. They’re coming as part of the big redesign that’s currently reached the U.K., Australia and Canada, but that a wider rollout has been steadily delayed.

When typing, Snapchatters will see the option to switch between the existing small and big text option, as well as new Glow neon lettering and Rainbow that swashes color gradients across your words. These could help users express ideas with more style or silliness. Text captions are now treated like stickers so multiple captions can be added to the same Snap, just like on Instagram.

Snapchat is due to release its earnings report later today, when all eyes will be on whether it has managed to stem – or at least reduce – its losses.