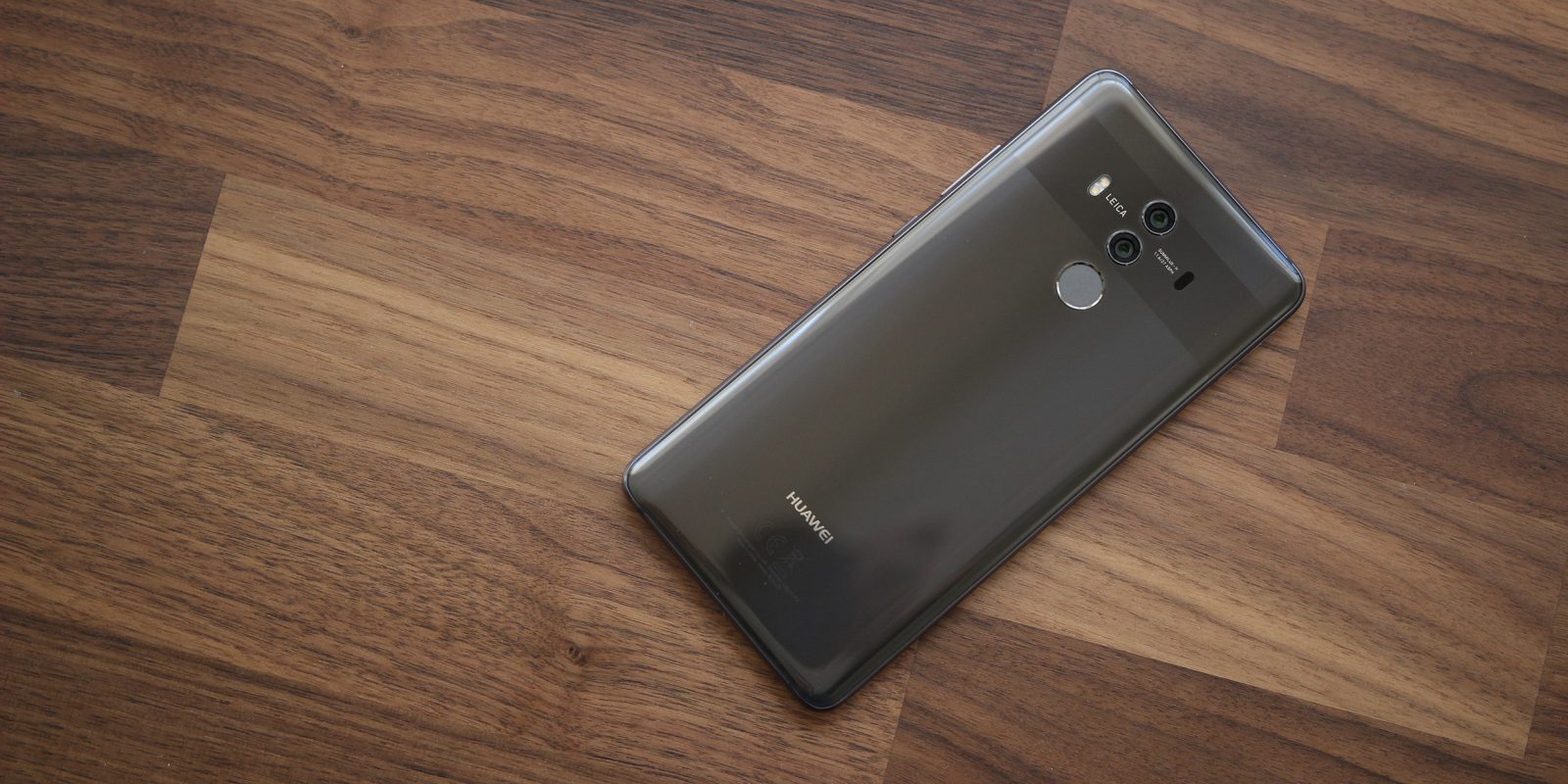 There are two phones that really stick out in my mind from last year. The Google Pixel because of its superb performance, excellent software, and incredible camera. The other is the Huawei Mate 9, a phone that caught me by surprise and easily became one of my favorite phones ever. Now, there are a lot more phones on the market that are worth your attention, so Huawei’s latest, the Mate 10 Pro, has some stiffer competition. Is it worth your hard-earned dollar, though? Let’s take a look.

If there’s one thing Huawei has seemingly always been good at with its flagships, its design, and the Mate 10 Pro is the pinnacle of that. The glass and metal design is very standard for 2017, but it somehow looks even better on this device. The slightly rounded back makes the glass melt into the metal side rails and the accent stripe just stands out in a wonderful way.

In short, the Mate 10 Pro is just gorgeous, but it doesn’t just look good, it feels great too. That curved glass rear is extremely slippery, but it feels amazing in the hand. The added weight of those materials and the massive battery inside also gives the phone a really nice feeling in use, although you probably shouldn’t go caseless. Thankfully, there’s one included in the box.

…But I can’t help but feel like something is missing

Despite all that, however, something feels like its missing from the Mate 10 Pro when it comes to the hardware. The design is gorgeous and the materials are premium, but certain things are just lacking.

There are nitpicky things, like the lack of an extra speaker grill at the bottom or the abundance of Huawei logos (front and back, really?), but there are more glaring omissions too, like the fact there is no wireless charging. These certainly aren’t deal breakers, but they definitely take away from the experience a bit.

The bezels are thinner, but 18:9 and OLED are the game changers

It’s 2018, and obviously, Huawei is going to be jumping on some of the big bandwagons that have popped up in the past year, and one of those is a “bezel-less” display. While Huawei hasn’t fully ditched the bezels, they’re certainly thinner than the Mate 9 (which, keep in mind, were already pretty thin), and they look great.

However, thin bezels don’t make this phone’s display a star. Rather, it’s the debut of 18:9 and OLED on Huawei’s lineup. This is the first OLED display the company has ever added to one of its phones, and it is an excellent panel. The 6-inch display is sharp despite being only 1080p, and the colors are vibrant. 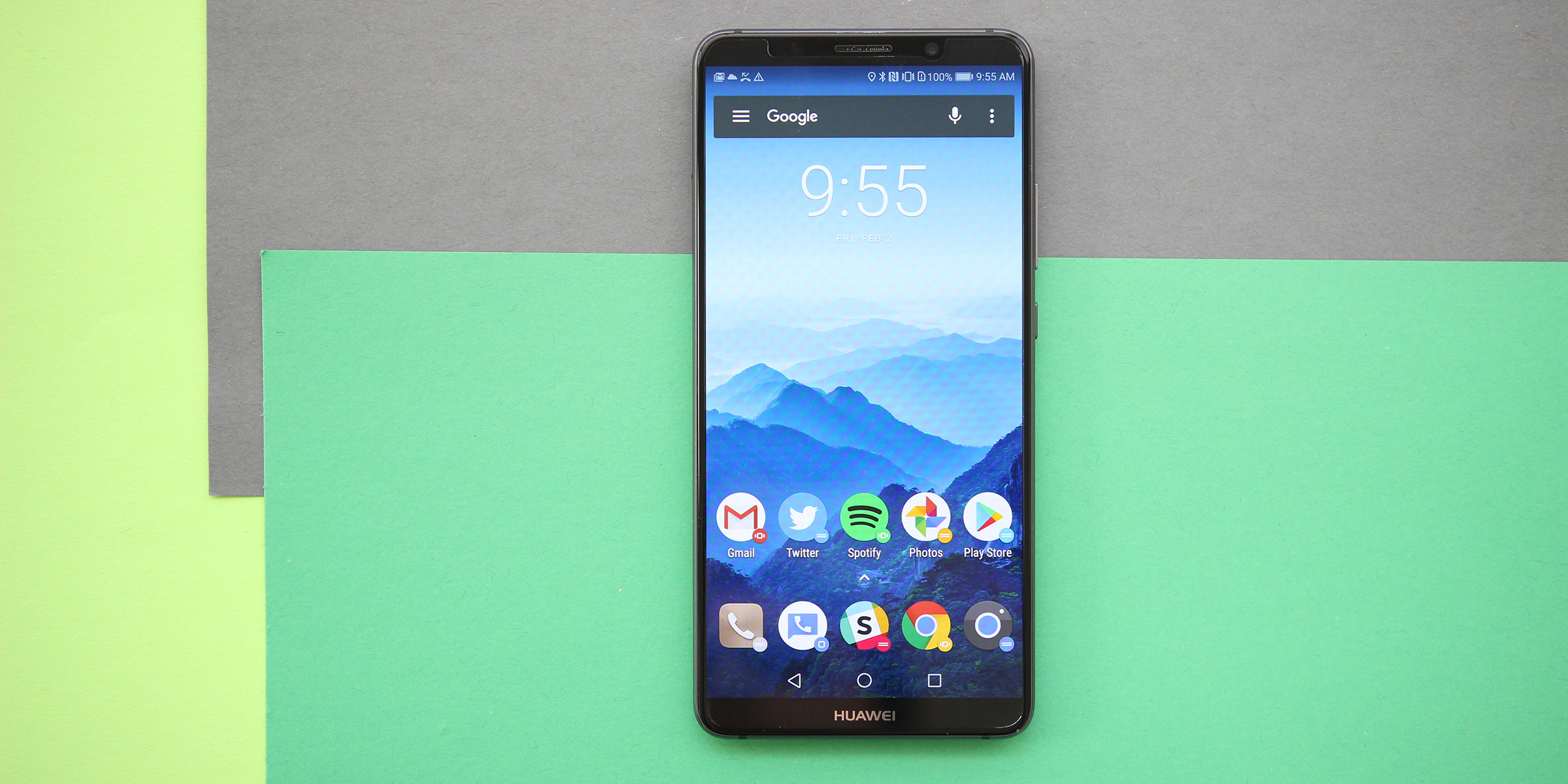 The 18:9 aspect ratio is also excellent for handling the device, making that large display much more manageable. While some apps don’t play nice with this ratio, Huawei’s software has the option to force them to adjust, and regardless, I still prefer this just because it’s easier to hold and use.

EMUI is still getting better, and now it’s got Oreo

Software has been Huawei’s Achilles Heel for, well, for as far back as anyone can remember. The Mate 9, though, ditched the horrid iOS clone for EMUI 5.0, and the company has only gotten better in the year since.

The Mate 10 Pro ships with EMUI 8.0, as the company decided to jump from 5 to 8, probably to match up with the paired Android version — Oreo. This latest version of EMUI honestly doesn’t change anything you’ll actually notice, but it brings all of Oreo’s best features. That includes improved notifications, picture-in-picture (which is great on this big screen), and all of the behind the scenes tweaks that make Oreo better.

Huawei hasn’t slouched at all on the Mate 10 Pro in terms of specifications. You’re getting 6GB of RAM, 128GB of storage, and the all-new Kirin 970 processor. Last year’s Kirin 960 was an astounding chipset, beating out even Qualcomm’s best for months to follow. The 970, though, doesn’t really match up in my opinion.

Performance here is solid, and just about as good as something from Samsung or LG, but it’s not as impressive as what we had on the Mate 9. Perhaps I’m spoiled by the Pixel 2 family, but the Mate 10 Pro feels like it struggles with things more often than it should, and EMUI seems to have more problems this time around.

I don’t think anyone will truly be disappointed with this phone in terms of performance, but it’s not as impressive as last year.

Artificial Intelligence is here, but you might not ever really notice it

Part of the Kirin 970 that Huawei is making a big deal about, however, is its AI capabilities. AI is going to be the next big thing in smartphones, and Huawei is preparing for that with a dedicated neural co-processor in the 970 that can handle tasks related to AI. 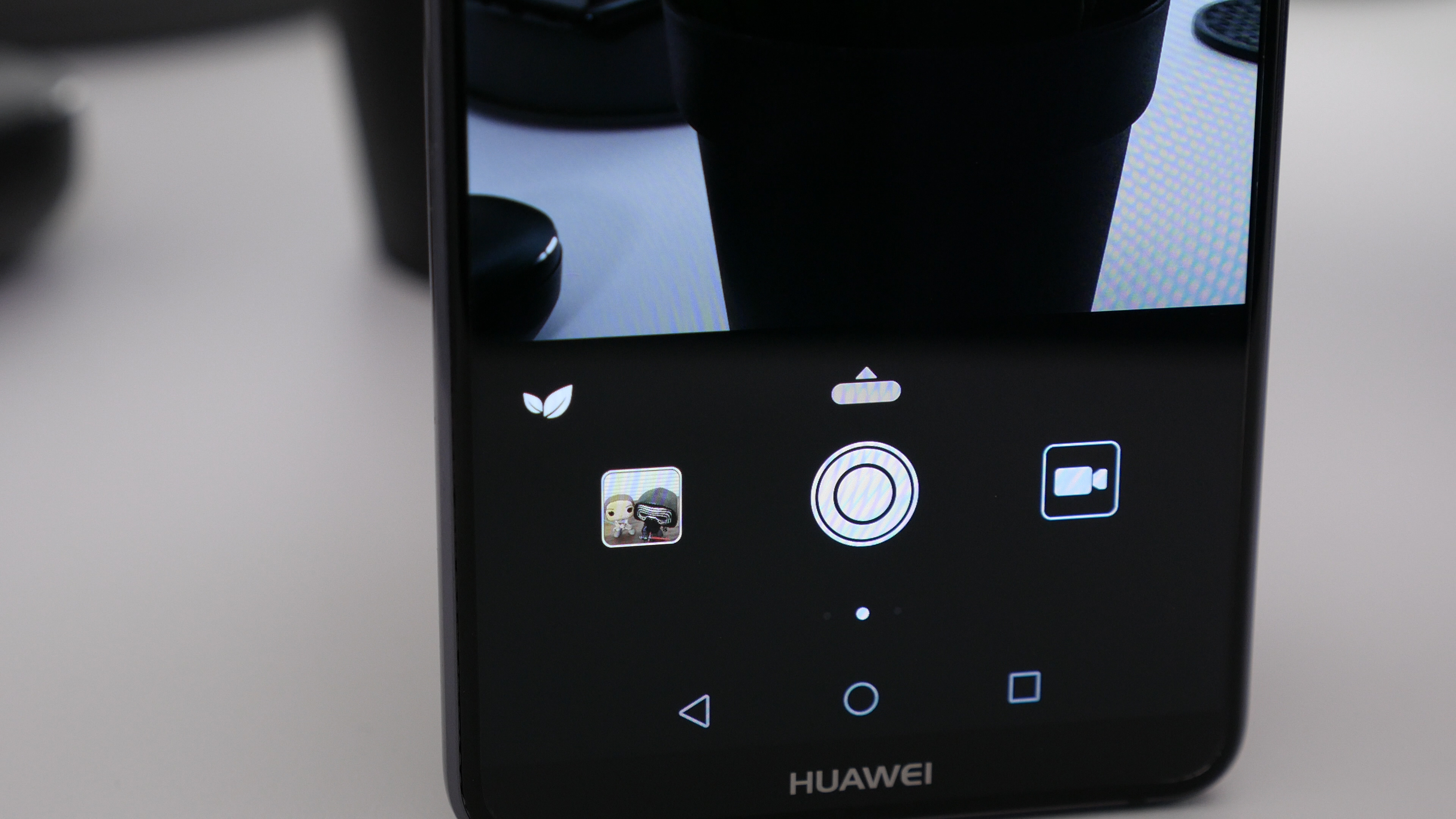 To show that off, the Mate 10 Pro has a handful of AI tricks. However, you’re probably not going to actively notice many of them. One of the tricks lies in the camera app where the phone uses AI to detect what is in the shot you’re about to take and adjusts the settings to best suit that scene. It’s incredibly quick and mostly accurate.

Another trick lies in translation, as the pre-loaded Microsoft Translator app will be able to use AI to translate text in images into other languages faster than other phones.

As I said, though, you probably won’t notice AI doing much on your phone in daily use. This is something that’s going to sit in the background and do impressive work that you’ll take for granted without meaning too, and really, that’s the best kind of artificial intelligence.

A powerhouse as usual

Huawei’s Mate series in the past couple of years has really turned into a powerhouse not just in horsepower, but also in battery life. The Mate 10 Pro is no exception to that with a 4,000 mAh battery packed inside.

Long story short, it’s impressive. I can easily get through a full day of heavy use on this phone with as much as 4 hours of screen on time over 14-16 hours with up to 40% of my battery remaining. Days with average use can easily give me up to 60% left at the end of the day — plenty to make it through another.

If you do manage to run the phone down by the end of the day, there’s still Huawei’s SuperCharge fast charging brick which is included in the box and promises a day’s worth of charge in just 20 minutes.

Good, but not great

Huawei’s cameras are generally pretty awesome, but there’s always something off. The Mate 10 Pro is no exception. Despite its score of 97 on DxOMark (note, only one point behind the Pixel 2), the Mate 10 Pro feels unexciting.

Pictures taken with this dual-camera setup have plenty of detail, but the colors are underwhelming and the dynamic range is unimpressive. Don’t get me wrong, this is a good camera, it just doesn’t measure up against what Google has done with the Pixel, nor does it feel like it lines up with a lot of other devices in this price range.

Huawei’s phones are generally enthusiast-friendly, packing features you don’t find on a lot of other devices. That’s especially true when the word “Pro” is in the title. The Mate 10 Pro, however, is weird in that respect. Not only is the display lower resolution than most flagships, but it also lacks an SD card slot and a headphone jack.

Personally, I’m fine with this because I don’t need an SD card slot or a headphone jack, especially with a 3.5mm adapter in the box and a pair of USB-C earbuds. However, calling this device “Pro” without features like this just seems misleading, especially when the regular Mate 10 has both.

The included case is simple, but great

Android OEMs have seemingly been trying to ditch as many accessories in the box as possible over the years, so additions are always appreciated. In the box with the Mate 10 Pro, you get a simple TPU case, and it’s actually pretty good.

This case isn’t going to do much in terms of actually protecting your phone, but it’s great for adding grip without taking away from the design, and adding grip is something this phone sorely needs.

Another small note that Huawei deserves credit for are the speakers on the Mate 10 Pro. There’s a driver on the bottom of the phone which works along with the earpiece to create stereo sound. It’s not like dual front-facing speakers, but it’s certainly much better than most phones out there today.

At the end of the day, the Huawei Mate 10 Pro is a really good phone. It lacks a bit in the camera department and has other minor problems, but none of those are deal breakers by any means. 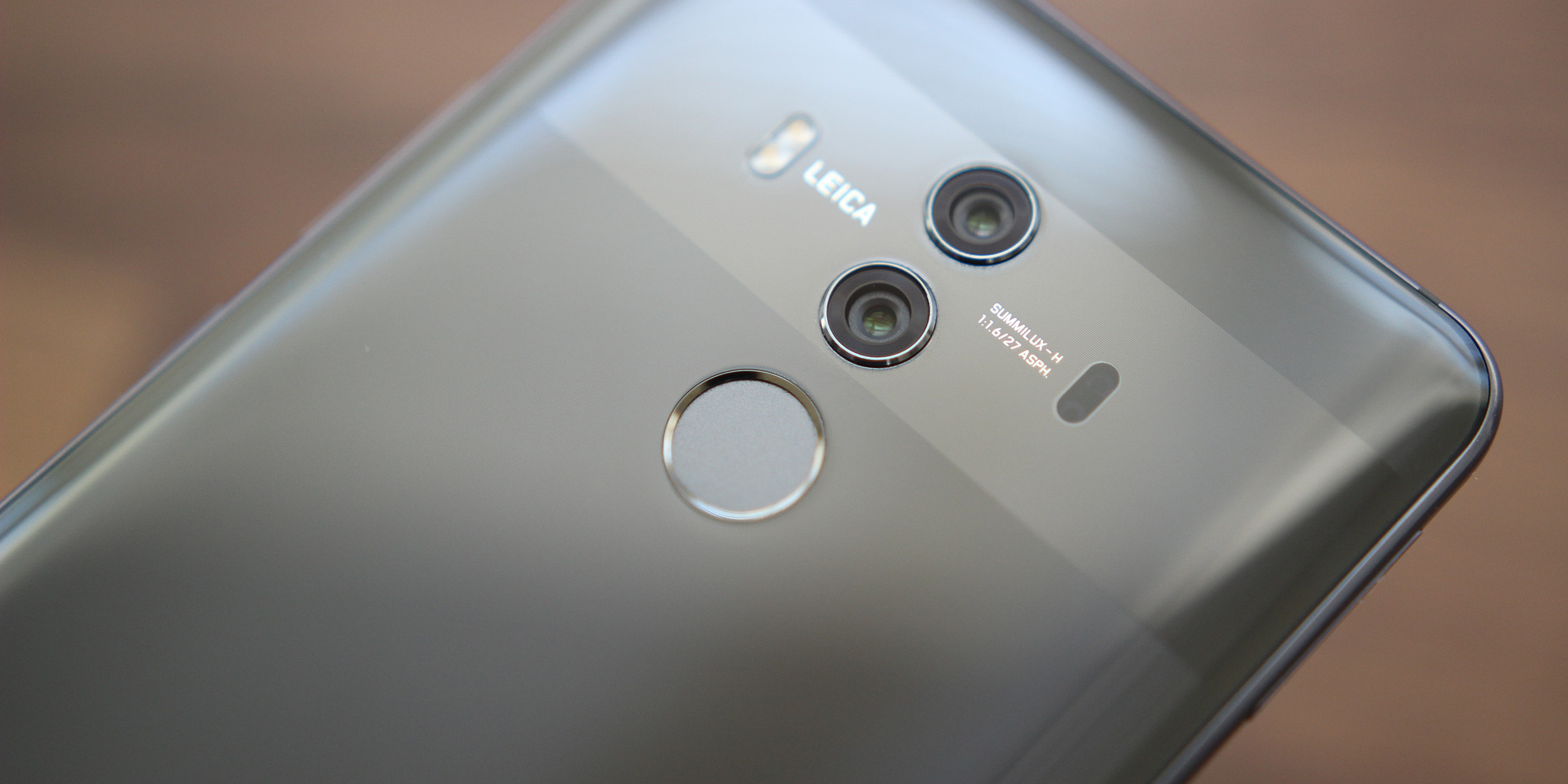 What, unfortunately, makes it very hard to recommend the Mate 10 Pro is its price point. Huawei is bringing the Mate 10 Pro to the US for $799, undercutting the iPhone X and Pixel 2 XL for sure, but severely limiting the number of people who can actually afford it. If Huawei was working with carriers to offer financing and special pricing, then it’d probably be a great buy, but when you’re trying to buy a phone unlocked at a full price this high, it’s hard for anyone to say that $799 is a good deal. That’s especially the case when you look at why Huawei couldn’t keep carriers on board, and the phone’s own shortcomings.