As Google noted during its Q4 2017 earnings call earlier this month, the company is planning on hiring thousands of more people in 2018, which will require office and data center expansion. The company further detailed those U.S. plans today as it breaks ground on its first of several new facilities.

Across five states, Google is planning to expand existing or open new data centers. This $2.5 billion project will benefit Alabama, Oklahoma, Oregon, Virginia, and Tennessee with CEO Sundar Pichai attending the ground breaking of the Clarksville/Montgomery County site in the latter state today.

Pichai notes that Google currently employs an estimated 1,900 people directly on the data center campuses, with the sites having “a strong impact on the economies around them.”

We’ve created thousands of construction jobs—both for our data centers themselves, and for renewable energy generation. And our renewable energy purchasing commitments to date will result in energy infrastructure investments of more than $3.5 billion globally, about two-thirds of that in the United States. 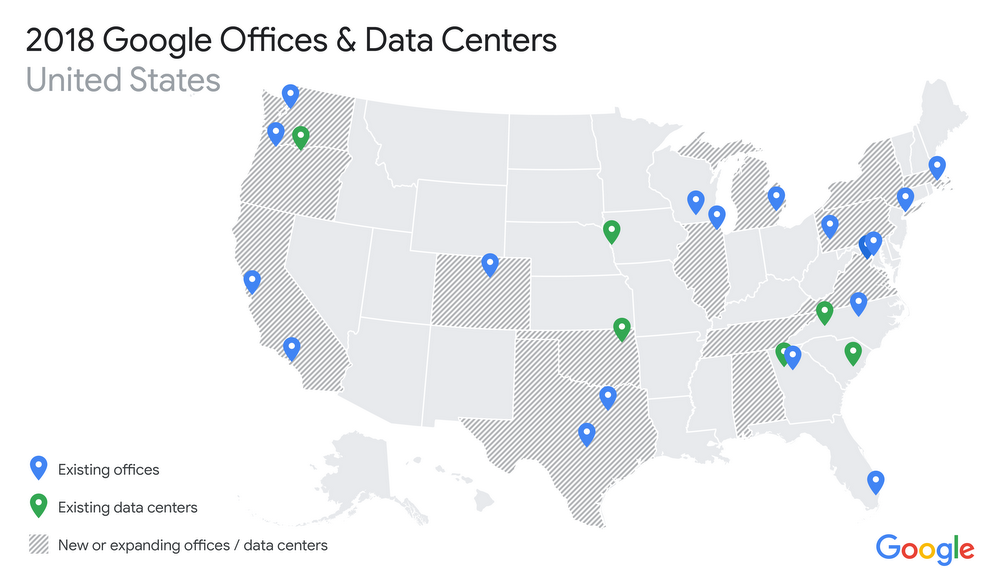 Having talented people from different places, bringing diverse perspectives and backgrounds to work, is essential to the development of our products. In these locations, there will be jobs for thousands of people in a variety of roles—engineering, operations, sales and more.