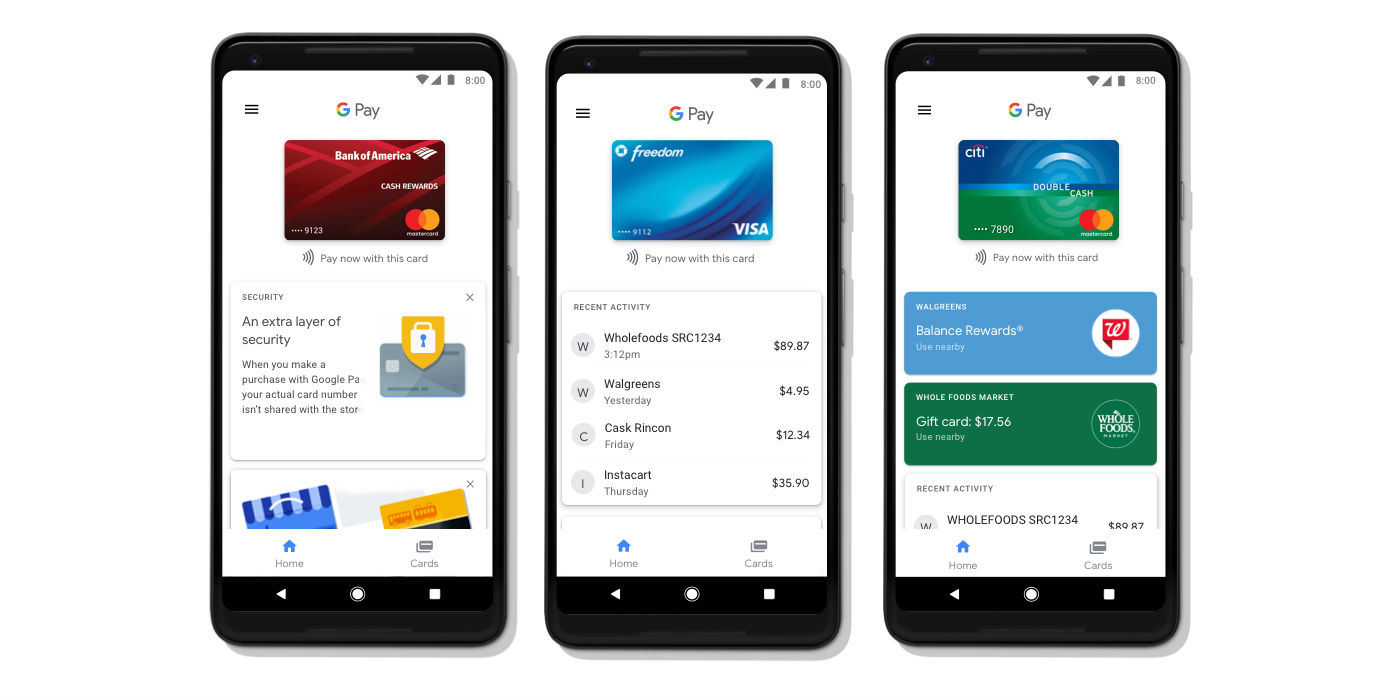 Following the debut of its Pixel lineup, Google has really started to place more emphasis on its own name in branding. Recently, the company announced that it would be merging its payment options under the same roof with “Google Pay,” and that officially starts today.

Starting today, Google is finally replacing Android Pay completely with Google Pay. A new update will be rolling out “soon” with the new branding in tow, as well as a new design. Presumably, this will happen in the US first, as the Google Play listing has already changed, where in other countries it hasn’t.

With this change in branding comes a new design. Android Pay’s interface was incredibly simple, but functional as well. Google Pay, however, will offer a bit more functionality and organize things a little differently.

The main screen with this new app now shows your primary card, as well as contextual information. For example, this could include recent transactions or rewards cards that you might be able to use nearby.

Google Pay’s new Home tab gives you the info you need, right when you need it. See your recent purchases, find nearby stores, enjoy easy access to rewards, and get helpful tips.

Complimenting that, a second section of the app will be dedicated to just your cards, including both payment methods and gift cards/rewards cards.

The Cards tab is an easy way to keep everything you need at checkout organized and at the ready. It’s where you’ll store your credit and debit cards, loyalty programs, offers, and even that stack of gift cards from last year’s birthday. 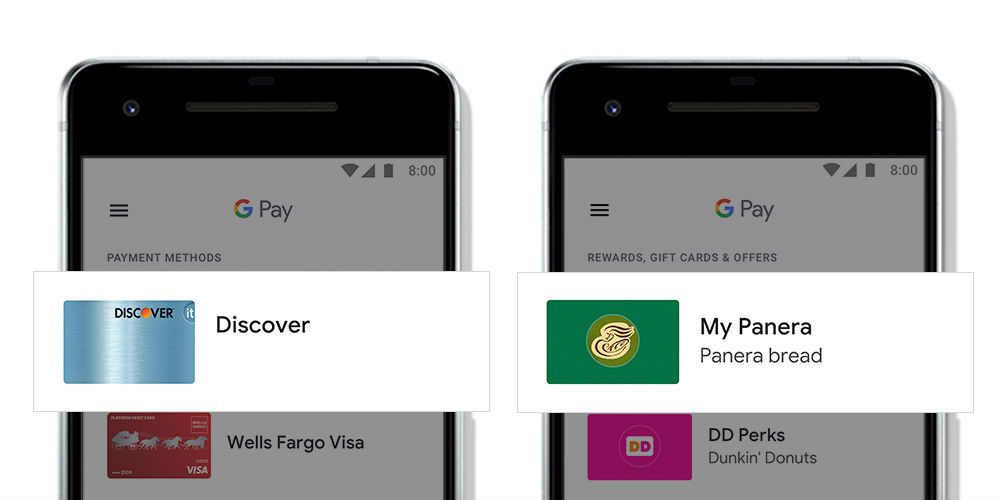 As you’d expect, this new update keeps all of Android Pay’s best features, including a security feature which uses a different card number from your actual card when shopping in stores. Google Pay can also be used to pay online for quicker checkout.

Finally, Google has also revealed some more information on how Google Wallet will play out with all of this. Apparently, Wallet is being renamed as “Google Pay Send” and will also be given a redesign soon. It’s unclear if Google intends to eventually merge that same functionality into the standard Google Pay app, but that seems logical to me…