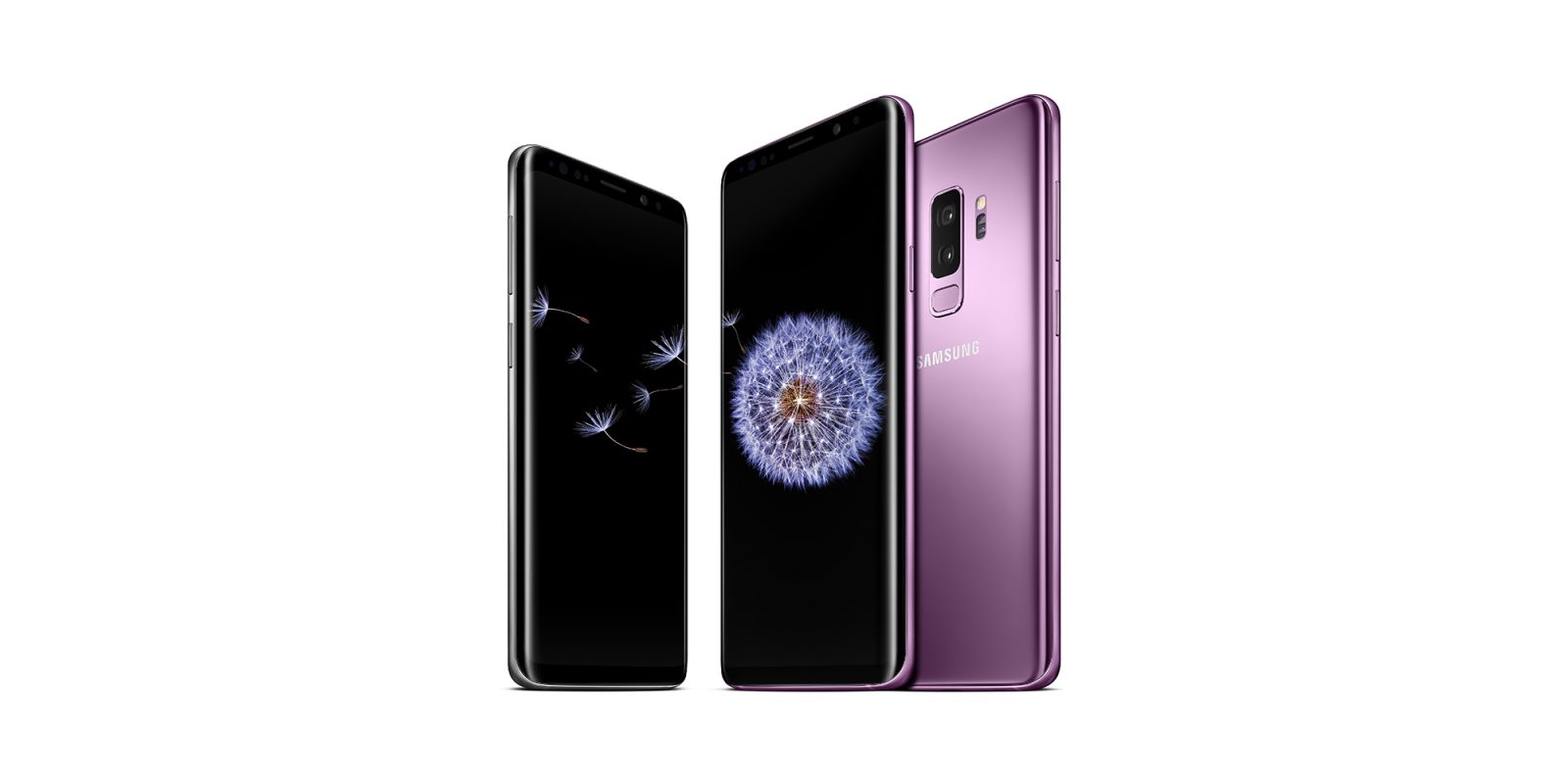 While the Galaxy S9 and S9+ won’t cost as much as previously rumored, both phones do still cost a pretty penny. Thankfully, Samsung and most of the major US carriers are offering deals to get you to upgrade your phone on its service. Here’s how much the Galaxy S9 and S9+ will set you back if bought directly from Samsung or on contract with a carrier.

Additional deals on Galaxy S9 and S9+ pre-orders can be found on 9to5Toys.

And don’t forget to check out our list of best cases, chargers, and other accessories to go along with your brand new Samsung smartphone.

First of all, Samsung will be selling the Galaxy S9 and S9+ unlocked for $720 and $840. The company will be offering 24-month financing options so you can pay off your new Galaxy S9 for $30 a month or your S9+ for $35 a month. Pre-orders start on March 2 with orders shipping on March 16.

Additionally, Samsung is offering up to $350 off the phone when you trade in a qualifying device. The company isn’t sharing details yet about what devices qualify for this offer, but in the fine print, Samsung states that this discount is only applied if you also sign up for its upgrade program, finance the phone on a 24-month basis, and pay for the premium protection plan.

In short, AT&T buyers will be able to nab up to $500 in bill credits. You’ll get a $150 bill credit if you’re changing carriers to AT&T from a competitor, and an extra $350 in credit when you trade in a relatively modern smartphone: Galaxy S8, iPhone 8, LG V30, among others.

Pre-orders kick off on March 2 with phones shipping and becoming available in-store on March 16.

T-Mobile will be selling the Galaxy S9 and S9+ in Midnight Black, Lilac Purple, and Coral Blue. The smaller handset will cost $30 a month on an installment plan with $0 down while the bigger device will also cost $30 a month but with $120 down. This works out to roughly $720 and $840 over a 24-month period.

Thankfully, the Un-carrier will be offering bill credit when you trade-in an older device. Basically, you’ll get up to $360 back when you give T-Mobile a phone from the last two years and $200 back when you send in a number of older devices.

Like T-Mobile, Verizon is also offering trade-in deals. The potential amount for your device is broken down below:

Just like every other carrier, Sprint will begin letting customers pre-order the Galaxy S9 and S9+ on March 2 with both phones launching on March 16.

But if you’re thinking about switching over to Sprint from another carrier, you can get a deal similar to the one AT&T offering. Basically, if you trade-in a qualifying smartphone, you can get up to $350 off of your Galaxy S9/S9+ bill over the 24 month period. Additionally, if you switch from another carrier and bring your phone number with you, Sprint will give you a $150 Visa gift card.

Both phones will be available in Midnight Black, Coral Blue, and Lilac Purple.

U.S. Cellular will be selling the Galaxy S9 and S9+ in Midnight Black, Coral Blue and Lilac Purple with pre-orders beginning on March 2. While the carrier isn’t sharing pricing just yet, U.S. Cellular is offering a $350 bill credit when you sign up for its unlimited plan ($40/month) and trade-in an eligible phone. If you don’t have a phone to send in, U.S. Cellular will still reduce the phone’s cost by $250 while on the unlimited plan.

Additionally, U.S. Cellular is going to be selling a “Samsung Fast Charger Power Bundle.” In it, customers will receive a wireless charging pad, a vehicle charger, and a portable battery for $124.99 or $10.37 per month for 12 months.

Galaxy S9 can also be paired with no-contract plans from Boost Mobile, giving consumers an additional way to save and find the best option to fit their needs. Available in Midnight Black, customers can purchase Galaxy S9 beginning on Friday, March 16.

Best Buy will be selling the Galaxy S9 and S9+ for multiple carriers. And just like all of the carriers, Best Buy will begin to accept pre-orders on March 2. But to sweeten the deal, if you pre-order either flagship on the 2nd, you will get $100 off the price of the phone when you activate a line.

Additionally, Best Buy will give you up to $350 back when you turn in your old phone. A list of eligible phones for trade-in can be found here.