Samsung has slowly been rolling out Android Oreo to its first flagship from 2017, the Galaxy S8. Last week, that rollout finally expanded to the United States with the Verizon variant, and over the weekend two more carriers started pushing out that same update…

As pointed out by TmoNews on Saturday, Android Oreo has started rolling out to the Galaxy S8 and Galaxy S8+ for users who purchased the T-Mobile variant of the phones. The update is available for both Samsung’s smaller and larger phones from last year and weighs in at around 1.5GB for both models.

In either case, the phone is being updated to Android 8.0 Oreo (note: not Android 8.1) with Samsung Experience 9.0 and the February security patch in tow. 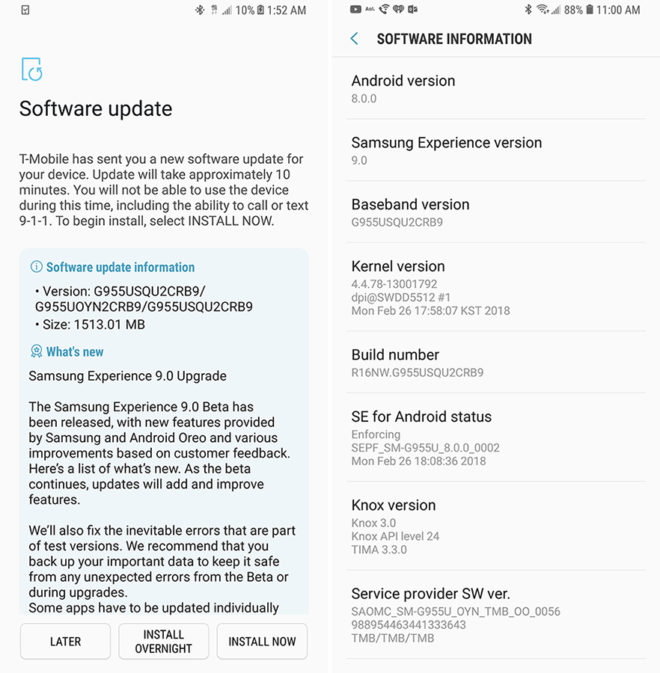 Just hours after T-Mobile users reported seeing the update, Galaxy S8 owners on Sprint had similar findings. Obviously, the same update is rolling out in this case, and it’s rolling out to both versions of the S8 as well.

This leaves just AT&T as the only major US carrier that has not updated its Galaxy S8 devices to Android Oreo. Hopefully, we’ll hear more on that front in the coming days.